Corruption Watch: Want to open a business in SA? Be afraid. Be very afraid. 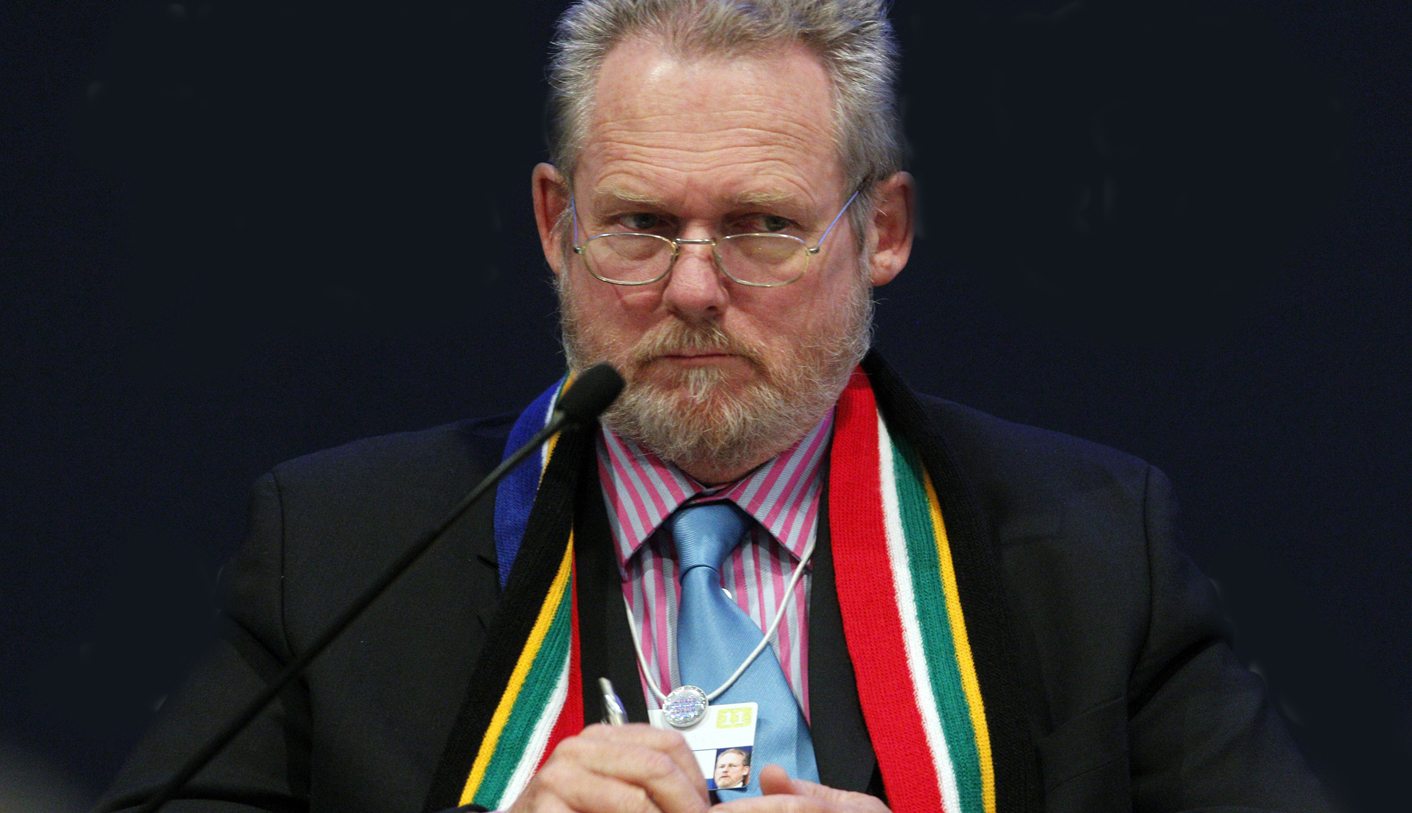 Local municipalities and police will soon have the responsibility of issuing and inspecting business permits. Corruption Watch says the situation is ripe for corruption, and with good reason. Whether you own a business or are thinking of starting one, things might just get a lot more complicated. By GREG NICOLSON.

Corruption Watch has added its voice to those casting doubt on the Licensing of Businesses Bill, the stated aims of which are to provide a clear national framework for processing business applications and “to build local government into an efficient, frontline agency capable of integrating the activities of all spheres of government for the overall social and economic upliftment of communities.”

Basically, local and metropolitan municipalities will decide whether to grant business licenses and traffic cops will be deemed inspectors, along with other authorities, with the power to monitor compliance and temporarily close businesses.

“Corruption Watch is concerned with the designation and far-reaching powers of traffic officers, among others, as licensing inspectors,” the anti-corruption body said on Thursday in a press release. “The organisation is also uncomfortable with municipalities being the licensing authorities. Some 14% of all reports made by the public to Corruption Watch in its first nine months of existence involved traffic law-enforcement officials.

Such numbers indicate a substantial risk in making traffic officers licensing inspectors, Corruption Watch believes. In addition, 25% of all incidents reported to the organisation during the same period involved alleged corruption in municipalities. Municipalities, Corruption Watch submits, do not have sufficient capacity to handle their increased responsibilities as licensing authorities for all businesses.”

Corruption Watch called for a “complete overhaul” of the bill because it creates a situation “open to corruption and abuse”. Trade and Industry Minister Rob Davies has already gazetted the bill and public submissions closed on Thursday 18 April. Corruption Watch wants anti-corruption measures to be implemented and for the requirements to obtain a business license to be made absolutely clear. “The bill has not been carefully thought through by the authorities and the result is a piece of legislation dangerously susceptible to corruption and abuse,” said the organisation’s executive director, David Lewis.

ETM Analytics economist and blogger Chris Becker also submitted a letter to the Department of Trade and Industry (DTI) demanding the bill be “scrapped in its entirety”. He said the bill would protect the wealthy at the expense of the poor by creating unnecessary red tape that will raise the cost of starting a business and prevent new, small business owners from starting their own venture. He also questioned the role of the police.

“For a ‘free’ country, it also creates an excessive amount of power of the police and other government agents to interfere in people’s private affairs. According to the bill, an inspector may ‘enter any premises’ where there is a ‘reasonable suspicion’ that a business is being conducted,” wrote Becker. “It also means that police will have the power to raid and steal from poor and unsuspecting street vendors. It will also fuel corruption even further as government agents will be paid to stop harassing people.”

Peggy Drodskie, chief operating officer at the South African Chamber of Commerce, told Daily Maverick she thinks the bill should be scrapped. “You may very seriously find that because a company may have not received any information about the progress of its application that they decide to pay a bribe to get it through. We have such a situation in South Africa where that would not be an uncommon occurrence.” Drodskie said established companies could find themselves in a position where they must apply to renew their business license but during the period the application is being considered they may not be able to operate, leaving them in limbo for a possible 90 days.

“It’s going to cause more serious confusion because businesses are going to have to renew their registration and if they don’t hear from the licensing officials it will be assumed that the application is not approved,” she added. Drodskie pointed out that companies already have to register with the Companies and Intellectual Properties Commission (CPIC), which she said has had problems but is preferable to a new system. “CIPC should remain and [the Licensing of Businesses Bill] will be a duplication. Why do we go in with another structure that will in effect duplicate what is there? Let’s rather make the CIPC work more effectively.”

The Democratic Alliance (DA) is also concerned about the bill. Shadow minister of trade and industry Geordin Hill-Lewis said on Thursday that it will harm job growth in the small- business sector and is not in line with the National Development Plan. The bill, he said, “clearly runs counter to everything the NDP calls for. This bill requires every business in South Africa, no matter how big or small, to apply for a license to operate from the local municipality in which they are situated.

“The local municipality must keep a comprehensive database of information on every business that it licenses. Every police officer, traffic officer and a host of other officers will be empowered to be license inspectors, with far-reaching powers of search, seizure, and issuing of fines. The penalty for operating a business without a valid license could be up to 10 years in prison,” said Hill-Lewis in a statement.

The bill “opens up massive scope for corruption from municipal and police officers”, Hill-Lewis told Daily Maverick. Hill-Lewis said the bill would soon be tabled in Parliament after which the public consultation process will continue. He encouraged anyone concerned about the issue to make a submission. But he has requested an urgent meeting with Rob Davies to try and understand the minister’s rationale for the bill and if possible convince him to “scrap it and go back to the drawing board”.

Briefing Parliament in March, Davies said there needed to be closer scrutiny on businesses because of an increase in illegally imported goods and substandard products. He said the bill was aimed at streamlining the process for legal organisations.

“But, if you are found guilty of a number of offences, such as selling counterfeit goods… [and have] contravened the Customs and Excise Act, in other words you’ve been involved in illegal imports, found guilty of contravening the Foodstuffs, Cosmetics, and Disinfectants Act, been selling sub-standard products, employing illegal foreigners, or found guilty of conducting illegal business from the licensed premises, you’ve been doing drug trade or illegal liquor selling or anything of the sort… your license is automatically revoked.”

DTI spokesman Sidwell Medupe told Daily Maverick that the bill is intended to streamline the licensing process across the country. “In the bill what we are actually trying to do as government is trying to do away with red tape. There is no red tape.” He did not agree with criticism that it could create extra red tape and said all businesses must be licensed because it is unfair for the legal businesses if unlicensed entities are allowed to operate. “There is nothing that is being unfair,” he said.

Police and municipal officials are a key part of monitoring the planned system and the proliferation of the country’s informal sector could create conditions ripe for corruption. As inspectors, they can enter any premises where they suspect business is taking place and issue fines if there’s no business permit as well as confiscate goods and temporarily suspend a business license if necessary. The laws apply to anyone offering goods or services to the public, including street hawkers. Medupe would not comment on the possibility of corruption resulting in from the bill and said it would be better to contact municipalities.

Superintendent Edna Mamonyane from the Johannesburg Metropolitan Police Department (JMPD) said it is important not tar all JMPD members with the brush of corruption. “I don’t we should generalise. Seriously, it’s not everybody that’s corrupt. Most officers are committed,” she said on Thursday. She said many officers have family and other commitments but sacrifice these in order to do their job. “You do have very good officers that are doing their job that go beyond their call of duty,” she added.

Statistics SA, however, found that in 2010 and one-in-four people surveyed said they had paid a bribe that year. Corruption Watch found that around 50% of JMPD officers are involved in bribery and an average of 575 complaints are laid against the JMPD each year. “We don’t have a methodological statistical problem, we have, in our view, complete denialism on the part of traffic authorities on the scale of the problem,” said Corruption Watch’s Lewis.

For us in Johannesburg, the JMPD in itself is worrying, if we consider the organisation will be able to monitor whether businesses are complying with the law. Extrapolate the issue across the country and other organisations known for corrupt practices and business growth could be in serious trouble. DM