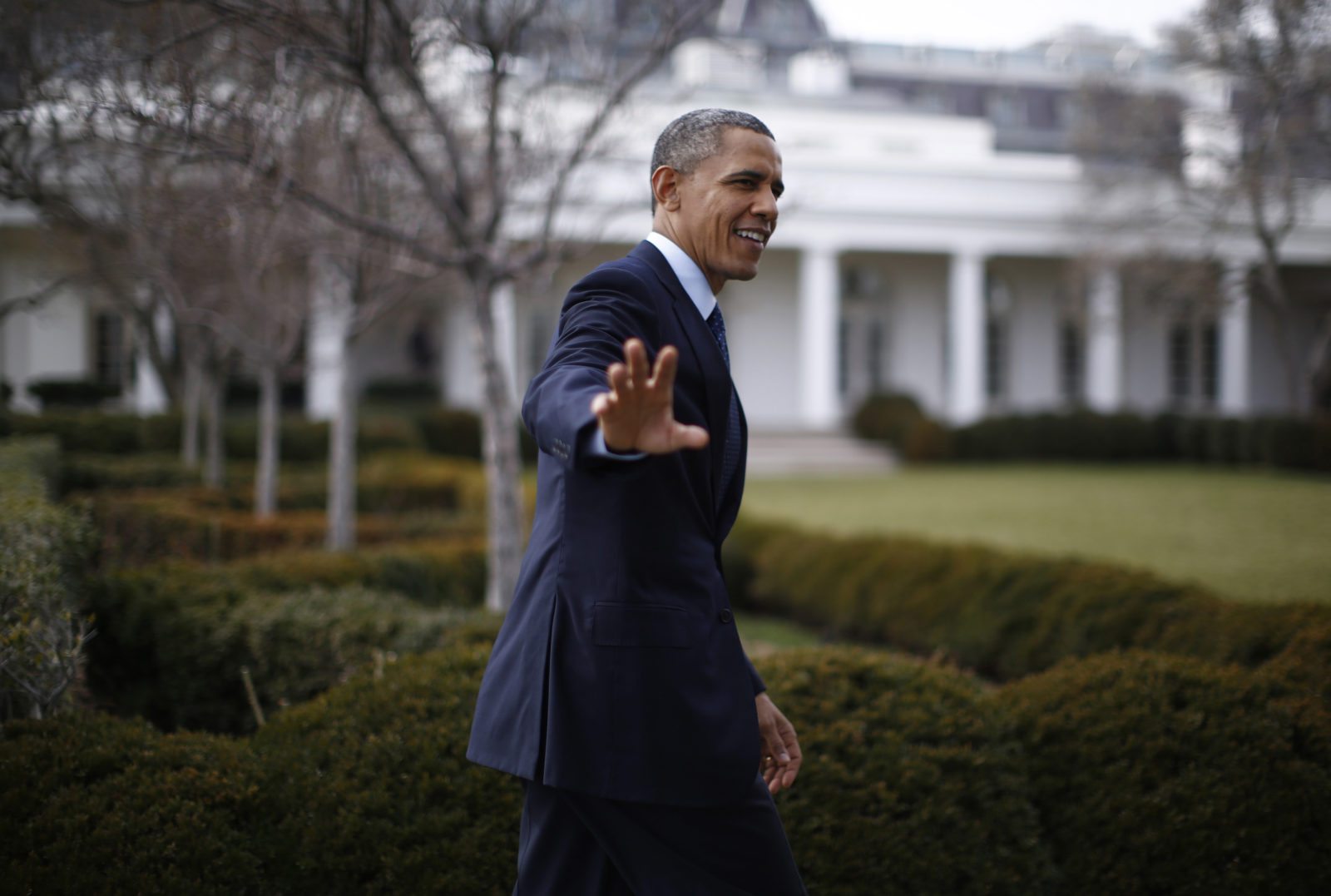 U.S. authorities are investigating a letter addressed to President Barack Obama after the contents preliminarily tested positive for the deadly poison ricin, the second report of such a letter in two days. By Jeff Mason and Susan Heavey.

The FBI said the envelope was received at a mail screening facility outside the White House and was immediately quarantined.

There was no indication of a connection to Monday’s bomb attacks at the Boston Marathon, which killed three people and injured 176 others, the FBI said.

Washington was put on edge Tuesday evening when news emerged that authorities had intercepted a letter sent to Republican Senator Roger Wicker of Mississippi that had initially tested positive for ricin.

Then on Wednesday, a flurry of reports of suspicious letters and packages further rattled the U.S. capital and caused the temporary evacuation of parts of two Senate buildings. Most of the reports, however, quickly proved to be false alarms, and business was only temporarily disrupted on Capitol Hill.

The mailings to Obama and Wicker were related, based on the postmarks and the identical language of the enclosed letters, according to an FBI operations bulletin reviewed by Reuters.

The letters included the phrase, “To see a wrong and not expose it, is to become a silent partner to its continuance,” and were signed, “I am KC and I approve this message.”

The envelopes both bore postmarks from Memphis, Tennessee, and were dated April 8. Memphis Mayor A.C. Wharton pointed out in a statement, however, that this does not mean the letters originated in that city.

An aide to Wharton explained that many areas near Memphis also are included in its postmark – including some in neighboring northern Mississippi, Wicker’s state.

For Washingtonians, the situation was unsettlingly reminiscent of events of nearly 12 years ago. Then letters containing anthrax spores were mailed to the Washington offices of two senators and to media outlets in New York and Florida, not long after the Sept. 11, 2001, attacks in New York and Washington.

The FBI said White House operations were not affected by the latest scare. It noted that filters at a second government mail screening facility had “preliminarily tested positive for ricin this morning” and mail from that facility was also being tested.

The tests were being conducted at Fort Detrick, in Frederick, Maryland, a government source said.

White House spokesman Jay Carney said Obama had been briefed on the situation.

Ricin is a lethal poison found naturally in castor beans, but it takes a deliberate act to convert it into a biological weapon. Ricin can cause death within 36 to 72 hours from exposure to an amount as small as a pinhead. No known antidote exists.

There was another ricin scare at the U.S. Capitol in 2004, when tests showed positive on a letter in a Senate mail room that served the office of Bill Frist, a Tennessee Republican who was then the Senate majority leader.

Law enforcement authorities on Wednesday closed and then reopened parts of the Hart and Russell Senate buildings near the Capitol after tests on suspect items showed there was no threat.

Police questioned a man with a backpack who had been delivering envelopes to Senate offices, a law enforcement official said. This delivery method broke the normal protocol, because no mail is supposed to be delivered without first being checked at an outside facility, Capitol officials said.

Police also investigated a suspicious package delivered to Republican Senator Richard Shelby’s office in the Russell building on Wednesday but determined there was no threat, said Jonathan Graffeo, a spokesman for Shelby.

Senator Joe Manchin told reporters he was kept out of his own office in the Hart office building for an hour as officials were investigating something deemed suspicious.

In Arizona, the bureau of Alcohol, Tobacco, Firearms and Explosives said two suspicious letters had been sent to Republican Senator Jeff Flake’s Phoenix office. Two staffers and a police officer were taken to the hospital as a precautionary measure after reporting irritation when handling them.

Flake later issued a statement on Wednesday saying no dangerous materials were detected in the mailings. One of them originated in Tennessee, Flake told reporters outside the Senate.

In Ohio, Columbus police responded to a report of a suspicious letter received on Wednesday at Republican Senator Rob Portman’s office but determined it was not dangerous, Portman’s office said.

Democratic Senator Carl Levin said one of his Michigan regional offices had also received a suspicious letter, but it was not opened. Authorities are investigating, and a staff member went to hospital as a precautionary measure, he said.

It is unclear if there was a connection linking the series of suspicious items delivered to politicians.

The Senate’s sergeant at arms, Terrance Gainer, sent a memo to all offices telling them only to accept mail from a uniformed Senate post office employee and, when in doubt, to call the police.

He said mail was being delivered that had already been cleared, but there would be no mail delivered on Thursday and Friday to allow more testing and investigation.

“Yesterday I reported the discovery of suspicious powder in our mail processing facility and the fact the powder was identified as ricin,” Gainer said in his memo.

“While that matter continues to be investigated by law enforcement authorities, I want to remind all staff both in Washington, D.C., and in state offices to continue to be vigilant in their mail handling procedures.” DM