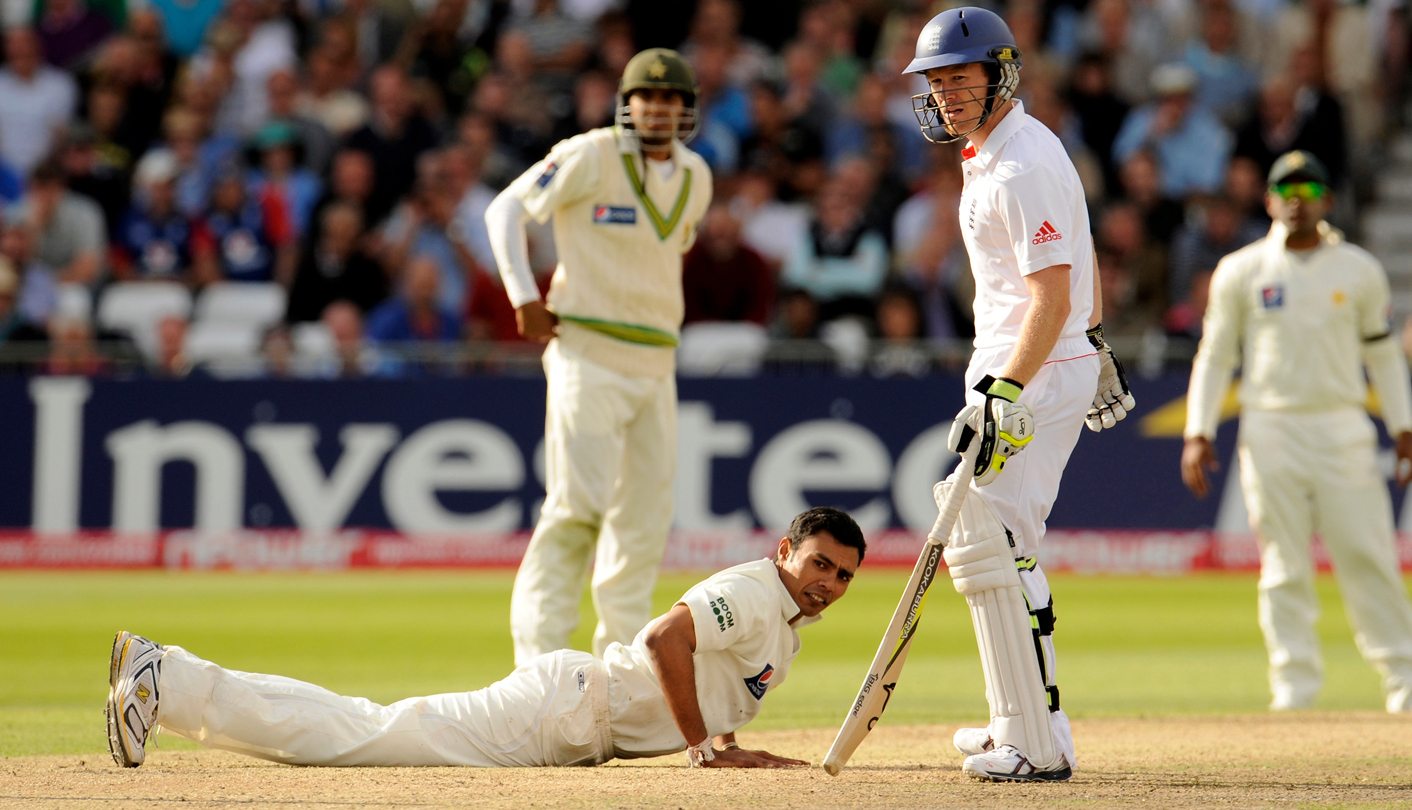 Two separate incidents, both involving spot-fixing in cricket, should serve as a reminder that much more still needs to be done in order to ensure the sanctity of the game, especially ahead of a jam-packed 12 months of cricket. By ANT SIMS.

While former Pakistan leg-spinner Danish Kaneria is on his way to England to appeal against his life ban from cricket, two umpires have been banned after being found willing to compromise their integrity in the discharge of their professional duties.

The two umpires, Nadeem Ghouri and Anis Siddiqui were banned for four and three years respectively by the Pakistan Cricket Board (PCB) after a meeting of the board’s integrity committee. Ghouri, a Test spinner in his day and an umpire who has stood in both Tests and one-day internationals in his 13-year service, was found guilty by the committee of “agreeing to extend undue favours for material gains” during a sting operation carried out by Indian television channel India TV.

Siddiqui’s experience only stretches eight years and he’s only a domestic umpire and while he initially resisted the offers in the sting operation, he later succumbed. The PCB insisted it has no mercy when it comes to any sort of misdemeanour.

“The PCB has a zero tolerance policy for corruption or indiscipline. We are committed to creating awareness amongst our players and officials with regards to the possible pitfalls,” PCB chairman Zaka Ashraf said.

“We are determined to adopt all vigilance and security parameters, which are in line with the laid out procedures of the ICC. Today’s decision reiterates the commitment of the PCB to keep our great sport free of all corrupt practices.”

Kaneria, banned by the England and Wales Cricket Board (ECB) last year for pressuring former Essex team-mate Mervyn Westfield into spot-fixing in an English county one-day game in 2009, meanwhile is looking to overturn his ban.

A hearing will take place in London next Monday and Kaneria is hopeful that the independent panel will be sympathetic to his plea.

“I have high hopes the panel will be independent and neutral in this hearing,” Kaneria told The Associated Press by telephone from the southern port city of Karachi. “My livelihood is stuck due to the ECB’s ban.”

Westfield’s admission of guilt as well as the evidence he provided against Kaneria led the ECB to reduce his sentence. However, Kaneria was determined to clear his name and a hearing was deferred last December when the ECB was unable to gain Westfield’s cooperation to appear before the committee.

Kaneria’s fight to clear his name and overturn his PCB suspension included an appealed to the Sindh High Court in Karachi. But the court dismissed his appeal in 2011, saying the matter did not fall under its jurisdiction.

Westfield had testified that Kaneria lured him and introduced him to spot-fixing, but simply didn’t show up for the hearings last year and now the Pakistani will try once more to fight for what he believes is the truth.

The two incidents are completely isolated from each other and took place under completely different circumstances, but both should serve as a timely reminder that not nearly enough is being done to keep an eye on underhanded doings across the board in cricket.

Last year, Bookie Gambler Fixer Spy: A Journey to the Heart of Cricket’s Underworld, by Ed Hawkins, claimed to reveal just how deep the rabbit hole of fixing goes. That nothing has come of those claims is telling. It would be foolish to pursue the claims of a betting expert who seemingly sensationalised a lot of what he wrote in his book, but to ensure that there are measures in place to fight against possible corruption is absolutely crucial.

Cricket was, in its essence, designed for people to bet on. It might have progressed leaps and bounds since then. But to assume that just because it has been modernised, it’s also clean, is grossly naïve. While the ICC and its security arm, the Anti-Corruption and Security Unit have tried what they can, there is still a serious lack of personnel to police the sport – across all formats.

Former England captain Andrew Strauss insinuated that it was a toothless tiger after three Pakistani players were jailed for spot-fixing in 2011.

“The unit hasn’t got the resources. They can’t do sting operations like the News of the World, they can’t infiltrate these betting networks. I’m hopeful only a minor percentage of cricketers are involved in it but the truth is we really don’t know,” Strauss said last year.

“I think we all know there’s no place for it in the game. We’ve got to be vigilant. I still think the ICC could be doing a lot more than they are doing.”

With an action-packed 12 months of cricket coming up, it’s worth remembering that there is still a long way to go to clean up the game. Small steps have been taken to ensure the sanctity of the game, but it’s still nowhere near being properly policed. DM