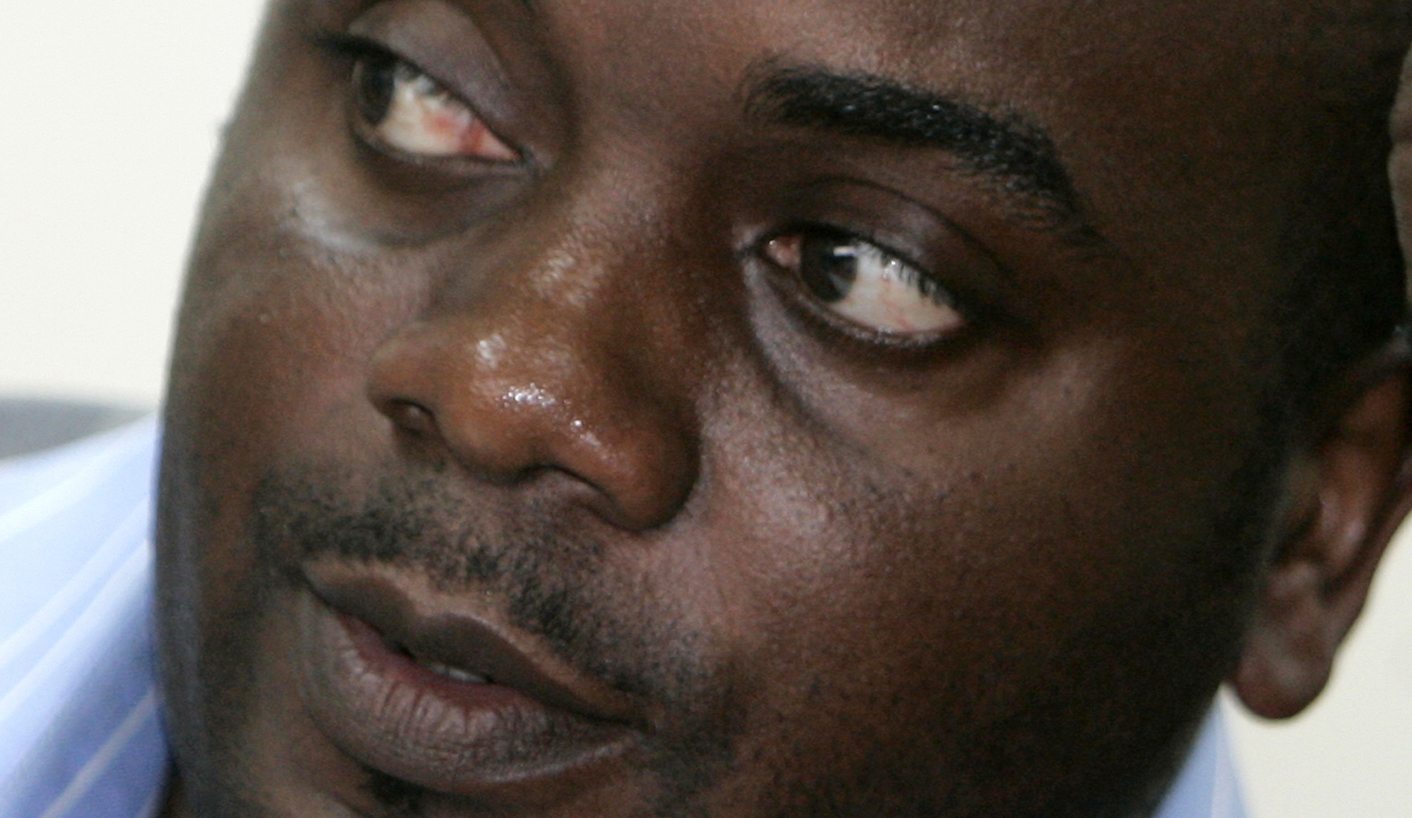 A year after its formation, the March 23 Movement, M23, is bristling against international intervention in the DRC. Daily Maverick spoke to M23 leader Bertrand Bisimwa about his view of M23’s conflict with the Congolese state, the possibility of further conflict with the newly formed UN brigade and South Africa’s approach to securing peace in the DRC. By KHADIJA PATEL.

“We are not criminals,” an M23 representative told Daily Maverick through a private message on Twitter on Monday. The group had taken umbrage at a line in one of our stories that quoted the Red Cross saying 90 bodies had been found in the wake of the rebel group’s occupation of Goma, the capital of the eastern region of the DRC, late last year. “The problem we have is that many NGOs are working for Kabila,” the representative said.

The Mouvement du 23-Mars, or the March 23 Movement, which has come to be known as M23, came into existence in April 2012, when hundreds of mainly ethnic Tutsi soldiers of FARDC, the national army, mutinied over poor living conditions and poor pay. Most of the mutineers were members of the National Congress for the Defence of the People (CNDP), which in 2009 signed a deal with the government. Dissidents felt Kinshasa had not fully implemented the deal.

March 23 is the date on which that agreement was signed.

One year after the formation of M23, however, the movement is under intense pressure as it warns against international intervention in the DRC in the guise of the United Nations intervention brigade.

We spoke in a telephone interview to M23 president Bertrand Bisimwa about the movement’s conflict with the Congolese state and the possibility of further conflict; this time with the newly formed UN brigade:

Daily Maverick: You are now facing a huge threat from the UN, is M23 united enough to withstand this threat?

Bertrand Bisimwa: There is only one M23. I do not know about the other you are talking about.

Bisimwa: Runiga is [now] in refugee camp [in Rwanda], did he say that he is leading another movement in the camp?

DM: No, but is there still support for him in M23?

Bisimwa: I did not hear anybody these last days [claiming to support Runiga]. We ended the indiscipline in our movement which was brought by Runiga, Ntagandada, Ngaruye and Zimulinda. Their game is over.

DM: How are the Kampala peace talks between M23 and the DRC government that began in December 2012, under the auspices of the International Conference on the Great Lakes Region (ICGLR), progressing?

DM: What are your proposals?

(Bisimwa promised to send M23’s proposals via email but had not yet done so at the time of writing.)

DM: Do you think South Africa should have adopted a different approach to bringing peace in the DRC?

Bisimwa: South Africa should help our country to get peace by the talks which are now in Kampala. This country is a model of liberation fight but Zuma [is supporting] a dictatorship.

DM: Zuma’s government says Kabila is democratically elected so you should not be fighting against him and the country’s army. What is your response?

Bisimwa: We are fighting for good governance in our country and it’s our right to live like every people in the world. Do you know that Congolese government supports [rebel groups like the] FDLR, LRA, ADF-NALU, FNL and others groups which are killing our people in the eastern part of our country? The government killed many journalists, human rights activists, arrested opposition leaders.

There is no roads in our country.There are no hospitals, no school, etc.

DM: What is your plan then to fix this?

Bisimwa: As you will see in our peace proposal, we want make an emergency plan to secure and reconstruction of [the] eastern [part] of our country. This plan will be financed by money which is produced in this area for five years.

DM: Do you support a breakaway from Kinshasa and the creation of an independent state?

Bisimwa: No, that is not our plan. Fifty-three years now, Kinshasa is not able to manage our problems here in eastern [region] of our country. We want to solve our problems by ourselves. All plans which Kinshasa made to solve these problems have failed because they didn’t [involve] people of [the eastern region of the country].

DM: When you occupied Goma last year the Red Cross said 90 people were killed. Who is responsible?

Bisimwa: It is better to know how these people died. There was fight in the town. We lost soldiers in that war, they can be our soldiers or for government army or the fighters called Mai-Mai. When the government soldiers withdrew, they killed people who were out of their home.

DM: And now, if there is a battle with the UN, how can M23 protect civilians?

Bisimwa: The only way to protect civilians it’s to choose a peace[ful] way to end conflicts in our country and this is possible. All the majority of [internally displaced people] are back in their villages, they get peace from cessation of hostilities on the ground since we left Goma town. Now, their hope is in talks in Kampala. The world should support these talks.

DM: And if those talks fail?

Bisimwa: It can be a bad news for our people they can’t admit this. But we also [can not] accept Kinshasa bringing war again in our side as solution.

DM: Are you prepared for war?

Bisimwa: We are always ready to defend ourselves

DM: Do you have support from anyone outside of Congo?

Bisimwa: No, the propaganda from Kinshasa tried to use this possibility in its strategy of communication. And you know that our government tried all times to reject his incapacity to lead our country to others. It refused to admit that Congolese can claim good governance in the country. DM