Analysis: How do you solve a problem like Apartheid? 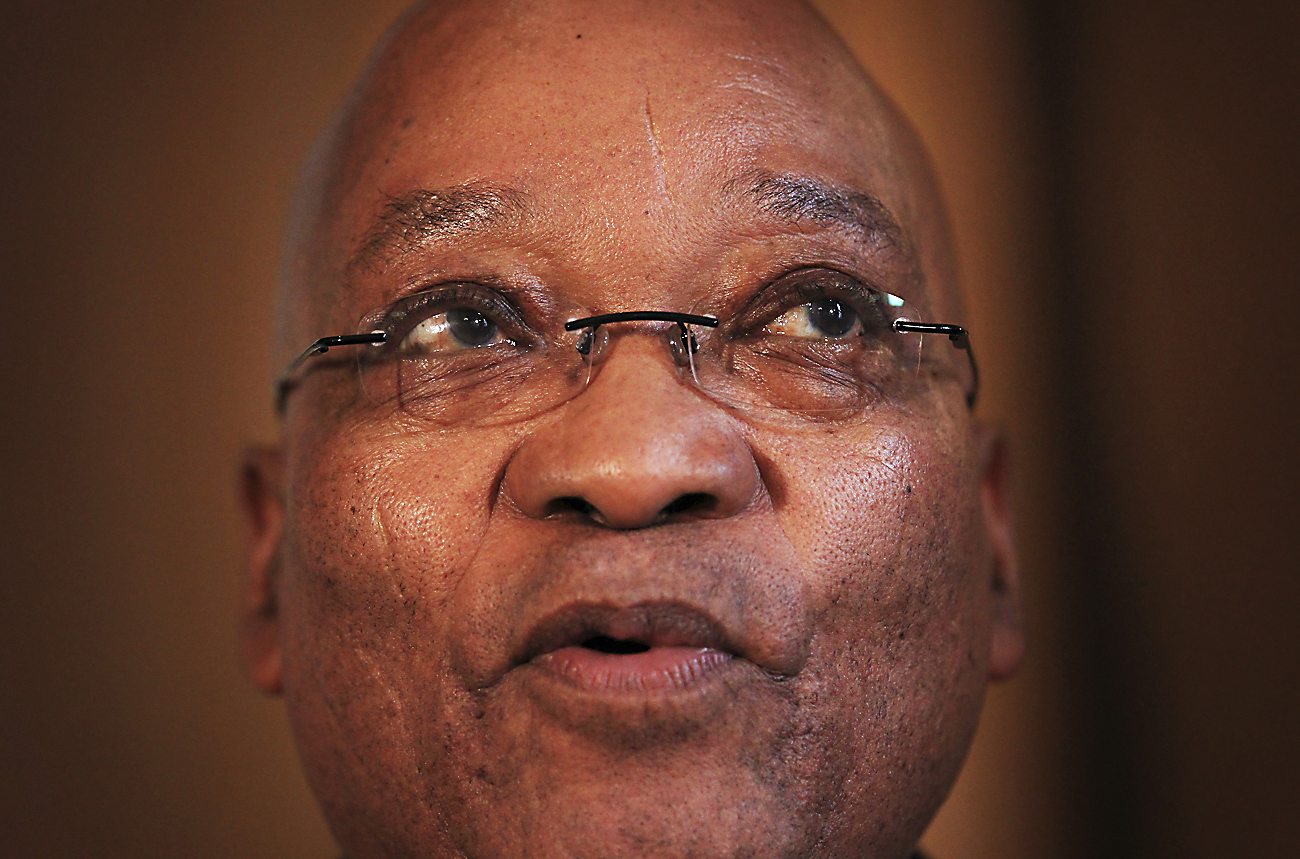 President Zuma has been facing widespread criticism for his comments on Apartheid and the damage it has wrought on society. Planning Minister Trevor Manuel claims that the time for blaming Apartheid is over, at least for certain failings of government. We’ve put together a handy summary of what can be blamed and what can’t be blamed, along with a few words of friendly advice for the president. By PAUL BERKOWITZ.

The short answer is that we cannot. There is no objective measure of the effects of Apartheid and therefore no agreement over how bad it was and how long-reaching its effects are. We’re still going to try, despite the futility of the exercise and the certainty that there will be offended readers.

Here are some ground rules: We can blame Apartheid for certain things up until the time that it was formally abolished and repealed. Once we measure beyond this point (for simplicity’s sake let’s measure from 1994) we’ve got to ask whether the government of the day (the ANC) could have and should have done anything to mitigate the effects of Apartheid. Did the government’s actions make things better? Worse? No difference?

All of this is more easily said than done, so let us be done with caveats, disclaimers and provisos and move straight into our analysis of Apartheid cause-and-effect.

Firstly, Apartheid was very good at destroying wealth and entrenching poverty. The intergenerational effects of wealth and poverty are well-documented and researched. The one-two sucker punches of the Natives Land Act and the Bantu Education Act did – and do – a great job of curtailing the wealth-creating capacity of black people. The Land Act removed the store of wealth that black people had and the two Acts combined made it next to impossible for black people to create any new wealth.

The Acts have been repealed but the legacy of the Land Act is still with us in the form of Apartheid spatial planning. Black people can buy land anywhere they can afford it but many still live too far away from economic centres. The money they earn is largely swallowed up by high transport costs to these centres. It’s still very hard to create wealth under these conditions.

Under Apartheid, the model of cheap migrant labour was established, and this model continues in the present. In the wake of Marikana, criticism of the model has intensified. Would Marikana have occurred if not for Apartheid?

What cultural legacy did Apartheid bequeath to us? Here we’re on much shakier ground and the game of false hypothesis goes positively fractal. We know that we were deeply socially conservative under Apartheid and that we exhibited an unhealthy deference to authority. Was that Apartheid’s fault? Is it Apartheid’s fault that we remain conservative and lack a healthy dose of scepticism?

These questions become unanswerable as they become more inclusive. What about the state of the alliance? Would the ANC, SACP and Cosatu ever have become, or remained, so closely aligned if not for the current enemy of Apartheid? Can the gridlock in our economic and political policy-making be blamed on Apartheid also?

If not for Apartheid, would we have developed an economy that was more equal and inclusive? Would our cities have developed in a more “natural” way? Would there still be poverty, and would it be colour blind?

If we can critique Apartheid and hold it responsible then we can also examine the government of the day (led by the ANC) and ask what did it do and what did it not do, and maybe what could it not do. Once again we offer our subjective analysis.

The question of how to resolve the inequitable distribution of wealth post-Apartheid, while being the most critical is also the one with the most elusive solutions. A once-off transfer of wealth would have been impossible both practically and politically. The implementation of BEE has been highly controversial and was a political compromise.

It may have been impossible for the ANC to sufficiently address this question. The party should be held responsible for some of the failures of its land reform programme, for its inability to adequately support new black commercial farmers and for its tardy audit of state-owned land.

On the issue of education the government needs to take a long, hard look at itself, from the decision to implement outcomes-based education by the first education minister through to the current mess. President Jacob Zuma invoked the legacy of Apartheid when trying to excuse the non-delivery of textbooks last year, and that may even have been the comment that festered in Manuel’s mind as he railed against excuses for non-delivery.

The truth is that for almost 20 years, the government has failed the country in terms of the public education system. To be fair, the list of problems inherited by Apartheid is long and material: poorly-trained teachers, under-resourced schools, Bantu Education, and the all-pervasive effects of poverty on pupils.

The list of failures by the government post-1994 is, unfortunately, even longer. It includes the poor choice of policies, lethargy in tackling the school infrastructure backlog, closing down of teacher colleges, inability to up-skill existing teachers, and failure to train sufficient new teachers.

Under the current administration the public education system has also become known for corruption and graft in large government contracts (textbooks and school feeding schemes), non-delivery of textbooks, and open hostility between the national and provincial (Eastern Cape and Limpopo) departments.

Teachers union Sadtu has contributed handsomely to these failures. Its industrial action has left matriculants high and dry before final exams a couple of times over the last decade. It has resisted all and any attempts at monitoring or evaluating its members’ performance. It has gone to court to support members accused of raping their charges.

Personnel costs are responsible for almost 80% of the provincial education budgets while capital spending receives less than 5% of the money. As a percentage of the national budget, South Africa’s spending compares favourably to most developed nations, yet our outcomes remain poor.

Two articles from the Sunday papers are pertinent to the debate. The one quotes from a recent study into school violence. The study showed that the presence of a teacher in the classroom was the most effective deterrent of violence in the classroom. It also noted that teacher absenteeism contributed to classroom violence.

The second article quoted from a recent report that showed steady unemployment levels for South Africans with a tertiary qualification. Unemployment for this group had remained at 5% or lower for the past decade, suggesting that unemployment could be effectively tackled through an improved education system.

Twenty years, to many people, should be sufficient time for some progress to have been made in education. Other countries can be held up as counter-examples (such as Brazil) of how to tackle poverty, inequality and unemployment.

We can barter false hypotheses all day, and our prejudices and preferences would colour our conclusions, as they always do. Some of us will always believe that the right economic systems would bring prosperity, or that our failures are our African inheritance.

The truth is that it doesn’t really matter whose version of Apartheid’s taxonomy is truest, or if we can even measure such a truth. It may be our best interests to debate it in a way that doesn’t divide (let alone fracture) the audience.

In the absence of such a utopia, it may be in the ANC’s best interests to blame Apartheid less, whether the party thinks this is fair, or just, or not. Recently, the party has faced so many scandals and crises that Apartheid is beginning to sound like just another excuse. It is an excuse that has worn very thin, and its repeated use is likely to have a perverse effect on voters.

ANC supporters are not likely to run en masse to opposition parties because Apartheid was real, its effects are real and it is still too present in our lives. But South Africa is a young country, and every year another million or so potential voters will decide whether to participate in the democratic process. They will decide whether it’s worth it to vote at all, if Apartheid’s legacy is so pervasive 25, 30, 35 years after it ended.

Even if they make the emotional connection with the party of liberation they will be asking, in increasing numbers, why this party has been unable to chip away at the millstone of Apartheid. They might even start to ask if another party could do better.

In the end, perception usually trumps truth. Whether we can agree on the truth about Apartheid or not is not material to the fortunes of the ANC. As Apartheid recedes further into the past it will become harder for South Africa’s youth to see the picture of Apartheid that the ANC is trying to show them. DM