Corruption, blackmail, the president and the pop star: How Madonna pissed off a government 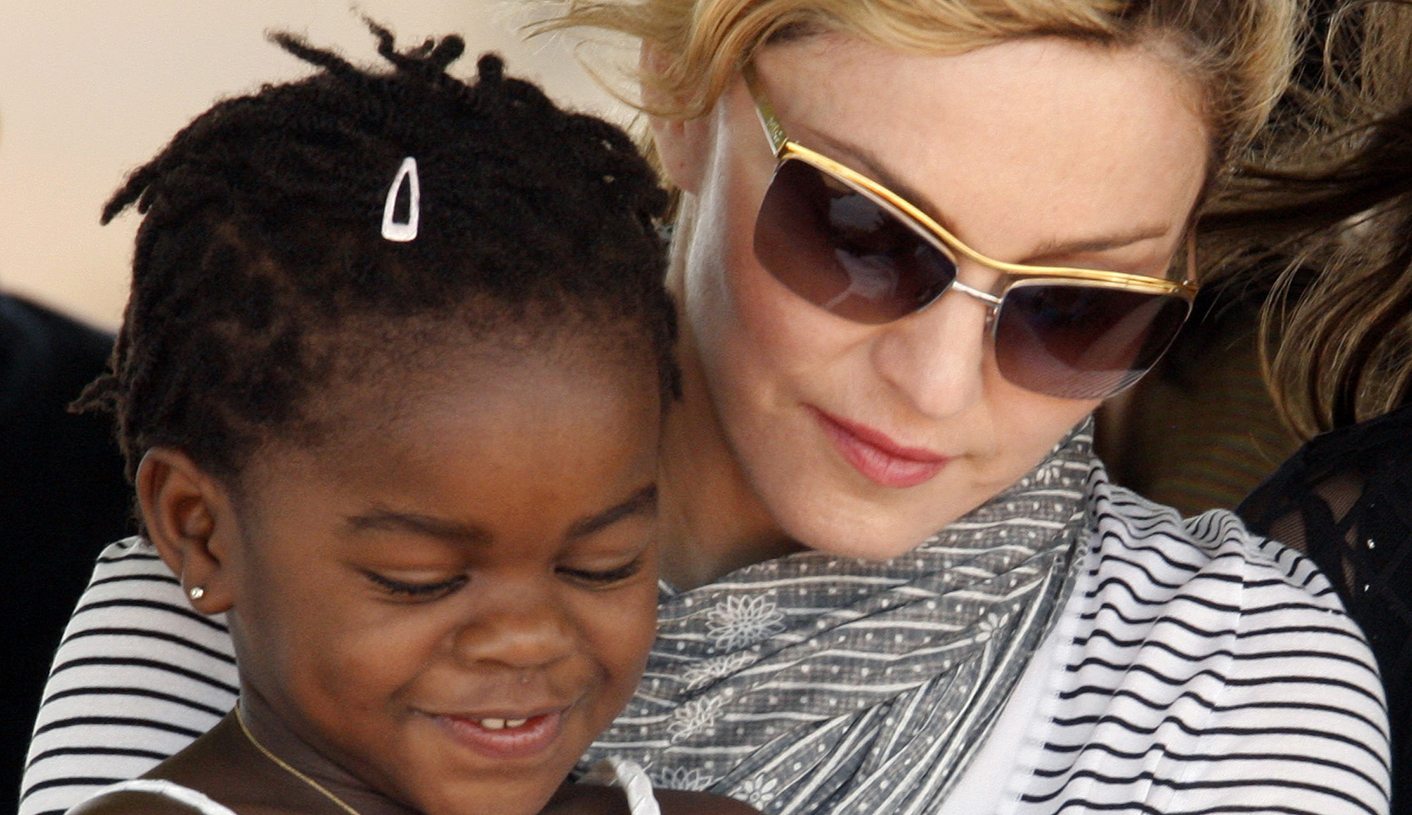 It’s all gone wrong for Madonna in Malawi again. An ignorance of diplomatic protocol and a little over-selling of her charitable efforts got her into a nasty war of words with the country’s President Joyce Banda, who went as far as to equate Madonna’s star power with Gary Neville’s. Ouch. On the plus side, it looks like no orphans (parented or otherwise) were harmed in the fracas. By SIMON ALLISON.

Poor Madonna. Despite her oft-professed love for the country, it seems that every time she goes to Malawi she leaves scandal and controversy in her wake. Remember the time she adopted an “orphan” who turned out to have a very much alive father? Or the claims she used her “star status” to jump the queue to adopt another one? Or the decision to abandon the Oprah Winfrey Academy-style school she promised to build and fire all the staff (including the president’s sister – whoops)?

Well, she was back in Malawi for a week following the Easter break, and it was no different, except for one thing: on this occasion, the person she managed to piss off was the president herself. In fact, Joyce Banda was so angry that in the wake of Madonna’s departure she released a vicious statement attacking the global pop icon for an incident of seemingly typically outrageous pop-star behavior.

But let’s begin at the beginning, when Madonna arrived in Malawi on Easter Monday with her two little adopted Malawian kids, David Banda and Mercy James (Mercy is the orphan with more parents than advertised). They were in town to visit some of the projects that the pop star is sponsoring.

Madonna’s first mistake was that she didn’t request a meeting with President Banda before she got there, leading to a few damaging headlines about how she had “snubbed” the president. Madonna was quick to rectify this with a handwritten letter – on Madonna-branded stationary, no less – requesting an audience, but even this got her into trouble. Observers criticised the letter’s informality (“Dear Joyce”, it began), the singer’s scrabbly handwriting and her dodgy grammar and spelling. And Banda, unsurprisingly, found that she didn’t have time in her busy schedule after all.

But the really big issue concerned the charitable projects that Madonna is involved with, or claims credit for – specifically the building of 10 new schools. New schools sounds lovely, but Madonna and her charitable foundation, in typical NGO communications fashion, might be overstating the case somewhat. Government officials say that actually the new buildings are merely add-ons to existing schools, some little more than extra classrooms. President Banda wasn’t happy. “Where are the 10 schools she has built? She is just building school blocks at already existing schools. In some cases she just renovated an already existing block. This is an insult to the people of Malawi. She can’t be lying to the world at our expense,” Banda said last week.

Madonna’s team told a somewhat different story. “Obviously these attacks are influenced by the fact that the president’s sister was removed as the head of Madonna’s organisation in Malawi due to concerns about mismanagement of $3.8 million,” said Trevor Neilson of the Global Philanthropy Group which manages Madonna’s projects in Malawi, speaking to the Guardian. Banda’s younger sister, Anjimile Mtila-Oponyo , was fired as head of Madonna’s Raising Malawi foundation in 2011. “As the largest private philanthropist to Malawi we would think the government would be pleased that she is giving her time and money to one of the poorest countries in the world.”

But Malawi’s government was far from pleased, and demonstrated this displeasure by stripping Madonna and her entourage of their VIP status when they departed from Kamuzu International Airport in Lilongwe. This time it was Madonna’s turn to be displeased – she is a world-famous pop star, after all, and she has become accustomed to a life of express check-ins, special lounges and limousines to the steps of the plane. She certainly does not expect to slum it with the rest of us in the main passenger terminal.

“Madonna and her spokesman were said to be apparently ‘very annoyed’… but her children were apparently delighted to see how the other half live,” wrote Britain’s Daily Telegraph (which suggests their perspective has already been warped: “Mommy, look at all those poor people queuing up for international flights”).

In Madonna’s defence, her expectations of VIP treatment were based on her past experience travelling through the airport, including her arrival there last week. Nonetheless, President Banda blasted the singer’s reaction. “Neither the president nor any official in her government denied Madonna any attention or courtesy… because as far as the administration is concerned, there is no defined attention or courtesy that must be followed in respect of her.”

The statement observed that Madonna’s supposedly humanitarian adoption of two Malawian children did not mean that Malawi should be “forever chained to the obligation of gratitude”. “Kindness, as far as its ordinary meaning is concerned, is free and anonymous. If it can’t be free and silent, it is not kindness; it is something else. Blackmail is the closest it becomes.”

The statement added that Malawi has hosted a number of other celebrities including Chuck Norris, Bono, and footballers David James, Rio Ferdinand and Gary Neville “who have never demanded state attention or decorum despite their equally dazzling stature” (Gary Neville’s dazzling stature came as a surprise, but I for one am delighted that the disgracefully under-appreciated former Manchester United right back is finally getting the recognition he deserves, even if it comes from a most unlikely source).

But none of those dazzling celebrities have received anything like as much attention as Madonna, who had the last word in a statement. “I’m saddened that Malawi’s President Joyce Banda has chosen to release lies… I came to Malawi seven years ago with honourable intentions. I returned earlier this month to view the new schools [ahem: classrooms] we built. I did not ever ask or demand special treatment at the airport or elsewhere during my visit. I will not be distracted or discouraged by other people’s political agendas. I made a promise to the children of Malawi and I am keeping that promise.”

And that, for the moment, should be the last we hear from the messy war of words between Madonna and the Malawian government. Until the next visit, that is. DM

Photo: Pop star Madonna sits with her adopted Malawian child Mercy James during a bricklaying ceremony at the site of her Raising Malawi Girls Academy, near the capital Lilongwe, April 6, 2010. REUTERS/Mike Hutchings