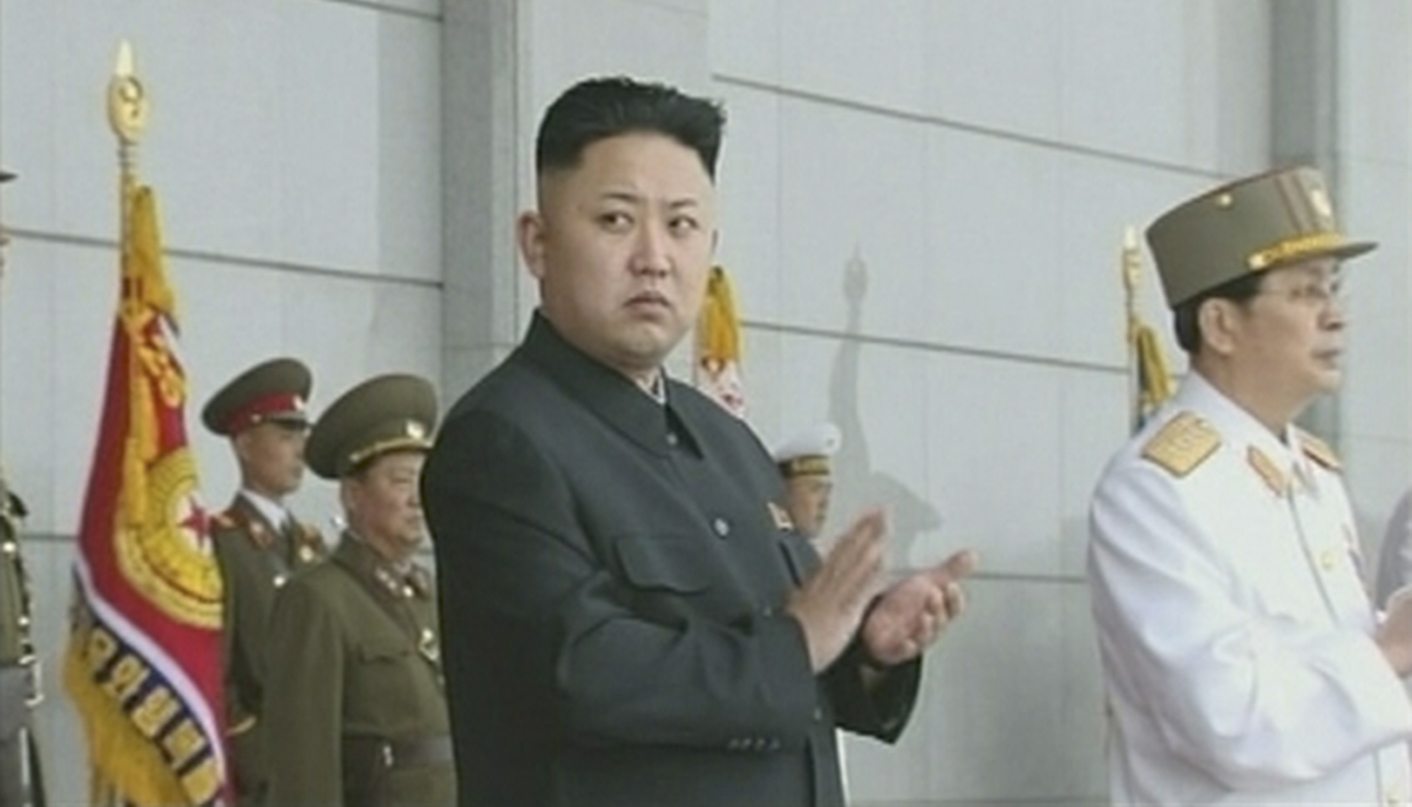 South Korea said on Wednesday there was a "very high" probability that North Korea, after weeks of threats of war, would test-launch a medium-range missile at any time as a show of strength. By Daum Kim and Phil Stewart.

Foreign Minister Yun Byung-se said South Korea had asked China and Russia to intercede with the North to ease tension that has mounted since the U.N. Security Council imposed fresh sanctions on North Korea after its third nuclear arms test in February.

In Washington, U.S. Defense Secretary Chuck Hagel said North Korea was “skating very close to a dangerous line” with its threats and provocations, and warned the United States was prepared to respond to any moves by Pyongyang.

“We have every capacity to deal with any action that North Korea would take, to protect this country and the interests of this country and our allies,” Hagel told reporters at the Pentagon.

Most observers say Pyongyang has no intention of igniting a conflict that could bring its own destruction but warn of the risks of miscalculation on the highly-militarised Korean peninsula.

All was calm in the South Korean capital Seoul, long used to North Korean invective under its 30-year-old leader Kim Jong-un. Offices worked normally and customers crowded into city-centre cafes.

Seoul stocks edged up 0.77 percent from a four-and-a-half-month low hit earlier in the week, though trading was light with threats from the North still clouding the picture. The won currency gained 0.3 percent.

Other officials in Seoul said surveillance of North Korean activity had been enhanced. Missile transporters had been spotted in South Hamgyong province along North Korea’s east coast – a possible site for a launch.

North Korea observes several anniversaries in the next few days and they could be pretexts for displays of military strength. These include the first anniversary of Kim’s formal ascent to power, the 20th anniversary of rule by his father, Kim Jong-il, who died in 2011, and Monday’s anniversary of the birth of the young Kim’s grandfather, state founder Kim Il-Sung.

The near-daily threats to South Korea and the United States of recent weeks were muted in the North’s state media on Wednesday, with the focus largely on the upcoming festivities.

The North’s KCNA news agency said people were “doing their best to decorate cities.” Another dispatch reported a “production upsurge” in the coal, steel, iron and timber industries, with figures showing a quarterly plan set by authorities had been “overfulfilled.”

Admiral Samuel Locklear, the commander of U.S. forces in the Pacific region, said on Tuesday the U.S. military believed North Korea had moved an unspecified number of Musudan missiles to its east coast.

The trajectory of the missile, if launched, is unclear as the North has failed to inform international bodies – as it did in previous instances – of the path it is expected to take. But it is unlikely to be aimed directly at the South.

The Musudan has a range of 3,500 km (2,100 miles) or more, according to South Korea, which would put Japan within range and may even threaten Guam, home to U.S. bases. South Korea can be reached by the North’s short-range Scud missiles.

LAUNCH POSSIBLE “AT ANY TIME”

Foreign Minister Yun told a parliamentary hearing: “According to intelligence obtained by our side and the U.S., the possibility of a missile launch by North Korea is very high.”

North Korea, he said, could launch a Musudan missile “at any time from now.”

The U.S.-South Korea Combined Forces Command in Seoul raised its “Watchcon 3” status, a normal condition, by one level to boost monitoring and increase the number of intelligence staff, a senior military official told the South’s Yonhap news agency.

Yonhap also reported that South Korea, which has not joined a U.S.-led global missile defence system, was planning to develop a system of its own. It quoted an unidentified senior military official as saying this would involve early warning radars, ship-to-air and land-based systems, to be used in conjunction with U.S. early warning satellites.

Patricia Lewis, research director at the London-based Chatham House think-tank, said that strictly on the basis of the North’s vast conventional forces, caution was required.

“The conventional military capabilities of North Korea are all too real and all too close to Seoul,” she wrote in a paper. “Any incursion could escalate involving the U.S. and Japan, China, perhaps Russia and others.”

The North has tested short-range Scud missiles. The longer-range Musudan and Nodong missiles are an unknown quantity.

Pyongyang has threatened a nuclear strike on the United States – something it does not have the capacity to carry out – and “war” with “puppet” South Korea – threats that appear to be aimed at least in part at boosting internal support for Kim.

U.S. General Martin Dempsey, chairman of the military’s Joint Chiefs of Staff, declined to answer a question about how close he believed North Korea was to being able to miniaturise a nuclear weapon, a necessary step to being able to place one on a missile. He said that information was classified.

But Dempsey didn’t rule out the possibility entirely and, in an apparent acknowledgement of the limits of U.S. intelligence on North Korea, said Washington had to prepare for the worst.

“And in the absence of concrete evidence to the contrary, we have to assume the worst case, and that’s why we’re postured as we are today.”

The North is also angry about weeks of joint South Korean-U.S. military exercises. About 28,000 U.S. forces are permanently based in South Korea.

On Tuesday, the North told foreigners in South Korea to leave to avoid being dragged into a “thermonuclear war.” It previously warned diplomats in Pyongyang to prepare to leave.

The European Union told North Korea on Wednesday the increasing tensions on the Korean peninsula did not justify pulling out EU states’ diplomats.

Yun said he was coordinating with China and Russia “to make efforts to persuade North Korea to change its attitude.”

“There is no disagreement with the United States over North Korea,” Russian Foreign Minister Sergei Lavrov said at a meeting with U.S. Secretary of State John Kerry in London, where G8 foreign ministers are to hold talks.

“One should not frighten anybody with military manoeuvres,” he was quoted as saying. “There is a chance everything will calm down.”

A Chinese Foreign Ministry spokesman issued a fresh appeal for restraint and said nothing about any possible effort to bring about a change in the North’s policy.

In China’s northeast region of Dandong, tour operators said they had been told by authorities to halt overland tourism to North Korea and some tourists were turned away. Other tours, including those involving air travel, were operating as usual. DM