Even in death, Gaddafi fans the flames of a continent’s conflicts 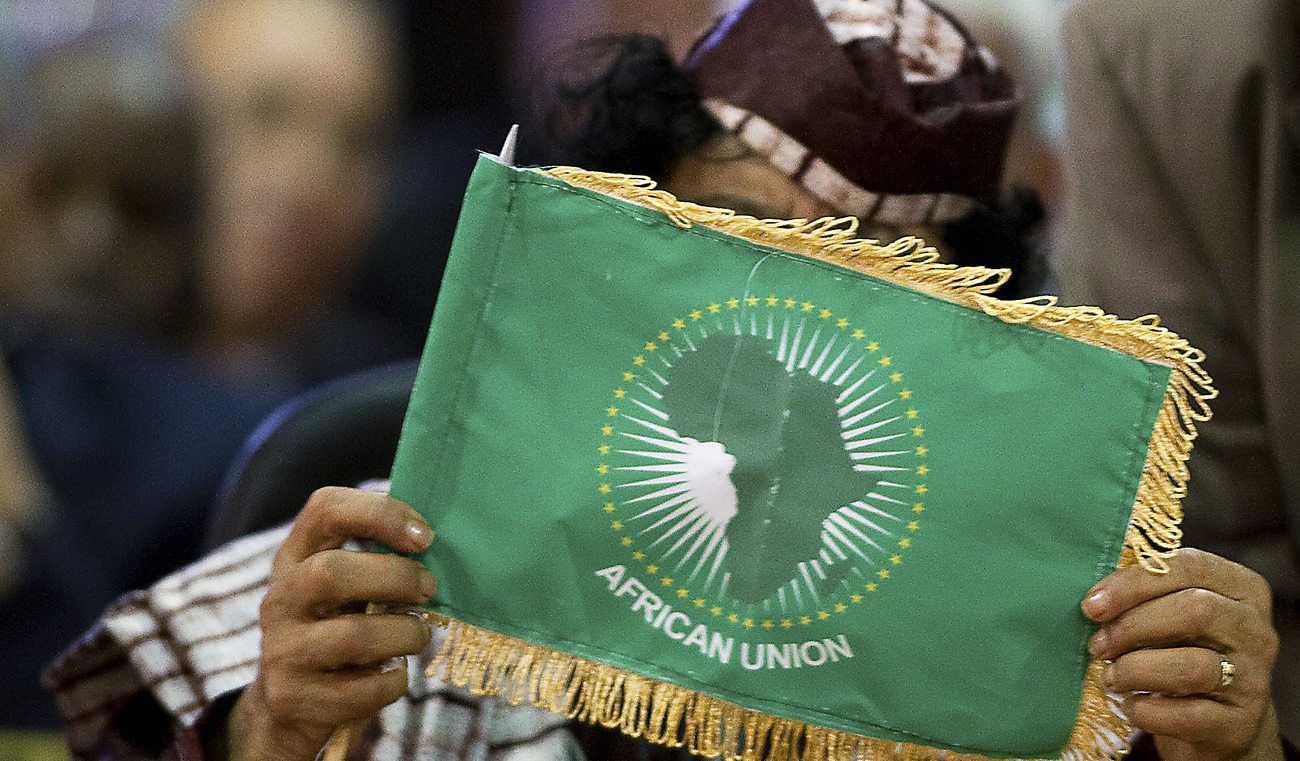 The African Union is doing its best to forget Muammar Gaddafi as it celebrates its Golden Jubilee. This is a little hard to do, however, when the legacy of the late, unlamented colonel is continuing to wreak havoc in the region. By SIMON ALLISON.

It seems a fitting time, in the week in which the African Union officially launches its 50-year celebration of pan-Africanism and unity and its own contested past, that we remember Muammar Gaddafi and the influence he had – and continues to have – on the destiny of this continent which he worked so hard to mould in his own image.

He won’t feature prominently in the official celebrations, despite AU commission head Nkoszana Dlamini-Zuma’s stern injunction to “demystify, appropriate and popularise” our history, for his is a rather embarrassing legacy we’d all rather forget, despite the undeniable fact that without Gaddafi’s vision, money and remarkable willpower the AU in its current form would not exist.

The AU itself is only 11 years old, the product of a rebranding exercise designed to reform and revitalise the moribund Organisation of African Unity. Gaddafi, so often portrayed as a figure of fun, was very serious in his commitment to African unity – although he dreamt of unifying the continent under his “benevolent” rule. He was the impetus behind the name change and institutional reforms which accompanied it, and consequently we have him to thank in large part for the increasingly vocal role the continental body is playing in Africa’s political and economic development. Sure, it’s still got serious problems, but it’s a far more effective and efficient organisation than the one which it succeeded, and it is likely it would have taken a lot longer to reach this point without the momentum provided by Gaddafi.

But before we find ourselves getting all starry-eyed about Gaddafi’s legacy (and it must be acknowledged that the current state of the AU owes as much if not more to the leaders who stood up against Gaddafi’s megalomaniacal tendencies), it’s worth examining a newly-released United Nations report which shows that even in death, he continues to wield an undue and largely malign influence over Africa, and beyond.

The report is an examination of what happened to Libya’s huge stockpiles of weapons in the aftermath of the Libyan revolution, delivered to the Security Council by an appointed group of experts who made 28 visits to 15 countries in Africa, Europe and the Middle East to put it together. Their conclusions are alarming and unambiguous: Libyan weapons have spread to danger zones across North Africa and the Middle East, fanning the flames of existing conflicts and bolstering the arsenals of extremists and criminals.

The report notes that thanks to the near complete absence of an effective security system in the wake of Gaddafi’s demise, and its vast, unenforceable borders, Libya has become a very attractive source of weaponry for the region. “Cases, both proven and under investigation, of illicit transfers from Libya in violation of the embargo cover more than 12 countries and include heavy and light weapons, including man-portable air defense systems, small arms and related ammunition and explosives and mines.”

It continues: “In the past 12 months, the proliferation of weapons from Libya has continued at a worrying rate and has spread into new territory: West Africa, the Levant and, potentially, even the Horn of Africa. Illicit flows from the country are fueling existing conflicts in Africa and the Levant and enriching the arsenals of a range of non-state actors, including terrorist groups.”

There are a few countries of specific concern. Mali, of course, is high on the list: Malian Tuareg fighters were employed in Gaddafi’s armed forces, and most of them returned home when the revolution started to go against Gaddafi, in convoys reportedly laden with cash, gold and arms. These weapons strengthened the Tuareg rebellion that was already in planning, helping to precipitate the civil war, the coup, the rise of Islamist groups and eventually the French intervention. During all this, weapons have continued to flow from Libya through the Sahel desert.

Also problematic is Egypt, which is the recipient of regular transfers of significant quantities of arms. These pose a twin threat: some of the arms are going to Egyptian militant groups in the Sinai, giving Egypt’s troubled new government yet more destabilising headaches to deal with, while others are being smuggled through the blockade into the Gaza Strip.

That covers Libya’s eastern and western borders, but the southern border is just as porous, with some serious weaponry going to Chad. In one instance cited by the report, 30 portable air defence systems were transported to Chad, some to the capital Ndjamena (which suggests they were acquired by the Chadian government rather than the various rebel groups which operate in the country).

Another immediately worrying destination for Libyan weaponry is Syria, where large shipments of arms are helping the rebels in their fight against the government, which has so far cost some 70,000 lives. The routes these weapons take – by sea via Turkey or northern Lebanon – indicate that, at the very least, Libyan officials are turning a blind eye to the smuggling. More likely, some officials are actively facilitating it.

It’s easy to imagine that Gaddafi, ever the megalomaniac, would appreciate the devastating effect the weapons he bought are having on the region. For the rest of us, well, the sooner we can forget his legacy the better. No wonder the AU is trying to underplay links to its principal creator. DM