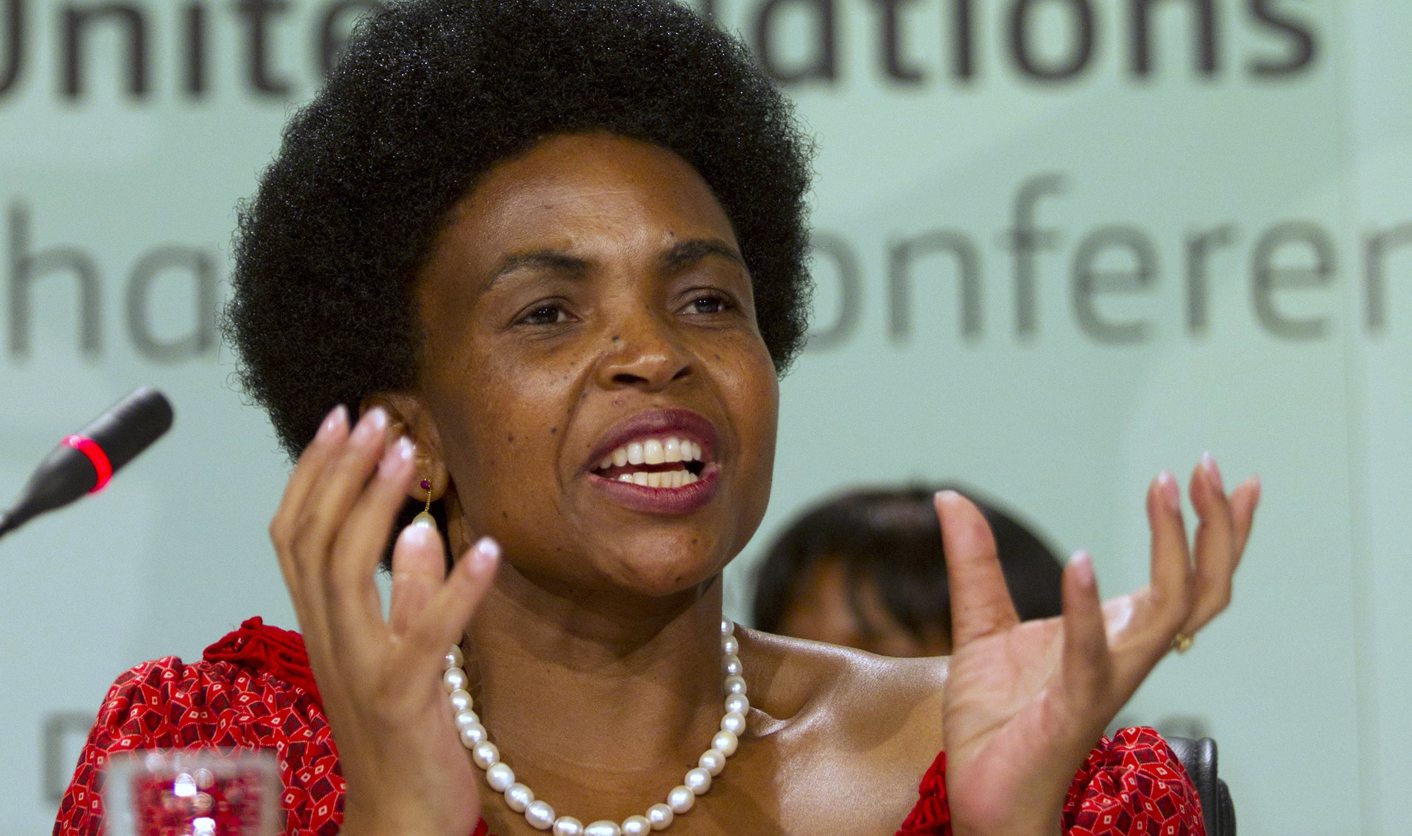 Archbishop Emeritus Desmond Tutu has been awarded the $1.7-million Templeton Prize. The prize, one of the world’s biggest annual awards, is given to a living person who has made “an exceptional contribution to affirming life’s spiritual dimension”. The ANC congratulated the former Archbishop of Cape Town, saying it was “proud of the pivotal role he has played in raising pertinent issues in the church and society”. Tutu, the party said in a statement, has “consistently being the voice of conscience in SA and the world over”.  Tutu said when you stand out from the crowd “”it’s usually because you are being carried on the shoulders of others”.

ZILLE, MTHETHWA GEAR UP FOR ANOTHER LEGAL BATTLE

Police Minister Nathi Mthethwa says a new bill signed into law by Western Cape premier Helen Zille is “illegal and unconstitutional’. Mthethwa’s spokesman, Zweli Mnisi, told the Cape Argus the minister would challenge the Western Cape Community Safety Act “all the way to the Constitutional Court” and that they would soon be making an announcement on “the way forward”. Zille said the law was a “big step” forward and the first time in South Africa that provincial oversight over the police had been defined. Twenty-three of 36 provincial legislature members last week voted in favour of the bill. The law stipulates how oversight of the police should take place, gives the provincial government the power to assess the effectiveness of visible policing and proposes the creation of a provincial police ombudsman.

International relations minister Maite Nkoana-Mashabane says government will investigate international reports that the number of South African soldiers killed in the Central African Republic (CAR) was between 36 and 50. Rebels in the CAR told a French news agency the rebels claim the number of SANDF troops killed in the Bangui battle was well over 13, the toll given by the South African government. Nkoane-Mashabane coup situations were chaotic, and that there would be “loss of life, and other unforeseen circumstances”. She said the claims would be investigated and the facts verified. “At the moment, we have not received such reports,” she said. South African troops will be withdrawn from the CAR the deal under which they were deployed is now void as there is no legitimate government in that country.

Gauteng’s MEC for infrastructure development has promised tough action against government officials abusing the province’s residential and commercial properties. Qedani Mahlangu said 50 department of infrastructure development officials and “hundreds” of provincial government employees are “freeloading off the Gauteng taxpayer” by living in state properties and paying “less than their fair share”, and in some cases, nothing at all. She said the group included well-paid high-level officials. All occupants of state properties should pay market related rentals. “Our approach henceforth will be one of zero tolerance towards government officials violating the very policies they are charged with upholding,” she said in a statement. The tough measures include “publishing the names of the government officials who are swindling the Gauteng taxpayer of millions of Rand every year, by living rent-free in state properties, while using their own income for personal extravagances”.

The City of Cape Town has embarked on an austerity drive, shunning benefits given to councillors under a government notice published by the Department of Co-operative Governance and Traditional Affairs in December. The Argus reports the City has cut R103 million in ‘general expenses’ that include travel, office furnishings, catering and public relations projects, as well as the use of consultants. Mayor Patricia De Lille will not make us of a fully furnished mayoral home, preferring to stay in her home in Pinelands. Cars for the deputy mayor and speaker would also not be used.

Government must stop blaming apartheid for its failures, minister in the presidency Trevor Manuel told a summit on state leadership. He said 19 years into democracy “our government has run out of excuses” and “cannot continue to blame apartheid for our failings as a state. We cannot plead ignorance or inexperience”. Manuel said the appointment of state official through political patronage had led a “worrying blurring of lines of accountability”. Public servants believed that they were accountable to the ruling party, and not to the government department or other state entity employing them. Manuel said the National Development Plan advocated accountability, professionalism and being neutral in relation to party-political contestation.

One of the men accused of beating to death former Royal marina Brett Williams after a Sharks rugby match in Durban has been released on bail. The other four men remain in custody until a formal bail hearing next week. In the meantime, prosecutor Kirshen Shah was granted an application not allowing the names and pictures of five accused to be published. Shah said an identity parade still needed to take place and that the order was needed to “protect the status of the investigation”. Williams survived tours of Afghanistan and Iraq, and patrolled waters off Somalia on anti-piracy missions only to be killed in South Africa at a rugby match.

OSCAR ‘NOT BACK ON ANY OFFICIAL TRAINING PROGRAMME’

Oscar Pistorius’s family have denied the Paralympian is back in training. “Oscar is not back on any official training programme,” the family statement said. “This may change in future, but this will be a decision taken by Oscar and Oscar alone. At this point Oscar is still in an extremely traumatised state and has made it clear to all of us that he is not able or willing to even contemplate this issue at this stage.” Newspapers published a photo, reportedly taken by a visiting schoolgirl, of Pistorius in running gear and wearing his carbon-fibre blades on a Pretoria University running track last month. Pistorius is accused of murdering his girlfriend, Reeva Steenkamp, on Valentine’s Day. DM

Photo: International relations minister Maite Nkoana-Mashabane says government will investigate international reports that the number of South African soldiers killed in the Central African Republic (CAR) was between 36 and 50. (REUTERS)