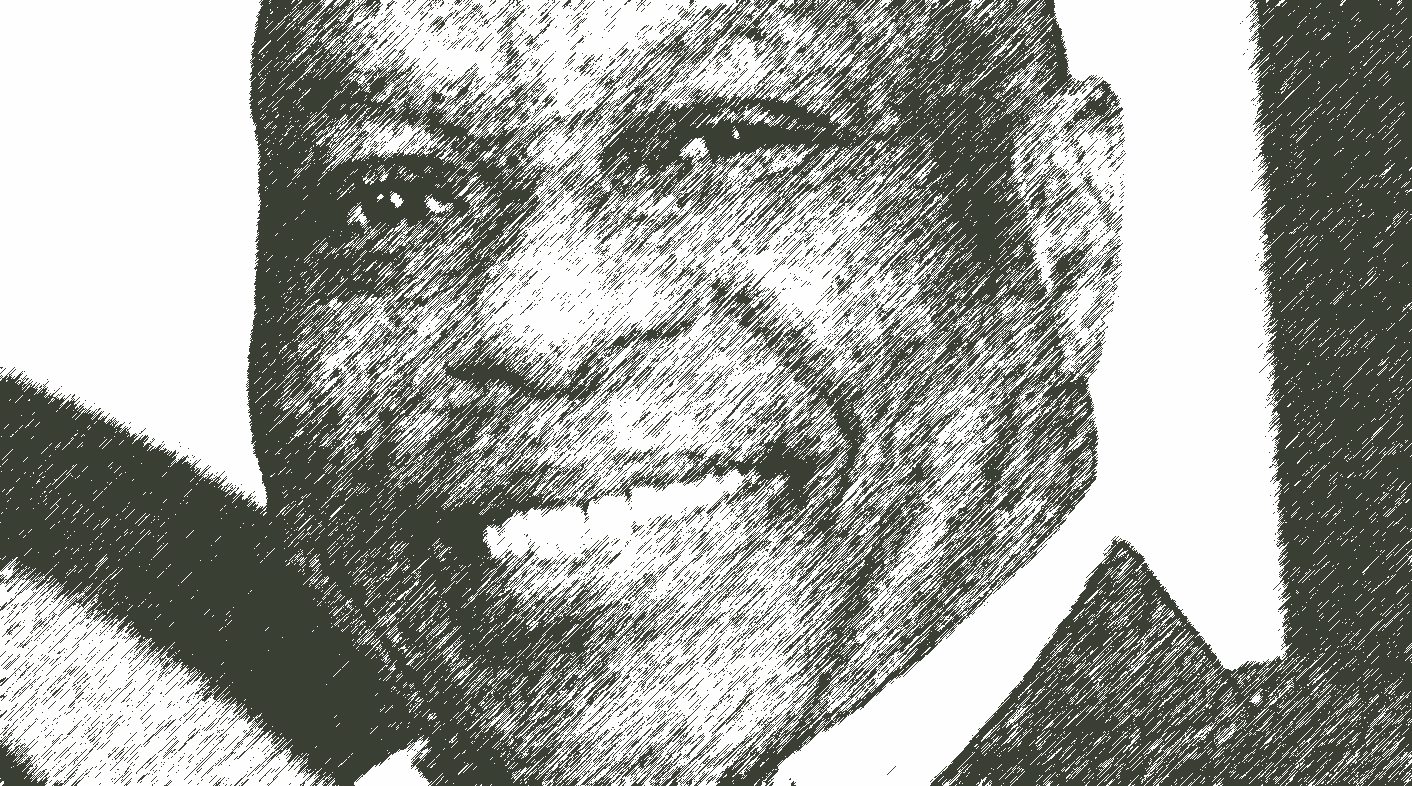 Prominent businessman Nhlanhla Gasa was brutally murdered and his body dumped in the Tugela River in KwaZulu-Natal less than a week ago. It also turns out Gasa, called a “Zuma associate” by newspapers, had a long business relationship with arms deal consultant Fana Hlongwane. Daily Maverick investigates. By MANDY DE WAAL.

Nhlanhla Gasa – the wealthy businessman who was stabbed multiple times and whose body was disposed of in the Tugela River in Kwazulu-Natal – was a former business associate of arms deal beneficiary and consultant Fana Hlongwane. The pair had shares in, and were directors of, an arms deal offset company called Hivex that was funded by British multinational aerospace company, BAE Systems (also implicated in the arms deal).

Gasa’s corpse was discovered in the Tugela by residents of Newark, situated some 75 kilometres away from Umhlanga, where the Durban businessman lived. Locals called the police after spotting the body in the water. Police later found Gasa’s Jaguar “burnt beyond recognition” metres away from where his body was located.

A SAPS spokesperson said blood was found at Gasa’s Umhlanga house, and added that this indicated the businessman had been murdered at his home and then taken up the north coast to the Tugela River where his body was dumped. The police said no valuables had been taken from Gasa’s home.

Police spokesman Colonel Vincent Mdunge told the Independent on Sunday that Gasa was at home alone at the time of the attack and that there was no sign of forced entry. “A trail of blood was found in the house which led to the garage, suggesting that he was dragged after he was murdered,” Mdunge told the weekly newspaper.

Sixty-three-year old Gasa and Hlongwane were connected through the mutual business interest of Hivex, which was established through offsets from South Africa’s strategic defence procurement, signed in 1999, and which has become known since then as the notorious ‘arms deal’.

Hlongwane was close to Joe Modise, a democratic SA’s first minister of defence and one of the founders of the ANC’s military wing, Umkhonto weSizwe. In the nineties Modise appointed Hlongwane to the board of Denel, the state-owned defence and aerospace company, and made the man his advisor.

In a paper for independent research entity the Stockholm International Peace Research Institute, arms deal researchers and authors Paul Holden and Barnaby Pace, together with ex-ANC MP-turned-activist Andrew Feinstein, write about how the arms deal undermined South Africa’s nascent democracy. The paper – called Corruption and the Arms Trade: Sins of Commission – reveals that Hlongwane had significant influence with Modise, and acted as his gatekeeper. Despite being on a government salary, this didn’t stop Hlogwane from receiving significant payments and bonuses from BAE, which the UK Serious Fraud Office suspected flowed to politicians and government members linked to the arms deal, write Holden, Pace and Feinstein.

Mail & Guardian reported in 2010 that Hlongwane was paid “commissions” of R200 million for his part in securing the sale of military aircraft to the South African government. The payment was, in part, made to one of Hlongwane’s companies, called the Ngwane Defence Group. Former MK field commander and Defence Force chief Siphiwe Nyanda was installed as the CEO Of Ngwane Defence, which was launched with a big to-do at Ysterplaat Airforce Base in Cape Town by then-Transport Minister Jeff Radebe. Soon afterwards, Ngwane Defence was presenting to the parliamentary defence committee and romancing the department of defence.

Nyanda got a luxury house out of the deal and made millions through other government contracts before heading back into public life (from 2009 to 2010) as a disastrous minister of communications, which earned him the moniker ‘minister of luxury’. Currently Nyanda is Zuma’s personal representative in Parliament.

But let’s get back to Hlongwane & Gasa, and their arms deal offset project called Hivex. A requirement of the arms deal was that ‘offsets’ were made to encourage economic development and investment in select sectors. These offset projects were documented and monitored by the Department of Trade and Industry, while the efforts were approved by the acquisition entity of the Defence Force, Armscor.

The main product that Hivex brought was an HIV therapy that was to be trialled in SA, with a view to being commercialised. Hivex was financed to the tune of some R24 million by BAE Systems following the London based defence company’s successful arms deal bid, which involved the supply of Gripen fighters and Hawk Lead-in Fighter Trainers. Both Hlongwane and Gasa were shareholders and directors of Hivex (Daily Maverick has the CIPRO share register), while Gasa was a shareholder of a section 21 company called EMF Research International (in this instance EMF was short for electromagnetic field).

A look at the Hivex website shows that the therapy claims to be an HIV treatment that is safe, strengthens the immune system, is low cost, and has no known side effects. But the therapy was also labelled a scam and came under fierce attack from AIDS activists, the Treatment Action Campaign (TAC), for offering no scientific evidence to back up its assertions.

In 2010 TAC successfully got an order for Hivex to take down its website (and social media pages) because they were misleading to the public. At the time the Aids activists said Hivex was promoting its therapy as a “pioneering radical treatment for people with HIV” and that the company claimed people on the treatment “were 5.7 times less likely to need hospital treatment, antiretroviral drugs, or die”.

Despite the order, Hivex’s website is still online. In 2011 Nathan Geffen, author of Debunking Delusions and editor of Quackdown, warned that Hivex was a pseudoscience, and cautioned patients to be sceptical of claims made by the company. Another article on the medical scam-busting site entitled Electromagnetic Quackery states Hivex claims to use electromagnetism to treat HIV.

“Their website states, “Hivex Treatment targets proteins in the HIV virus. It is intended to disable the virus so that the virus stops causing the death of other cells (‘apoptosis’), allowing white blood cells (lymphocytes) to increase.” No credible regulatory body has confirmed that Hivex is an effective treatment for HIV. In fact, no studies on the efficacy of Hivex for the treatment of HIV in human beings have ever been published. In addition, the proposed mechanism of Hivex treatment is scientifically implausible,” the article reads.

“Patients are charged R1,000 for the electromagnetic Hivex treatment. After that they are encouraged to use a ‘detox’ mixture that costs R200 per month,” Quackdown states, and adds: “For Hivex Limited to offer Hivex treatment as a treatment for HIV before any peer-reviewed trial results proving efficacy have been published and before the World Health Organisation or any regulatory authority has approved the device for this purpose, is unethical and irresponsible.”

In 1998 Gasa registered a company with Cipro called ‘Dr Nana Dlomo’. At the time of his death Gasa was still an active member and director of this company. It is not known what this entity was used for, but its business address is registered in Durban North.

Meanwhile Hlongwane is keeping a low profile and trying hard to evade the Seriti commission of enquiry into the arms deal. The billionaire bachelor was supposed to appear at the public hearings, but late last year Judge Willie Seriti, who is chairing the effort, told media he was having a hard time finding Hlongwane.

Perhaps Seriti should have looked in the two-storey, five-bedroomed home Hlongwane escapes to in Zimbali, or the arms deal man’s Hyde Park mansion in Johannesburg. The latter home is said to have been built on a 4,000m² property purchased in 2000 by Tsebe Properties, founded by a former chairperson of BAE Systems. This home sports a cinema and “a bedroom the size of a medium house”.  Another good place to find Hlongwane could be an exotic car showroom, seeing as the man has a taste for über luxury cars. Independent reported Hlongwane’s fleet is said to include a Lamborghini Murcielago, a Bentley Azure, two Ferraris and a Porsche Cayenne.

In reporting on Gasa’s death this past week, the media made mention of his former positions with Transnet, Umgeni Water and Absa; but there was scant news of his previous activity with the Vulindlela group of companies. Daily Maverick has documentation from Cipro which shows Gasa was a shareholder and director of Vulindlela Holdings, Vulindlela Investments, Vulindlela Health, and remained a shareholder of Vulindlela Properties at his time of death.

Vulindlela featured prominently in the fraud and corruption trial of Schabir Shaik, and was reportedly the ANC’s choice for a BEE component for the Durban Point Waterfront Development. A R1.8-billion project, Durban Point, is the result of a partnership with the eThekwini Municipality and a troubled Malaysian conglomerate called Renong (a company with strong ties to that country’s finance minister and once Malaysia’s most influential listed company).

The Vulindlela network of companies benefited from a 1997 government decision to enable Public Private Partnerships (PPPs), like the 2001 Inkosi Albert Luthuli Hospital project said at the time to be worth R4,5 billion and set to run for 15 years. This PPP was meant to enable the Durban-based medical facility to deliver “world-class service” through the installation of “state-of-the-art medical, information and management technology equipment”.

On Sunday, City Press reported that a family spokesperson, Louis Seeco, announced the police had already made an arrest in connection with the murder. “According to what police now say, there is one person who has been arrested,” Seeco told City Press. “There is a likelihood that there are another two suspects, who they are looking for. That is what we know at this stage,” Seeco said.

The police did not confirm the arrest, while Seeco added that the motive behind the murder was a mystery to Gasa’s family. Gasa is father to four children including Mbali Gasa (crowned Miss South Africa in 1997 and married to Khaya Ngqula, the embattled former head of SAA); and Noni Gasa (a fashion writer and television host on SABC 3 and M-Net).

A memorial service will be held for Gasa on Wednesday 3 April at an Anglican church in Durban, while his funeral will take place on Friday 5 April in Ulundi. DM