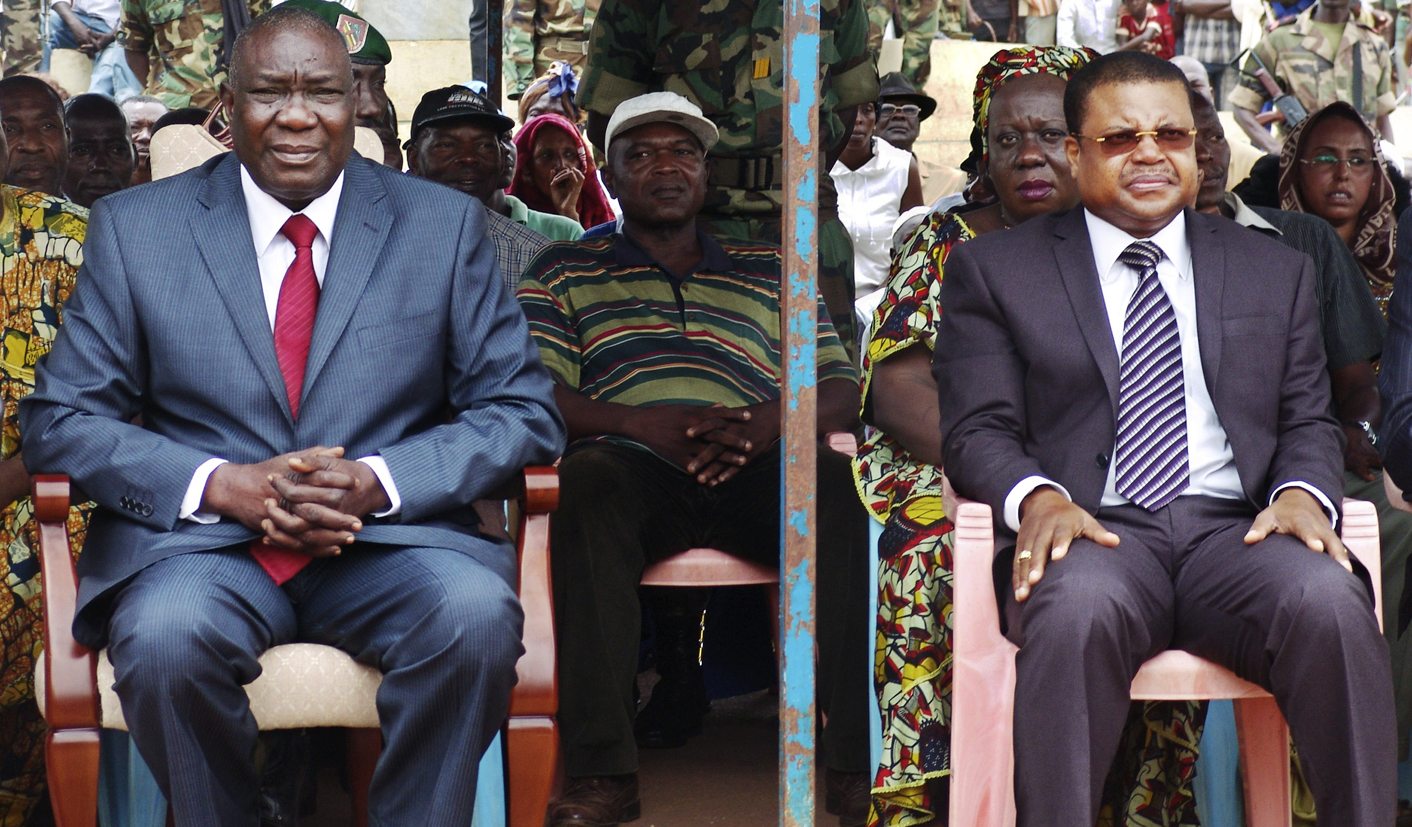 Central African Republic's opposition said on Monday it would not participate in a caretaker government nominated by the country's self-proclaimed president, claiming it has been stacked with rebel sympathisers. By Ange Aboa

The move will complicate a planned transition back to civilian rule in the resource-rich former French colony after fighters from the Seleka rebel coalition stormed the capital on March 24 and ousted President Francois Bozize.

“We are suspending our participation in this new government because we can not accept the fact that 16 posts have been handed over to Seleka allies disguised as civil society activists,” said Edouard Koyambounou, a spokesman for the country’s nine main opposition parties.

Central African Republic’s new leader, Michel Djotodia, named a cabinet of ministers on Sunday night that included eight opposition slots, 16 for civil society members, and most of the remaining 10 chosen from among Seleka’s ranks.

Koyambounou said the opposition’s decision to suspend its participation in the government did not affect Prime Minister Nicolas Tiangaye, who was nominated to his role under a January peace deal between Bozize and Seleka.

That deal ultimately unraveled when rebels accused Bozize of failing to uphold his end, triggering the overthrow.

Regional and Western leaders have condemned the rebel takeover, in which at least 13 South African soldiers bolstering Bozize’s ranks were killed. The coup triggered days of looting in the dilapidated riverside capital Bangui.

Neighbouring Cameroon’s government on Monday said 3,000 Central African refugees had streamed across its borders since last week, and added it had bolstered its troop presence along thickly forested frontier.

Chad will host a regional summit on the situation in Central African Republic on April 3. South African President Jacob Zuma is expected to attend. Koyambounou said the opposition was not planning to attend the N’Djamena summit.

Central Africa’s regional central bank said it would reopen its branch in Bangui on Tuesday, and urged commercial lenders to do the same, offering a financial lifeline to cash-starved businesses a week after a coup. DM

Photo: Central African Republic’s new President Michel Djotodia (L) sits next to Prime Minister Nicolas Tiangaye at a rally in support of Djotodia in downtown Bangui March 30, 2013. Djotodia, facing international isolation after seizing power, said on Saturday he would not take reprisals against rivals and called on those who fled abroad to return. REUTERS/Alain Amontchi