Accusations fly in Zambia after arrest of former president 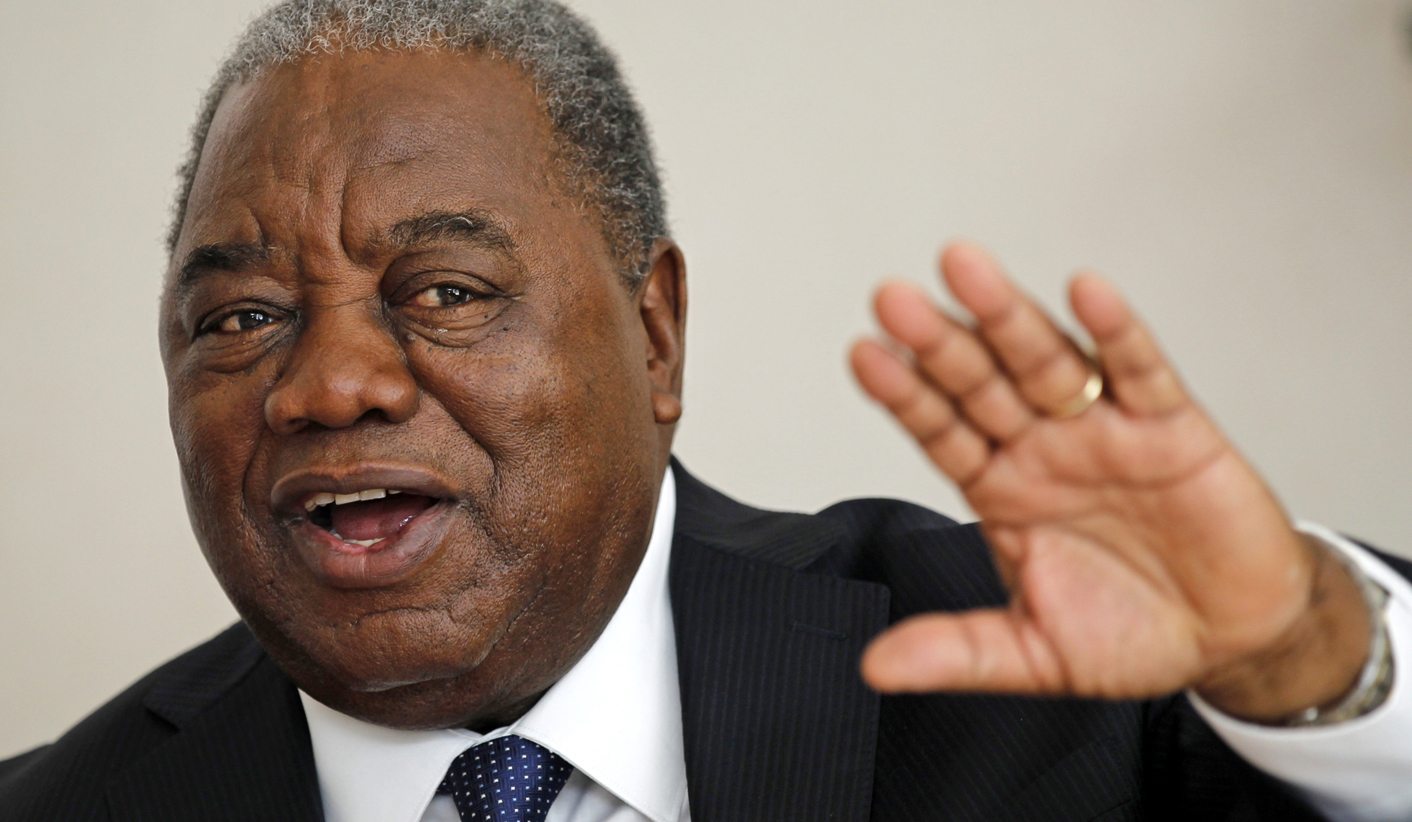 Michael Sata came to power in Zambia with a promise to root out corruption at the highest level, and it doesn’t get much higher than the arrest this week of former president Rupiah Banda, who stands accused of plundering $11 million from dodgy Nigeria contracts. But Banda also happens to be one of Sata’s main opponents, and his lawyers are crying foul. By SIMON ALLISON.

Before we apply the spin – and there’s a lot of spin – here are the very basics about what is happening in Zambia.

Last week, over the protests of opposition parliamentarians, Zambia’s parliament narrowly passed a bill which stripped former president Rupiah Banda of the immunity from prosecution that came with having once held that high office.

This week, Banda was arrested and charged with corruption. Prosecutors allege that he stole some $11 million (R100 million) in connection with a deal to buy oil from Nigeria. Banda denies the allegations. On Monday he was grilled by police for nearly four hours, and on Tuesday he was formally charged. Bail has been granted, but his passport has been taken away and he had to stump up 500,000 kwacha (R1,000) as surety (which is a bit ridiculous considering that, if he is guilty, he’s got a whole lot more than that stashed away somewhere). In the meantime, Banda’s lawyers have lodged an urgent appeal with another court to restore Banda’s immunity from prosecution, arguing that it was unfairly revoked.

Naturally, this has stirred up something of a hornet’s nest in Zambia, with newspapers and analysts and political figures all trying to figure out what’s really going on, and why it’s happening. Broadly, reactions fall into two camps.

The first camp points to current President Michael Sata’s oft-repeated promises to stamp out corruption in government. Not just his government, but the one which came before, which he claims had its hands deep inside Zambia’s not-exactly-overflowing coffers. Going after Banda, therefore, is about applying justice even to former presidents – an important example in Africa where leaders are so often not held accountable for their actions. In this version, Sata and his government are doing the honourable thing.

The second (and far louder) camp sees less noble motivations behind the charges against Banda. Banda’s lawyer expressed this best: “Given this government’s exceedingly poor record on anti-corruption issues among sitting ministers, the international community shall not take such accusations at face value,”said Robert Amsterdam, a lawyer brought in from London to represent the former president (showing a regrettable lack of confidence from Banda in his country’s legal practitioners). “We cannot presume any sort of regularity to these proceedings when the ruling party has repeatedly violated the law in their attack against the democratic opposition.”

Ouch. But the plot thickens. According to Amsterdam, the charges are not about consolidating the power of Sata himself, whom he described as “enfeebled”, but have more to do with the jockeying for position in Sata’s Patriotic Front (PF) to succeed him. He blames justice minister Wynter Kabimba for this particular situation. “Kabimba believes that instrumentalising the police and courts with false accusations against his opponents will give him an advantage in his struggle to take over from the enfeebled President Sata. The plan is to systematically eliminate anyone who stands in the way of the PF’s determination to return Zambia to a one-party state, and the international community should be very concerned about the unlawful abuses taking place.”

So what’s really going on? Well, at this stage it’s difficult to say. One thing that’s worth noting, however, is that the two scenarios outlined above are not mutually exclusive. Rumours of corruption swirled around Banda and his family while he was in office, and some whisper that this is why the Zambian leader was overlooked for the prestigious Mo Ibrahim Prize for Achievement in African Leadership, which rewards a former African head of state for demonstrating good governance. Could there be truth to the corruption charges leveled against Banda now? Certainly – although we won’t be sure until the courts have their say.

And it is almost certain that Sata and his party are making use of these allegations for political gain. It makes good political sense: they need to look like they are acting tough in order to fulfill their electoral promises.

But is it more than that? A coincidence (or is it?) in the courts on Tuesday suggests that a more calculated plan to neutralise opposition is underway. Appearing on the same day in court as Rupiah Banda was Nevers Mumba, current president of Banda’s Movement for Multiparty Democracy, who is being charged with mismanaging public funds during his stint as high commissioner to Canada. And in a Livingstone court room, on the same day, leader of the opposition United Party for National Development Hakainde Hichilema was also answering charges, these of an even more serious nature. Hichilema has been accused of “proposing violence” after a ruling party member was killed in an area where his party had set up a command centre.

As yet, it’s still too early to connect the dots and come to any specific conclusions about what’s happening in Zambian politics. However, there are a concerning number of dots to be connected, and it’s worth keeping a close eye on Zambia for the time being. DM