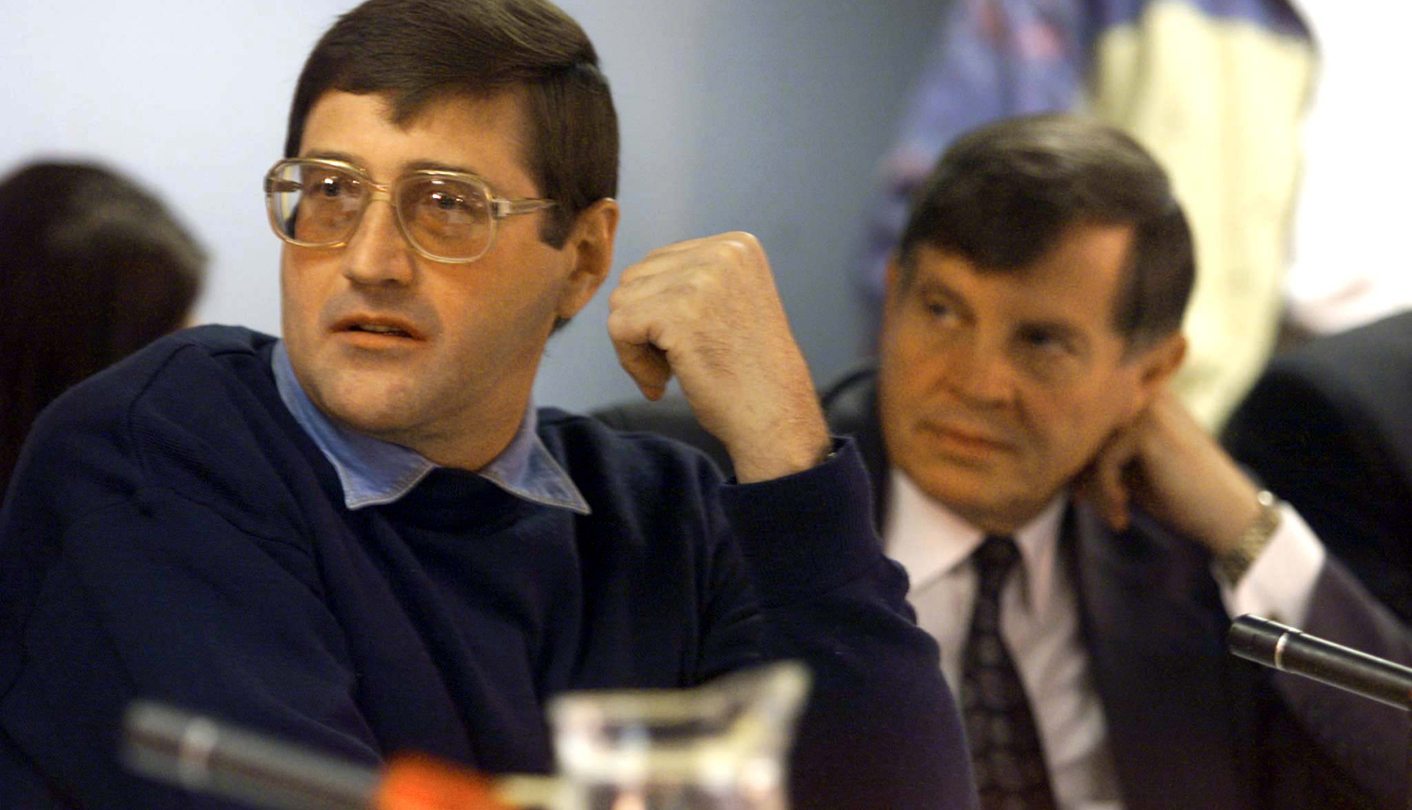 Hidden somewhere in KwaZulu-Natal are 64 tonnes of explosives and weapons of war. Dating back to the blood feuds between the ANC and the IFP on the killing fields of KZN, the weapons were trucked by convicted police hit squad commander, Eugene de Kock, who personally passed military hardware to Inkatha warlords. Only a fraction of those lethal arms caches had been recovered before the main warlord, Phillip Powell, escaped to Britain – with the little help of allies in the National Prosecuting Authority. Last week, De Kock sent a message from jail to the authorities, demanding that the search for the missing weapons be rekindled, before further bloodshed hits the country. By DE WET POTGIETER.

Eugene De Kock is in a fighting mood. The convicted commander has evidently decided to hit back at the people who purportedly bungled vital information he provided to help locate the hidden arms caches. And, he says, on their watch the kingpin behind the controversial KwaZulu-Natal military stockpile slipped out of the country.

The team from the Special Investigation Unit in charge of the search – and whom De Kock assisted with information while still incarcerated in C-Max – were Advocate Gert Nel from the NPA in KZN and Superintendent Wentzel Diederichs.

De Kock informed authorities last week that he wanted to lay charges of crimen injura against Nel for describing him as “a known liar” who “cannot be believed” in a report to the head of the NPA.

Diederichs, meanwhile, has died since the investigation.

De Kock’s chief bugbear is the way he was allegedly treated by the SIU, and relates to information he gave during testimony before the Defence Intelligence Commission in the late 1990s. During his two days of testimony before representatives from every intelligence agency in South Africa, De Kock warned that the government had recovered none of the arms caches he had supplied to Inkatha’s Phillip Powell. This was despite the fact that he had previously given full and detailed statements to this effect after his arrest in 1994.

When Advocate Marumo Moerane, who chaired the Defence Intelligence Commission’s hearing during the late 1980s – 1990s, asked De Kock how they could convince Powell to cooperate and reveal the location of the hidden caches, he suggested that the man should be arrested and prosecuted for being in possession of the arms.

Although he supplied the massive stockpile of weapons and explosives to Powell, De Kock claims he was never privy to the locations where the arsenals were cached.

Powell was then arrested and he agreed to point out the two huge arms caches, but only identified one before fleeing the country. De Kock said in his statement he had warned the authorities that Powell had both SA and British passports and would flee if he got the opportunity.

According to De Kock, Nel and Diederichs visited him in C-Max during this time and interrogated him “intensely” about the outstanding arms, ammunition and explosives and more. At that stage of his life behind bars, De Kock was still incarcerated in isolation in C-Max, and was totally unaware of what had happened on the outside with Powell.

Nel and Diederichs showed him an album full of photographs of more than seven tonnes of armament discovered in the first cache.

De Kock hand-wrote a whole list of arms, ammunition and explosives still outstanding. “I was intensely interrogated,” he described the meeting in C-Max. “They, Nel and Diederichs, said that not all arms were found, and I had to make a list for them as we sat in front of warders.”

They allegedly pulled out a comprehensive album with colour photos of all the arms recovered from the first cache. “On one of the photos, Superintendent Diederichs was sitting on a case of explosives smoking a cigarette.”

De Kock then told the investigators that not all arms were found, in particular not the 20,000 detonators and a truck-load of landmines.

“Advocate Nel became very abrasive in manner and asked me to make a list. I was handed an A4 paper, and Advocate Nel handed me a silver pen, and I drew up a list of outstanding arms from my memory and personal knowledge,” said De Kock.

“At that moment, unaware what have happened – being in total, absolute isolation for 23 hours a day lockdown – I saw Diederichs turn as white as chalk and Nel’s whole face turn red as a turkey neck,” he described the meeting. “I remember clearly, as I am writing here now, that Diederichs, as I feared, was going to have a heart attack, and Nel was to have a massive stroke and I was going to be blamed for it and charged.”

They walked out without saying anything further and a few days later De Kock heard that Powell had skipped the country without showing the investigating team the location of the second cache.

Several weeks later, he was shown a copy of Nel’s report to the head of the NPA that all the arms were found. This was the same report that described him (De Kock) as “a known liar” who could not be believed.

“Since that report, every year, once or twice, and even as recently as last year, I was questioned again by a Superintendent Dewey and others about where the rest of the arms are,” said De Kock.

“I want to lay charges against Advocate Nel for ‘crimen injuria’ calling me a liar in a false report he sent to the Director General of the NPA and the Minister of Justice.

“I also want him charged for defeating the ends of justice, as he clearly assisted Phillip Powell in escaping justice by neglecting his duties in taking Powell to the second cache, or arresting him for failing to point out the second cache.

“My truth has not been neutralised by Advocate Nel’s lies and the truth remains intact.”

De Kock added that Advocate Chris Macadam and various others would be able to assist in this issue.

Powell fled the country on the eve of his arrest in 2000, apparently to study in London.

Investigators confirmed soon after he skipped the country that of the 70 tonnes of weapons handed over to Powell by De Kock in 1993, Powell only pointed out six tonnes. They were uncovered in Nquthu, north of Ulundi, just before the 1999 elections.

The weapons were part of a 70 tonne, six-truck consignment De Kock delivered to Powell in 1993, in preparation for possible war during the 1994 general elections. It came from the “managing director” of the Civil Cooperation Bureau (CCB), Joe Verster. The CCB was the notorious front organisation of the Apartheid era’s military strategy to disrupt the ANC’s underground networks and assassinate target people in the struggle.

Sixty-four tons of weapons are still outstanding, and it is believed the majority of these are in KwaZulu-Natal.

Powell, a former security policeman with strong links to Vlakplaas, oversaw the training of more than 8,000 IFP-aligned self-protection unit militias in preparation for a possible civil war ahead of the 1994 elections.

His failure to disclose all the weapons has put paid to a special deal his lawyers struck with the then-provincial director of public prosecutions, advocate Mokotedi Mpshe, to indemnify Powell from any prosecution after he disclosed the Nquthu arms cache. DM

Photo: Eugene de Kock, (L) an Apartheid-era assassin nicknamed Prime Evil, appears at the Truth And Reconcilation Commission (TRC) amnesty hearing with his lawyer Schalk Hugo May 24. De Kock is currently serving a 262-year sentence for his crimes while leading the state-sponsored Vlakplaas death squad. He is seeking amnesty for over 100 incidents of murder, torture and fraud at a hearing expected to last several months. (Reuters)