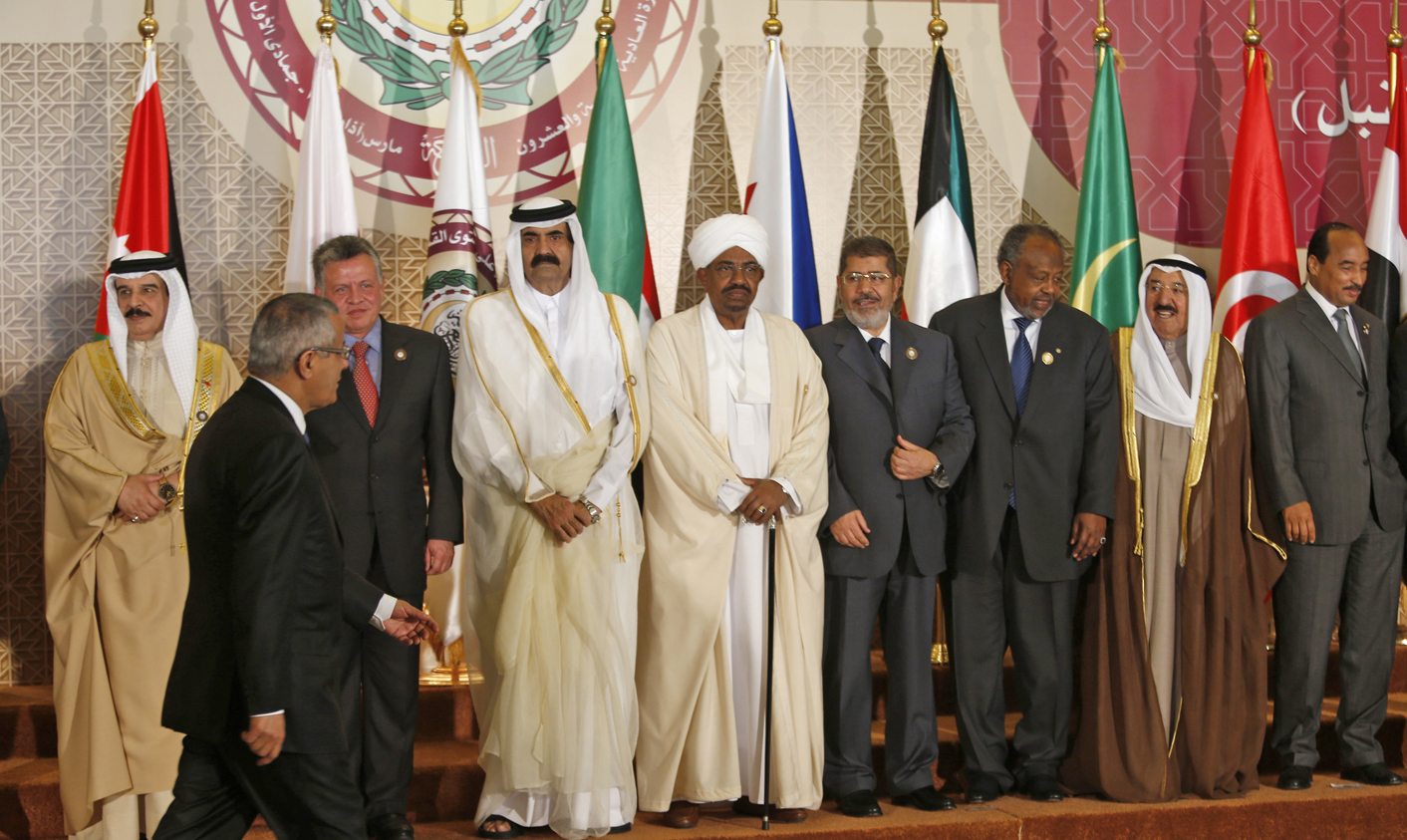 The Arab League on Tuesday approved a Qatari proposal to set up a $1 billion fund for Arab East Jerusalem, which Palestinians want as the capital of an independent state under any peace deal with Israel. By Sami Aboudi.

Arabs say that Israeli settlement-building on land captured in the 1967 Middle East war, including Arab East Jerusalem, has made a two-state solution backed by the United States unfeasible.

Qatar’s emir, Sheikh Hamad bin Khalifa Al-Thani, said his country will contribute $250 million to the fund, which he called for in an opening speech to an Arab summit in Doha that focused on the crisis in Syria and stalled Israeli-Palestinian peace efforts.

“The summit… calls for setting up a fund to support Jerusalem to the value of $1 billion to finance projects and programmes that would maintain the Arab and Islamic character of the city and reinforce the steadfastness of its people,” the draft resolution said.

The Islamic Development Bank, based in Saudi Arabia’s Red Sea city of Jeddah, will manage the fund, it said.

Palestinian President Mahmoud Abbas welcomed the fund to help protect the Arab character of the city and urged Arab states to contribute to it.

“The Israeli occupation is working in a systematic and hurried way to Judaise East Jerusalem, change its features and uproot its Palestinian inhabitants, attacking the al-Aqsa Mosque and its Muslim and Christian holy sites,” Abbas said in a speech at the summit.

Israeli Foreign Ministry spokesman Yigal Palmor said the initiative was “a badge of shame” for Qatar.

“Objecting to ‘Judaisation of Jerusalem’, so to speak, is absurd and is equatable to an objection to the Catholic nature of the Vatican or the Islamisation of Mecca, it is naturally unthinkable,” Palmor said.

The fate of Jerusalem has proved one of the thorniest sticking points in past Middle East peace negotiations.

Citing Jewish biblical ties to the holy city, Israel annexed the Arab eastern half and its surroundings in 1980 in a move rejected by the United Nations Security Council.

The Palestinian Authority (PA), which administers parts of the Israeli-occupied West Bank, is in deep financial crisis.

On Friday the United States promised $500 million in aid to the PA, and Israel pledged to resume transferring $100 million in monthly tax revenue it collects on the Palestinians’ behalf.

Qatar’s emir did not say if the proposed Arab fund would be channelled to the PA, whose writ does not run in East Jerusalem.

About 200,000 Israelis live in the annexed Arab part of Jerusalem, including more than 1,000 in and around the mostly Arab Old City.

Last year Arab donations, including $200 million from Saudi Arabia, constituted almost half the PA’s foreign aid, with the United States and European Union providing around $330 million.

“As we’ve have seen many times before, unfortunately decisions in Arab summits often do not materialise on the ground,” said Ghassan Shaka, a senior member of the Palestine Liberation Organisation.

“Financing is just a means, political help is the important thing,” he said. “The Arab world must convince and apply pressure so the world knows what’s required for peace.” DM

Photo: Heads of Arab states gather ahead of a group photo during the opening of the Arab League summit in Doha March 26, 2013. A summit of Arab heads of state opened in the Qatari capital Doha on Tuesday expected to focus on the war in Syria as well as on the Israeli-Palestinian conflict. REUTERS/Ahmed Jadallah