Analysis: Even Zimbabwe’s new constitution is waiting for Mugabe to die 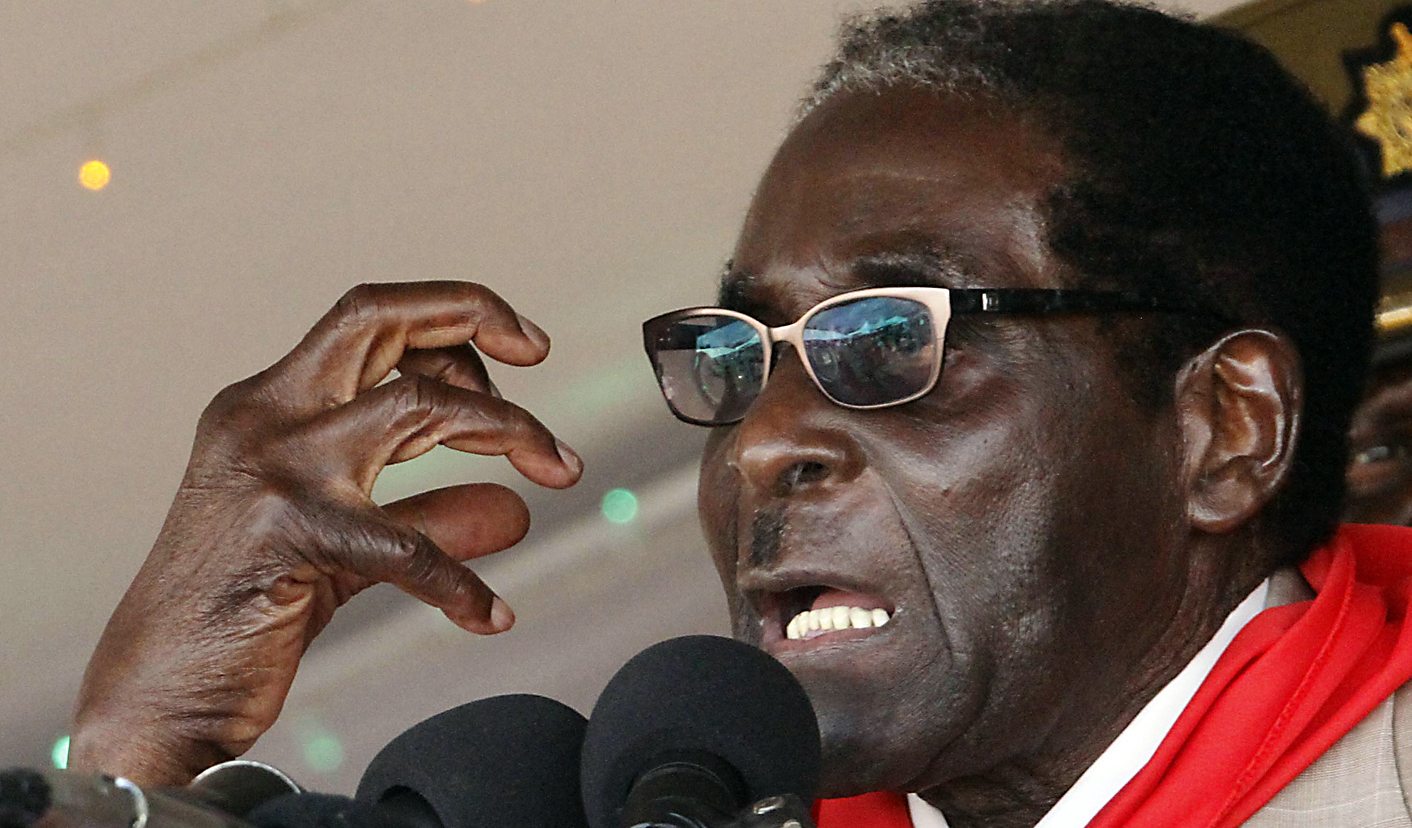 Zimbabwe’s new constitution may have been overwhelmingly endorsed by the population, but it will only really take effect in 10 years’ time – once all those special 10-year provisions expire, and, in theory, once Mugabe is no longer part of the political equation. By SIMON ALLISON.

It was, by all accounts, the most fair and trouble-free vote in recent memory. As Zimbabweans went to polling stations last Saturday to approve a new constitution – which they did, by an astonishing 95% margin – reports of intimidation and foul play were few and far between, at least by Zimbabwe’s admittedly low standards: a beaten up journalist here, an arrested activist there. “Transparent, orderly and professional,” was how the Southern African Development Community (SADC) observer mission characterised the referendum, and it was right, for the most part.

This was not a surprise. That the referendum would be a success was never in doubt once both major parties – Robert Mugabe’s Zanu-PF and the Movement for Democratic Change faction led by Morgan Tsvangirai – agreed to campaign to approve the draft constitution. For once, those old enemies found themselves in agreement, making intimidation or coercion on a significant scale unnecessary, ballot-stuffing and vote-rigging redundant. There was nothing at stake, so nothing to fight about: an important point to remember for those who think that this referendum might be the model for the presidential elections planned for later this year. It is not.

And now Zimbabwe has a nice, shiny new constitution that’s worth taking a closer look at. Of course, there are some good points. “The constitution is particularly strong where it puts the aspirations of ordinary Zimbabweans at the centre of government,” writes Petina Gappah in the Guardian. “A strengthened bill of rights obliges the state to put the empowerment of women and girls ahead of regressive cultural practices; makes significant inroads into the death penalty; forbids all forms of torture; guarantees freedom of expression and belief; and imposes obligations on the state to take steps to ensure access to shelter, health education, food and legal aid.”

So far, so good. But then things start to unravel as it becomes clear that this document was written in the spirit of bitter compromise. On the vexed issue of land ownership, only “indigenous” peoples are entitled to compensation for appropriated land. It will be up to the new constitutional court to decide who falls into this category, but it’s unlikely to be broad enough to include white farmers booted off their farms or narrow enough to signal a bonanza for Zimbabwe’s 1,200-strong San population.  It’s “a not particularly subtle code for black,” observes Gappah.

The constitutional court is a bit of a problem in its own right. In South Africa, the Constitutional Court functions as the prime guardian of the Constitution, and in practice has been one of the most effective bulwarks against the expansion of government powers and the passage of bad law. In Zimbabwe, the constitutional court will be drawn from the ranks of the existing supreme court, which has been thoroughly discredited as an independent judicial body. No judges can come from anywhere else for the next decade, the new constitution says – guaranteeing that Zimbabwe’s top judicial organ will continue to be a mouthpiece for Zanu-PF policy until then.

Then there’s the constitution’s most exciting clause: the introduction of term limits. Each president is allowed a maximum of two five-year terms, but this does not apply retrospectively, meaning that – if he is re-elected – Robert Mugabe is constitutionally entitled to another decade in office. And if he should die, or resign, within that 10-year period, then his party would be allowed to appoint a successor rather than go back to the electorate.

The number of these special clauses which expire in 10 years is telling. They were inserted at the insistence of Zanu-PF negotiators, and they offer the greatest clue yet into the party’s plans for Mugabe’s succession. The likely scenario is that Zanu-PF will ride the wave of Mugabe’s still great popularity to earn another win in the upcoming elections (or, at the very least, get enough genuine votes to ensure that not too much dodgy business is needed to get him across the line). Once he’s installed in office, the party can manage the issue of succession at its leisure. And if Mugabe doesn’t want to be succeeded, then he’s got 10 years in which to pop off and leave the party firmly in control. Given that he’s 89 now, this is not an unlikely scenario.

So why did the MDC, which has been fighting for so long to get rid of Mugabe and Zanu-PF, agree to these provisions? The obvious answer is that it feels confident it can win the upcoming elections; and, by being so cooperative during the constitutional negotiations, that it has guaranteed that SADC will step in if Zanu-PF tries to fiddle the vote. But perhaps there’s more to it. Perhaps the MDC, like the Zanu-PF wannabe leaders jockeying for position, knows that nothing will really change until Mugabe passes over power or passes on – and, until that happens, this constitution is the best way to keep things relatively stable. DM

Photo: Zimbabwe’s President Robert Mugabe gestures as he speaks during an event marking his 89th birthday at Chipadze stadium in Bindura, about 90 km (56 miles) north of the capital Harare March 2, 2013. REUTERS/Philimon Bulwayo