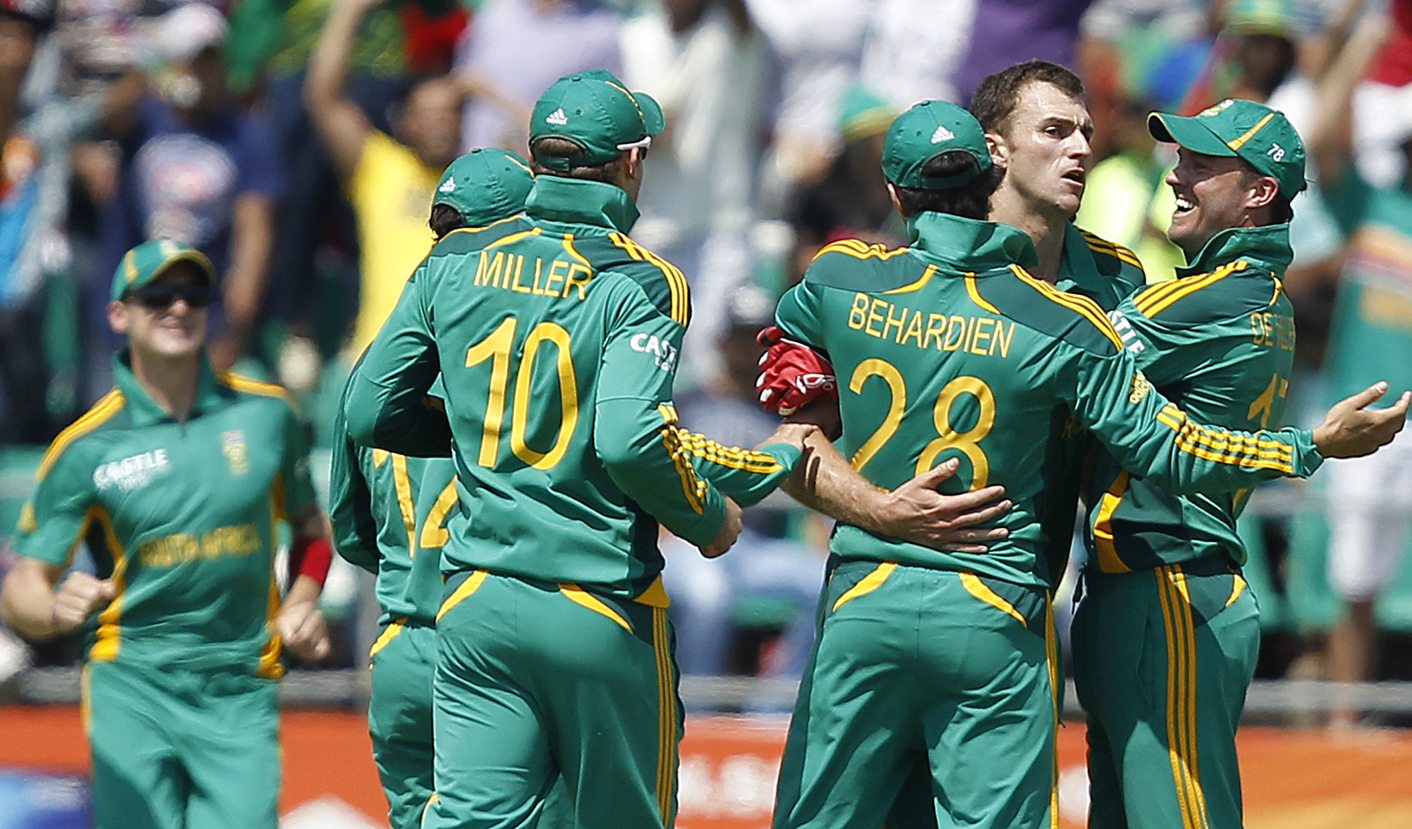 AB de Villiers notched up an unbeaten 95 to help South Africa seal a 3-2 series win over Pakistan in their five-match ODI clash on Sunday. It was another convincing knock in the skipper’s ever-growing repertoire, and a sweet seal on South Africa’s international summer. By ANT SIMS.

Another fine innings from AB de Villiers ensured South Africa clinched a series win against Pakistan on Sunday. The Proteas had to chase a total for the first time in the series, and while the top order remained unstable, the skipper notched up an unbeaten 95 to help the hosts chase down 206 with six overs still remaining.

That knock means De Villiers has now upped his average as skipper in the one-day format to 92.63, while in games where he has both skippered and kept wicket, he averages 101.20.  Those are remarkable figures, considering the burden of the dual role was questioned initially. Barring his inability to stick with over rates, De Villiers has made the keeper-captain role his own, and his innings on Sunday was another reminder of just how much he has grown as a player.

Pakistan won the toss and chose to bat first, with Morne Morkel returning to action in place of Rory Kleinveldt for the home side. The same old problems persisted for the Proteas, though. A poor over rate and a plethora of extras all combined to make their bowling innings look off colour.

Even with wickets falling regularly and only one Pakistani player managing more than 30 runs, the wickets fell largely thanks to Pakistan’s ineptitude rather than South Africa’s aptitude. A total of 11 wides stood out like a sore thumb in the extras column, and it’s a trend that has plagued the Proteas for the duration of the current ODI series.

Pakistan posted a dismal 205 all out in 49.1 overs, with Kamran Akmal 48(51) posting the only score of significance. All the South African bowlers, even Farhaan Behardien, pitched in with a stick or three, but the consistency was still lacking. And while Behardien did fulfil the roll of a part-timer, the evidence that the Proteas are in need of a second bowler to back Robin Peterson up when he is getting plastered was stark. The spinner was whacked across the park for 51 runs in seven overs, and while he did claim the prize scalp of Akmal, Peterson’s control was almost non-existent on Sunday.

Pakistan’s total had looked like it could well be competitive on a pitch that would have offered plenty for the seven-foot-something Mohammed Irfan and the crafty Junaid Khan. De Villiers admitted that things were tough and credited his bowlers for a good performance.

“It was difficult and it got even more difficult towards the end. It would have been tough if Pakistan got an extra few runs at the end, so credit to our bowlers for keeping things tight,” the skipper said.

The Pakistan bowlers struck early, with Quinton de Kock once again failing to make his mark on the international stage, despite his effervescent form on the domestic circuit, and Colin Ingram under-performing yet again.

Hashim Amla was undone by impatience when he tried to punch a hole in the pressure tube after labouring his way to 22 off 65 after more than an hour and a half at the crease.  At 83-3, South Africa wasn’t really struggling, but the team did need somebody to step up and guide them home. De Villiers did that, again. Like he has done so many times in this series, the skipper was there to shepherd the youngsters along.

Farhaan Behardien chipped in with an explosive 35 off 36, before he fell to the trap of a shorter delivery, which was mis-hit and top-edged to fine-leg.

With just a few runs left to get, David Miller had a chance to prove that he could stay responsible and reasonable, and he did. He added an unbeaten 20 off 20 to help his skipper see the side home.

De Villiers was pleased as punch with his performance and hopes that he can keep his good form going.

“I’m enjoying my batting at the moment. I keep things simple and my game plan is pretty simple. I’m trying to always play the situation I’m confronted with. I love that about ODI cricket, that the situation is different every time. It’s been going my way, I’m very happy with my form, and hopefully I can keep it up