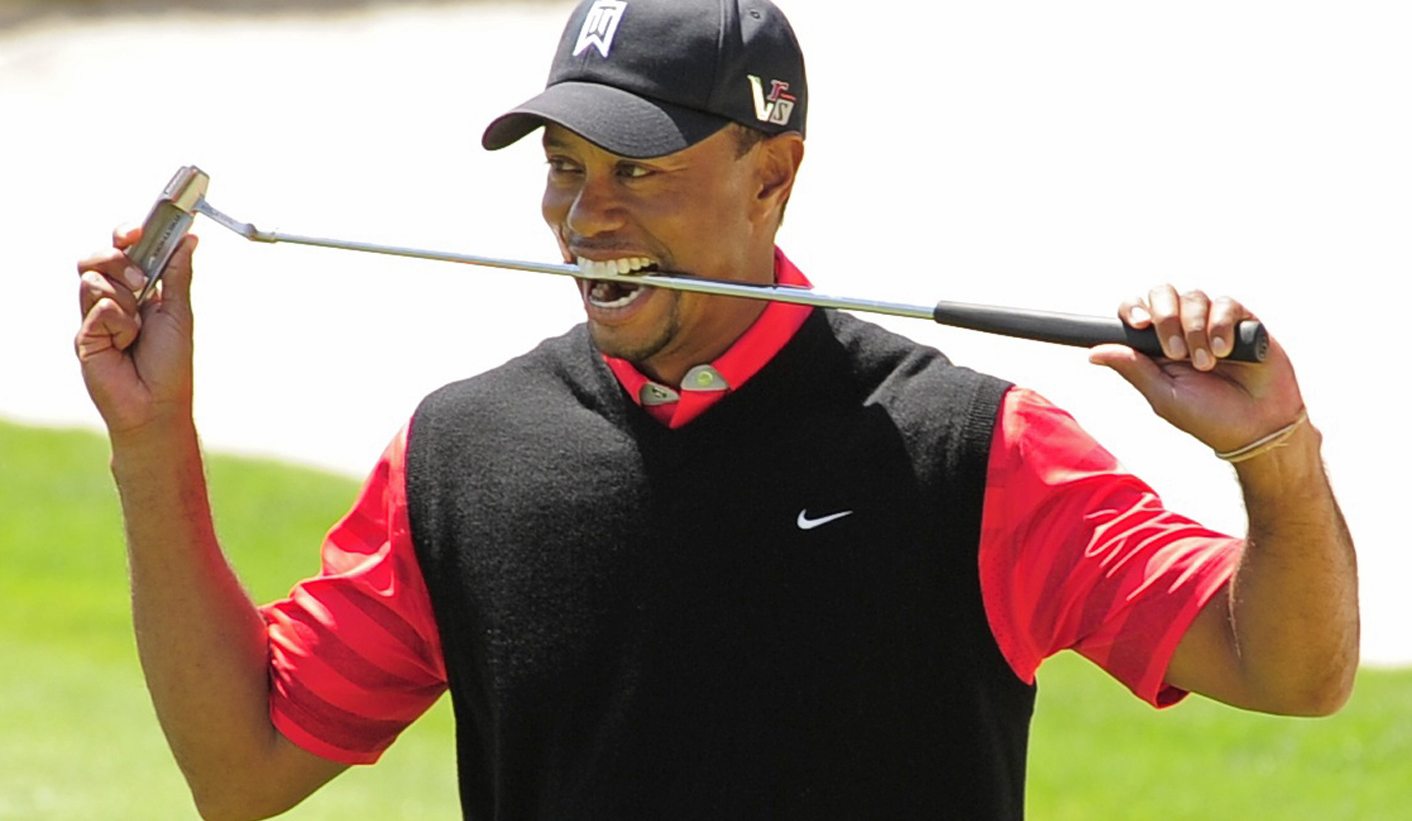 Not even a ferocious storm that pushed the Arnold Palmer Invitational to a Monday finish could stop Tiger Woods from winning an eighth Bay Hill title and reclaiming the world number one ranking. By Steve Keating.

Looking like his old imposing self, Woods completed a final-round two-under 70 for a two-shot victory over Briton Justin Rose to collect his 77th career PGA Tour win and begin his 11th reign as world number one.

After accepting the sparkling silver trophy from tournament host Arnold Palmer, a clearly delighted Woods was left feeling on top of the world as he returned to the top of the rankings for the first time since October 2010.

“There are certain events that are more special,” Woods told reporters. “When you have Arnold Palmer on the 18th green or you have Jack (Nicklaus) at the Memorial … it’s special to be able to walk off the 18th green and see these guys there.

“They’re living legends of the game.”

Woods has held the number one ranking for a staggering 623 weeks but in the 29 months since he last abdicated his throne Britons Lee Westwood and Luke Donald, Germany’s Martin Kaymer and, most recently, Northern Irishman Rory McIlroy, have all occupied the top spot.

In five starts this season, the 37-year-old American has collected three wins, the earliest he has won three titles in a season since 2008, marking him out as the clear favourite going into next month’s Masters.

But success in his final tune-up heading into Augusta has never translated into victory at the year’s first major. Each time Woods has won his final event before the Masters (2000, 2003, and 2008) he failed to reach the Augusta winner’s circle.

Still, few will be betting against Woods slipping into a fifth green jacket next month.

“If I get healthy, I know I can play this game at a high level,” said Woods, who has battled back from knee injuries and struggled with a swing overhaul the last few seasons.

“I know I can be where I’m contending in every event, contending in major championships and being consistent day in and day out, if I got healthy.”

Woods had barely begun his final round on Sunday, rolling in a birdie putt on the par-three second hole to open up a three-shot advantage, when warning horns were sounded to evacuate the course, sending spectators and players running for cover.

But when play resumed on Monday under brilliant blue skies an unruffled Woods went back to work, draining a 12-foot putt at the par-five fourth followed by another at the par-five sixth.

A wild tee shot at the eight hole resulted in Woods’s only bogey on his outward nine but he still reached the turn with a comfortable three-shot lead over playing partner Rickie Fowler and Rose.

Woods continued his mastery over the Bay Hill par-five holes, carding birdies at the 12 and 16 that provided the cushion for his win.

With a three-shot lead coming up the 18th fairway, a relaxed Woods was all smiles, playfully biting into his putter when his 74-foot par attempt at the last stopped two inches from the lip.

Fowler, who crumbled the last time he partnered with Woods in the final round of the 2012 Memorial where he shot a 12-over 84, showed no fear on Monday as he mounted a back-nine charge with birdies at 12 and 14 to chop the 14-time major winner’s advantage to two strokes.

But Fowler’s challenge disappeared in another shocking collapse with a bogey at 15 and a triple-bogey at 16, where he twice plunked his ball into the water.

“Just would like to have that seven-iron back on 16 … just unfortunate to make that swing at that time,” said Fowler.

“If we had a good shot in there, would have put a little pressure on him coming into the last two holes.” DM

Photo: Tiger Woods of the U.S. reacts after just missing a long putt on the 18th green as he won the Arnold Palmer Invitational PGA golf tournament in Orlando, Florida March 25, 2013. REUTERS/Scott Miller