Sudan’s Bashir confirms 2015 retirement: why, and why now? 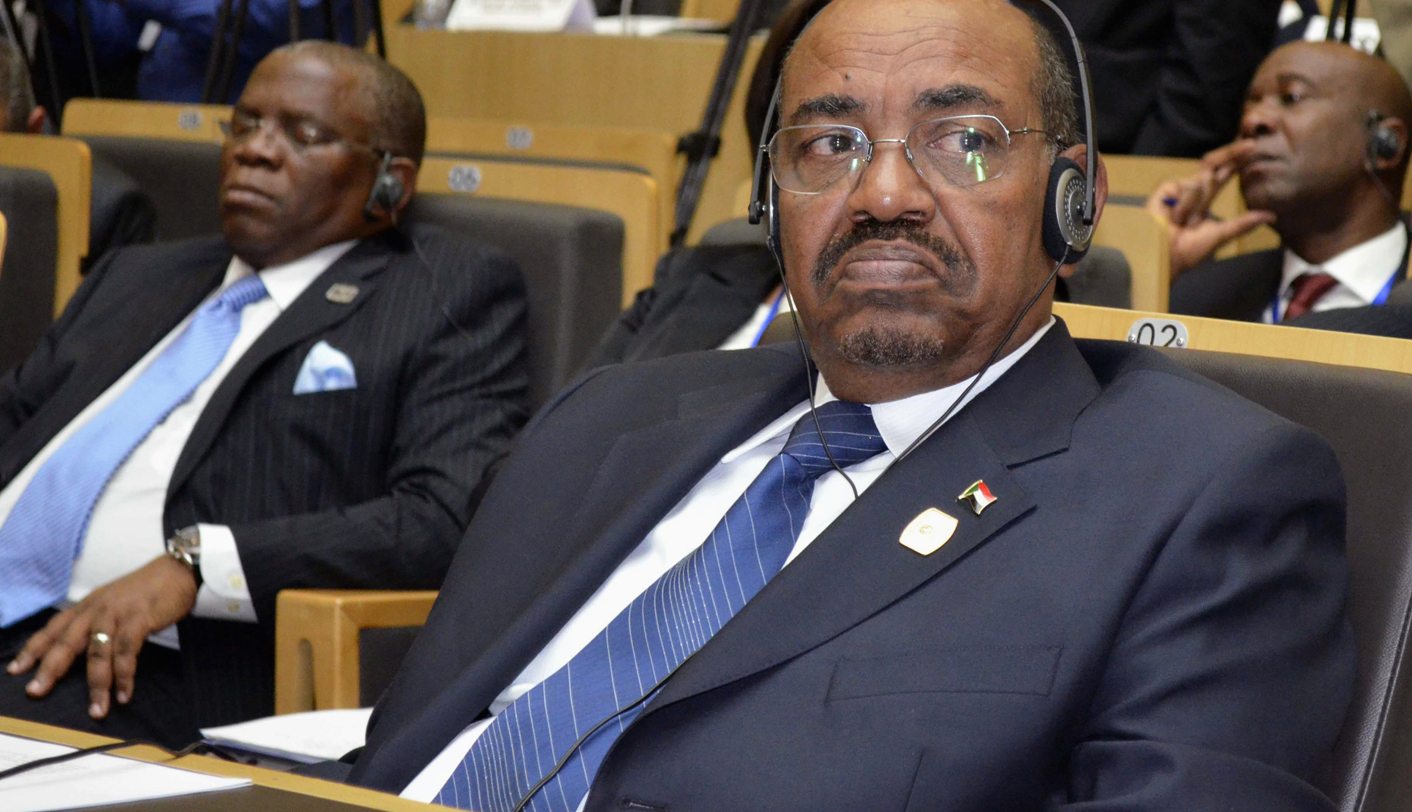 It’s the beginning of the end for Sudan’s Omar Al Bashir, who said that he’s gracefully withdrawing from office after more than two decades in the presidential palace. He’ll be gone by 2015, he claims. Few will mourn his departure, but SIMON ALLISON wonders what exactly prompted the sudden and surprising announcement.

Sudanese President Omar Al Bashir has said that he is stepping down in 2015 at the end of his term, making way for another, as yet unspecified candidate from the ruling National Congress Party to contest the one-sided presidential elections. He made this announcement in an interview with a Qatari newspaper, explaining that it was time he handed over power to allow someone else to build on his dubious legacy.

Okay, he didn’t use the word dubious. “Sudanese people are looking for fresh blood and a new impetus in order to continue on what we have begun,” is what he actually said, a statement which should immediately have raised a couple of alarm bells: first, it seems unlikely that a continuation of the house that Bashir built is good for anyone in Sudan bar the political-military elites in Khartoum; and second, “fresh blood” is a really unfortunate turn of phrase given the rivers of the stuff that have run through Sudan on Bashir’s watch, the inevitable consequences of a brutal civil war, a genocide or something near it in Darfur, and an iron grip on power retained via ruthless suppression of dissent and a firm application of the principles of divide and rule.

Assuming that we can take Bashir at his word on this – a dangerous assumption, but we can all use a bit of optimism in our lives – the question everyone is asking is what prompted his decision, and why announce it now?

There are a couple of theories doing the rounds. The first is that Bashir is sick. Sudan Tribune, one of the more reliable diaspora publications, reports that he’s been seeking extensive medical treatment in the Middle East. He had throat surgery in Qatar in August last year, followed by another operation in Saudi Arabia in November. He was reportedly back in Saudi this month for more checks, and has been advised to cut down on public appearances. We’ve seen this movie a few times before in recent years, with African leaders dropping like flies. 2012 alone claimed Malam Bacai Sanha of Guinea, Binguwa Mutharika of Malawi, John Atta Mills of Ghana, and Meles Zenawi of Ethiopia. Maybe Bashir is worried that he will be next, and is looking to wind down his commitments and slowly extricate himself from the high-power, high-stress, high-pressure business that is leading a military dictatorship.

Another theory is that Bashir is, in fact, losing his grip on power. There have been rumblings of discontent from within the coalition of forces which keep him in power. There are some Islamists who don’t think he’s Islamist enough, there are some generals who want more money diverted to the army, there are some party faithfuls who are beginning to think it’s their turn to occupy the presidential palace. The intrigues and inner workings of the Sudanese state are largely a mystery, but it’s not hard to see how one faction or another may have gained the upper hand, and forced Bashir to leave the stage which he has (dis)graced for the last two decades. This is where the timing gets interesting: presumably, a lengthy departure is a lot more stable than a sudden exit, which would create a power vacuum in which anything could happen.

Or perhaps the unexpected announcement is a sop to the protestors who have been displaying increasing defiance against the regime over the last year, sparking hopeful headlines of a Sudanese Spring. By declaring his impending withdrawal from power, Bashir preempts opposition demands and extends the life of the regime as a whole.

The news of Bashir’s decision to stand down follows a few others bits of interesting news from the Sudans, mostly positive. The armies of Sudan and South Sudan have both agreed to withdraw from contentious border areas to form a demilitarised zone. Efforts are underway to get the oil pumping from the fields in the south to the pipes and ports in the north, following an agreement on transit fees that Khartoum is allowed to levy. The two countries have agreed to form a joint committee to discuss the harbouring and support of rebel groups, an accusation which is frequently levied at each government by the other.

Let’s not get too excited. Although encouraging, these are all small steps in the long, difficult road to peace in the Sudans, and they’re mostly at the agreement rather than implementation stage. It’s also true that other, dangerous situations are being effectively ignored, such as the human security crisis  in Darfur and the humanitarian disaster zone that is the regions of Blue Nile and South Kordofan, where the Sudanese government continues to employ its tried and tested tactic of starving out civilian populations in response to rebel attacks.

The road to peace and stability has to begin somewhere, however, and the news of the impending departure of Sudan’s principal antagonist is as good a place as any. Let’s hope that this is one promise that Bashir makes good on. DM