Proteas and ODI: Must try harder

Proteas and ODI: Must try harder 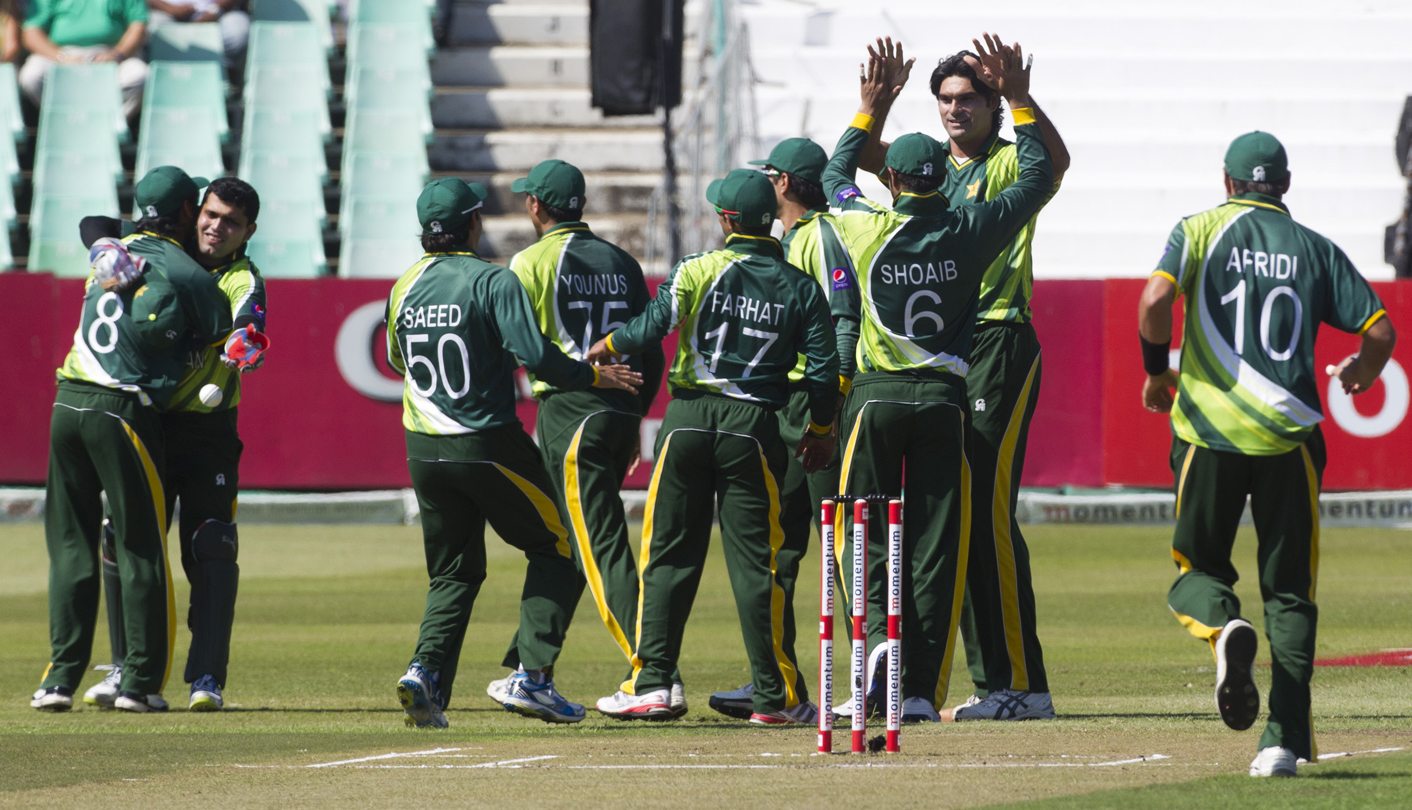 South Africa continued its inconsistency in the one-day format when the Proteas lost the fourth ODI against Pakistan by three wickets on Thursday. A top order collapse and struggling bowling attack all contributed to South Africa’s woes, and they now have to go back to the drawing board, with everything to play for in the final ODI on Sunday. By ANT SIMS.

The South African one-day side is about as consistent as soup. For all the talk of trying to find some type of constant in the format, they have failed. Even despite Pakistan’s best effort to lose the fourth one-day international in Durban on Thursday, the Proteas are still their own worst enemy – and now the series is squared heading into the final clash on Sunday.

Robin Peterson said in the lead-up to the match that when Pakistan has its back up against the wall, it becomes a very dangerous side. But while there we some concerted efforts, Pakistan was about as dangerous as a flowering shrub.

South Africa won the toss and chose to bat, again. Setting a solid total was imperative to its game, but delusions were soon undone as the seven-foot-something Mohammed Irfan struck first ball, sending Hashim Amla packing – with one of the mainstays of the previous ODI playing a loose shot and edging through to the keeper. Colin Ingram followed off the very next ball, undone by a yorker, and South Africa was left gasping for air before even getting out of the starting blocks.

The Proteas needed to consolidate, but Pakistan had other plans, and struck again in the tenth over. Graeme Smith fell victim to Junaid Khan, who had concocted a genius plan to get rid of the former skipper. With Smith having walked across his stumps so frequently in the first few overs, Khan kept it simple and aimed at the leg stump to send the timber crashing.

Farhaan Behardien also failed as Khan struck again, this time finding the edge which was well-taken behind the stumps.

With just ten overs gone, just 38 runs on the board and four wickets down, South Africa was in the all-too-familiar position of needing the middle order to guide them into some sort of safe haven.

Luckily for the Proteas, they had AB de Villiers in their arsenal, and he combined with David Miller, back in the side for the injured Faf du Plessis, as the pair put on a 115-run stand before Miller perished for 67 off 77, caught in front of his stumps. The skipper followed shortly after for 75 off 108 and at 170-6, Pakistan were all over South Africa like white on rice.

Robin Peterson and Rory Kleinveldt both played handy cameos, but posting 234-9 in 50 overs on a pitch which had much more to offer for the batsmen than the Proteas would have one believe, was never going to be good enough.

Mohammed Hafeez was dismissed early on in the peculiar fashion of obstructing the field, Kamran Akmal failed again and Younis Khan couldn’t get into double figures, but Imran Farhat and Misbah-ul-Haq grinded to a 153-run partnership, the highest ever at Kingsmead for the fourth wicket, to help set up Pakistan.

Farhat was painstakingly boring, awkward to watch and even with a host of poor balls from South Africa, he couldn’t take advantage. But despite his ineptitude for entertainment, he was ferociously effective.

Misbah managed 80 off 93 while Farhat fell short of his ton, ending on 93 off 144. Shoaib Malik guided his side home in the end, and Pakistan clinched a three-wicket win with eight balls still remaining, as South Africa was sent back to the drawing board.

Barring Dale Steyn, who finished with figures of 10-3-26-1, the South African bowlers were spectacularly inconsistent and ill-disciplined. A total of 13 wides was simply unacceptable, and while Peterson went through a spell of stranglehold, there was nobody to back him up – and eventually he succumbed to the pressures too.

In fact, the bowling was so terribly inconsistent and in such desperate need of somebody to fulfil a holding role that De Villiers opted to give Ingram an over. That over largely consisted of poor balls and went for 17 runs, a shameful return when the pressure was already running high.

The Proteas now have figure out a game plan ahead of Sunday’s match, and they have a new spanner thrown into the works: Smith is unlikely to take part in the final ODI on Sunday due to injury.

“Graeme’s chronic left ankle problem has surfaced again during this ODI series. We have been trying to manage him, but unfortunately the impingement syndrome slowed him down today and he is quite symptomatic.

“As things stand, he is unlikely to play in the last ODI, but we will make a final decision tomorrow (Friday). He has had surgery on this ankle a while ago and I think the load and the volume of cricket for the year, and particularly during this ODI series, has troubled him,” Proteas Team Manager Dr Mohammed Moosajee said.

Quinton de Kock is most likely to slot into the spot left by Smith.

Photo: Pakistan celebrates the wicket of South Africa’s Hashim Amla (not in picture) during the fourth One Day International cricket match in Durban, March 21, 2013. REUTERS/Rogan Ward