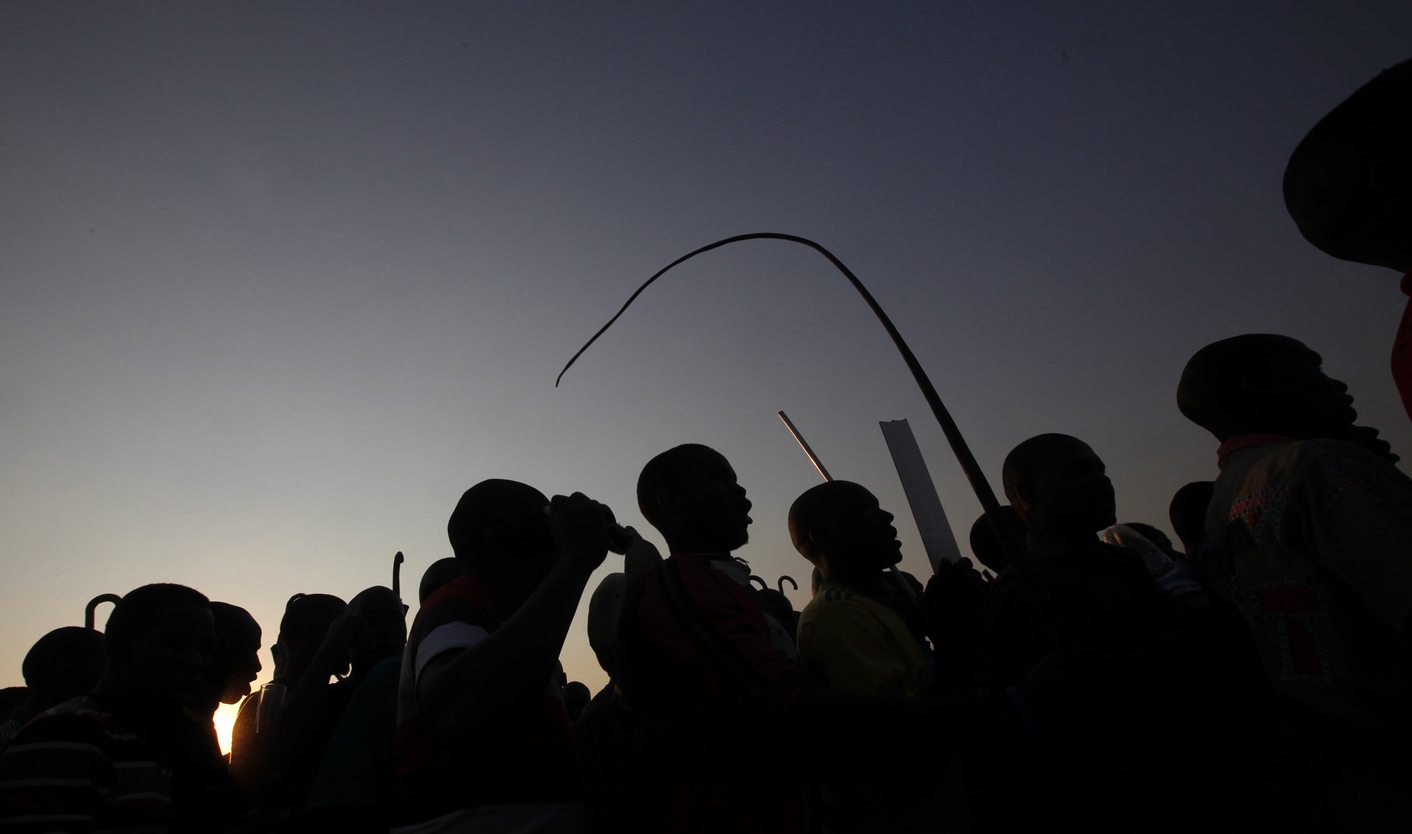 When police opened fire on a crowd in Sharpeville in 1960, killing 69 people, they provoked a wave of anger that motivated many South Africans to rise against and resist, in a variety of ways, the Apartheid government. South Africa is a very different place now, with a free society and democratically elected government in place. However, the attitude of the state towards its citizens and acts of police brutality are changing the way people perceive the government. Human Rights Day was a missed opportunity for those in power to get in touch with sentiment on the ground. By RANJENI MUNUSAMY.

At the National Human Rights Day event in Paarl in the Western Cape on Thursday, President Jacob Zuma said marking national days enables the country to reflect on the past “and draw lessons to build a better and united future”. The theme for this year’s celebrations was “United in advancing socio-economic freedom for all”.

Zuma said civil and political rights mean little if they are not accompanied by “tangible socio-economic rights”.

“We are building a country where communities have a road, schools, clinics, recreation facilities, community halls, electricity, water and sanitation. The state is called upon to ensure that citizens enjoy these rights, subject to resources being available,” Zuma said.

“Subject to resources being available” is obviously an essential disclaimer to placate those frustrated by backlogs and poor service delivery. But is the reason so many citizen’s rights are compromised the “unavailability” of resources?

According to a recent report by auditor-general Terence Nombembe, this is not strictly true. Nombembe found that in the 2011/12 year, there was an increase of almost R4 billion in unauthorised, irregular, fruitless and wasteful spending by national and provincial departments totalling R24.8 billion. Nombembe blamed these irregularities on lax internal controls, weak political leadership and a disregard for procurement rules.

This figure of R24.8 billion is double the amount Finance Minister Pravin Gordhan shaved off the budget this year due to tough financial conditions. So while government is cutting down spending and demanding belt-tightening all round, waste in government is actually increasing, showing that those down the delivery line are the ones effectively losing out. Millions of poverty-stricken South Africans, living in sub-human conditions, are being told to hang on until resources become “available”, when billions are flushed away annually due to incompetence, dishonesty and poor leadership.

More depressingly, the audit conducted by Nombembe does not even start to take into account the billions being misappropriated through corruption in the government system, where contracts are farmed out to the politically connected, or costs are inflated for the upkeep of the political elite. As is evident by government dealing with the overspending on renovations at Zuma’s Nkandla home and splurges by Cabinet ministers, procedures are flouted and circumvented, with seemingly limitless ways to escape accountability.

Without acknowledging the rot  all around him, the president resorted on Human Rights Day, as he has several times before, to blaming South Africa’s Apartheid past for current woes.

“We know that many sections of society and individuals become agitated when we refer to the Apartheid legacy in our country. This is a fact and the legacy cannot be reversed overnight. We will continue doing our best in spite of the challenges that we face,” Zuma said.

If this is the “best” Zuma’s government can do, he has not set the bar very high and he is misjudging the patience of South Africans.

Statements like these also show contempt for the goodwill of South Africans towards their government and make a charade of commemorations like Human Rights Day. The day marks the killing of 69 people by the Apartheid police in 1960. The victims were among a crowd of 5,000 people protesting against pass laws in Sharpeville. It is not acceptable that political leaders simply go through the motions to tick off the day, failing to take even their own statements seriously.

This year, Human Rights Day takes place in the context of unprecedented violence in South Africa’s young democracy. It is the first Human Rights Day since the Marikana massacre in which 112 mineworkers were shot by the police and 34 of them were killed; a horrific event which traumatised that community and threw South Africa into the international spotlight, with parallels drawn to the Sharpeville massacre.

Even now, as is evident at the commission of inquiry investigating the massacre, there is little remorse or accountability from those in authority about what happened. They seem not to realise that Marikana was not just another violent protest, like so many others that happen across the country. The Marikana massacre has painted the state as the aggressor against the civilian population.

This has prompted a change of attitude across society in the way people see the ANC government and has even given rise to a new political party, the Workers and Socialist Party, which will campaign on the premise that the state is now the enemy of the working class.

The state, in the form of the president and his ministers, seems not to realise that the combination of the Marikana massacre with the numerous incidents of police brutality, highlighted by the ghastly torture and death of taxi driver Mido Macia, is fast changing perceptions of the ANC government.

While Zuma might justifiably believe there is no need for a commission of inquiry into police brutality, as he expressed in Parliament on Wednesday, he seemingly has not grasped the impact all these incidents have on the psyche of the nation and citizen’s perceptions of the state. If he did, Zuma, on the occasion of Human Rights Day, would have sent out a clear, unambiguous statement to the police that they will lose their jobs and face severe penalties if they violate the human rights of citizens – the very people they are supposed to protect and serve – in the course of their duties.

He did not say so because very often the police are used as the interface with the civilian population to suppress dissent and protest action against the state. In future, there are bound to be even harsher crackdowns on protest action, in line with the measures Zuma announced in his state of the nation address last month. In order to enforce these measures, a militant police force is required, not a pacifist service respectful of human rights.

Zuma ended his Human Rights Day speech by saying South Africa was a “healthy democracy where people are able to express themselves and also promote the enjoyment of their rights.” Compared to 1960, South Africa has indeed come a long way and therefore the 69 victims of the Sharpeville massacre did not die in vain.

South Africans in 1960 were not prepared to tolerate the abuse. Today, in order to pay tribute to their memory, South Africans need to continue to protest against new and continuing violations of their rights, even if it is against those who fought for them.

And if those in power claim to respect and uphold citizens’ rights but instead undermine and abuse them, what’s left of trust and understanding will one day soon evaporate, never to return. DM