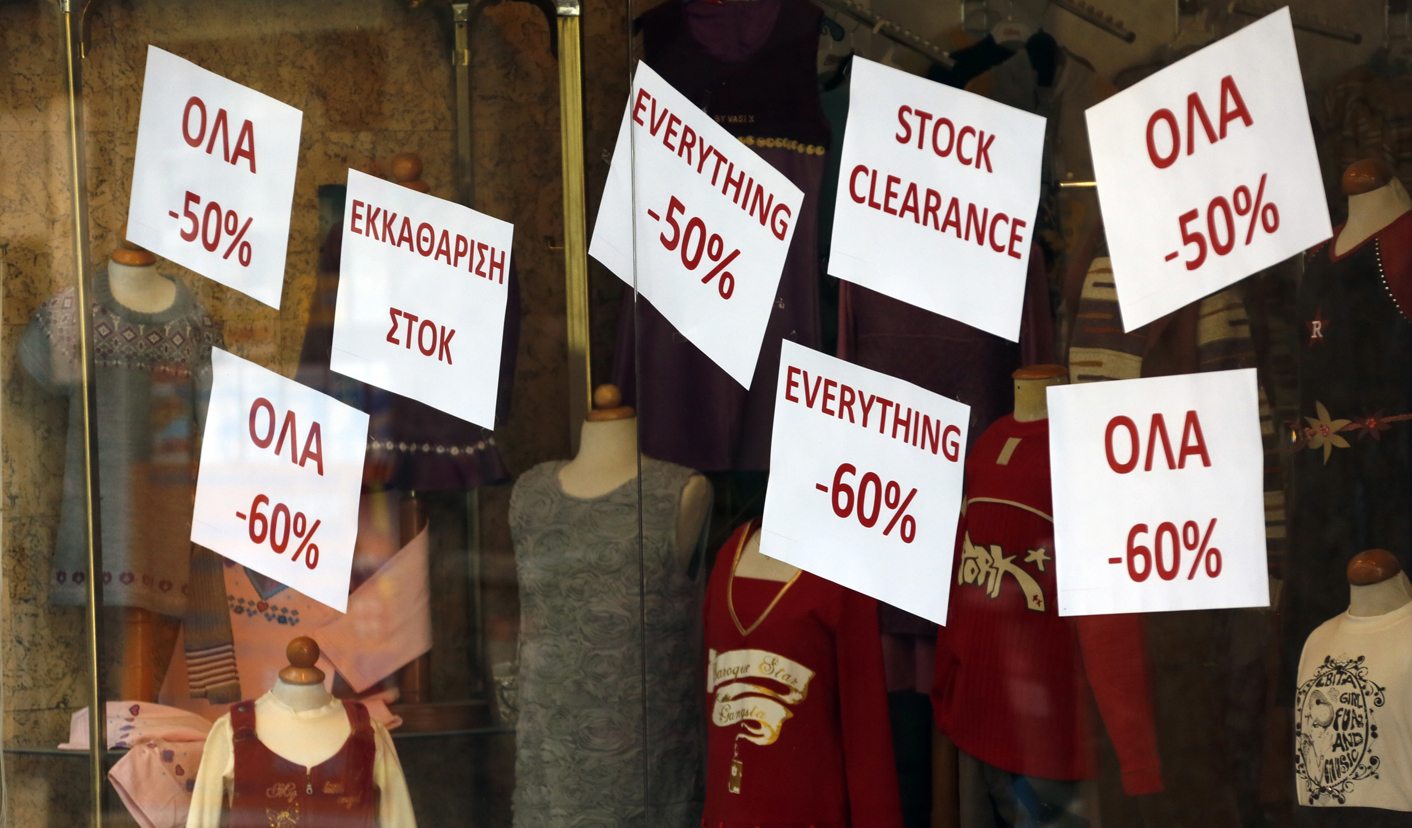 Cyprus's parliament overwhelmingly rejected a proposed levy on bank deposits as a condition for a European bailout on Tuesday, throwing international efforts to rescue the latest casualty of the euro zone debt crisis into disarray. By Michele Kambas and Karolina Tagaris.

The vote in the tiny legislature was a stunning setback for the 17-nation currency bloc, thrusting it into uncharted waters; lawmakers in Greece, Portugal, Ireland, Spain and Italy have all accepted unpopular austerity measures over the last three years to secure European aid.

With hundreds of demonstrators facing riot police outside parliament and chanting “They’re drinking our blood”, the ruling party abstained and 36 other lawmakers voted unanimously to reject the bill, bringing the Mediterranean island, one of the smallest European states, to the brink of financial meltdown.

EU countries said before the vote that they would withhold 10 billion euros ($13 billion) in bailout loans unless depositors in Cyprus, including small savers, shared the cost of the rescue; the European Central Bank had threatened to end emergency lending assistance for teetering Cypriot banks, which were hard hit by the financial crisis in neighbouring Greece.

The demonstrators were unbowed: “This is a great decision for Cyprus,” said Andreas Miltiadou, a 65-year-old pensioner among the crowd. “The voice of the people was heard.”

Dutch Finance Minister Jeroen Dijsselbloem, who chairs the Eurogroup of finance ministers, said the bloc “deeply regretted” the vote but that the bailout offer still stood providing the conditions were met. “The ball is in Cyprus’s court,” he said.

Euro zone paymaster Germany, facing an election this year and increasingly frustrated with the mounting cost of bailing out its southern partners, said Cyprus had no one to blame but itself.

“Cyprus requested an aid programme,” German Finance Minister Wolfgang Schaeuble told ZDF television. “For an aid programme we need a calculable way for Cyprus to be able to return to the financial markets. For that, Cyprus’s debts are too high.”

Newly elected President Nicos Anastasiades was due to meet party leaders at 9 a.m. (0700 GMT) on Wednesday to explore a way forward.

Finance Minister Michael Sarris left for Moscow on Tuesday to scout for support, amid speculation Russia could step up, given the high level of Russian deposits in Cypriot banks. Anastasiades held a “fruitful and constructive” phone call with Russian President Vladimir Putin after the vote, the Cypriot government said.

Europe’s demand at the weekend that Cyprus break with previous EU practice and impose a levy on bank accounts caused outrage among Cypriots, who emptied bank cash machines, and unsettled financial markets.

Combined with Anastasiades’ refusal to accept a levy of more than 10 percent on deposits above 100,000 euros, that meant taxing smaller accounts too, which savers had thought were protected by state guarantees.

An important issue in negotiations has been the high level of deposits held in the island’s banks by non-EU citizens and companies, notably from Russia, where Cyprus has established itself as a major provider of offshore financial services.

Finance Minister Sarris denied by text message to Reuters reports that he had resigned, which had rattled markets’ nerves as lawmakers were poised to vote.

Stunned by the backlash to the proposed levy, euro zone finance ministers urged Nicosia on Monday to avoid taxing accounts below 100,000 euros, and instead increase the levy on big accounts, which have always been unprotected by the state deposit guarantee.

The European Union and International Monetary Fund are demanding Cyprus raise 5.8 billion euros from bank depositors to secure the bailout it needs to rescue its financial sector.

A revised draft bill would have exempted savings under 20,000 euros from a 6.75 percent levy on deposits of less than 100,000 euros, leaving a shortfall. But that was not enough to sway lawmakers to accept the tax.

“You can’t take a 10,000-metre jump without a parachute. And that’s what they’re asking of us,” said George Perdikis of the Greens Party.

French Finance Minister Pierre Moscovici said the euro zone could not lend Cyprus any more, since the country’s debt would become unmanageable for its 1.1 million people.

“Above 10 billion euros we are entering into a size of debt that is not sustainable,” Moscovici told reporters in Paris.

International market reaction has been muted so far but that might change.

“In the very short term, this will be a small victory for the more rational observers who had looked at this move as, frankly, outrageous. But it leaves Pandora’s Box wide open,” Mike Moran, senior currency strategist at Standard Chartered in New York, said of the plan to make bank depositors contribute.

While Brussels has emphasised that the measure was a one-off for a country that accounts for just 0.2 percent of European output, fears have grown that savers in other, larger European countries might be spurred to withdraw funds.

Dijsselbloem, the Eurogroup chair, said there would be no need to impose a levy in any of the 16 other euro countries.

Deutsche Bank Chief Executive Anshu Jain said in Frankfurt: “We see near-term contagion risk as limited. This is unlikely to be a model for other European Union states.”

Some Cypriots hope they can get aid from Russia, which has bailed out Cyprus in the past. Many Russians keep their money in Cyprus and operate businesses from there.

Russian authorities have denied that the Kremlin might offer more money, possibly in return for a future stake in Cyprus’s large but as yet undeveloped offshore gas reserves, which have raised the island’s strategic importance.

An influx of Russian money and influence since the collapse of the Soviet Union has led some Brussels officials to complain privately that Cyprus acts at times as a “Trojan donkey” for Moscow inside the European Union since it joined in 2004.

Banks in Cyprus are to remain shut on Wednesday to avoid a bank run. The island’s stock exchange will also be closed on Wednesday. DM

Photo: Lawmakers raise their arms to vote against a controversial bill to tax deposits in Nicosia March 19, 2013. Cyprus’s parliament overwhelmingly rejected a proposed levy on bank deposits as a condition for a European bailout on Tuesday, throwing euro zone efforts to rescue the latest casualty of the currency area’s debt crisis into disarray. REUTERS/Yiannis Nissiotis