Woodstock’s urban renewal: Much more at stake than the loss of parking 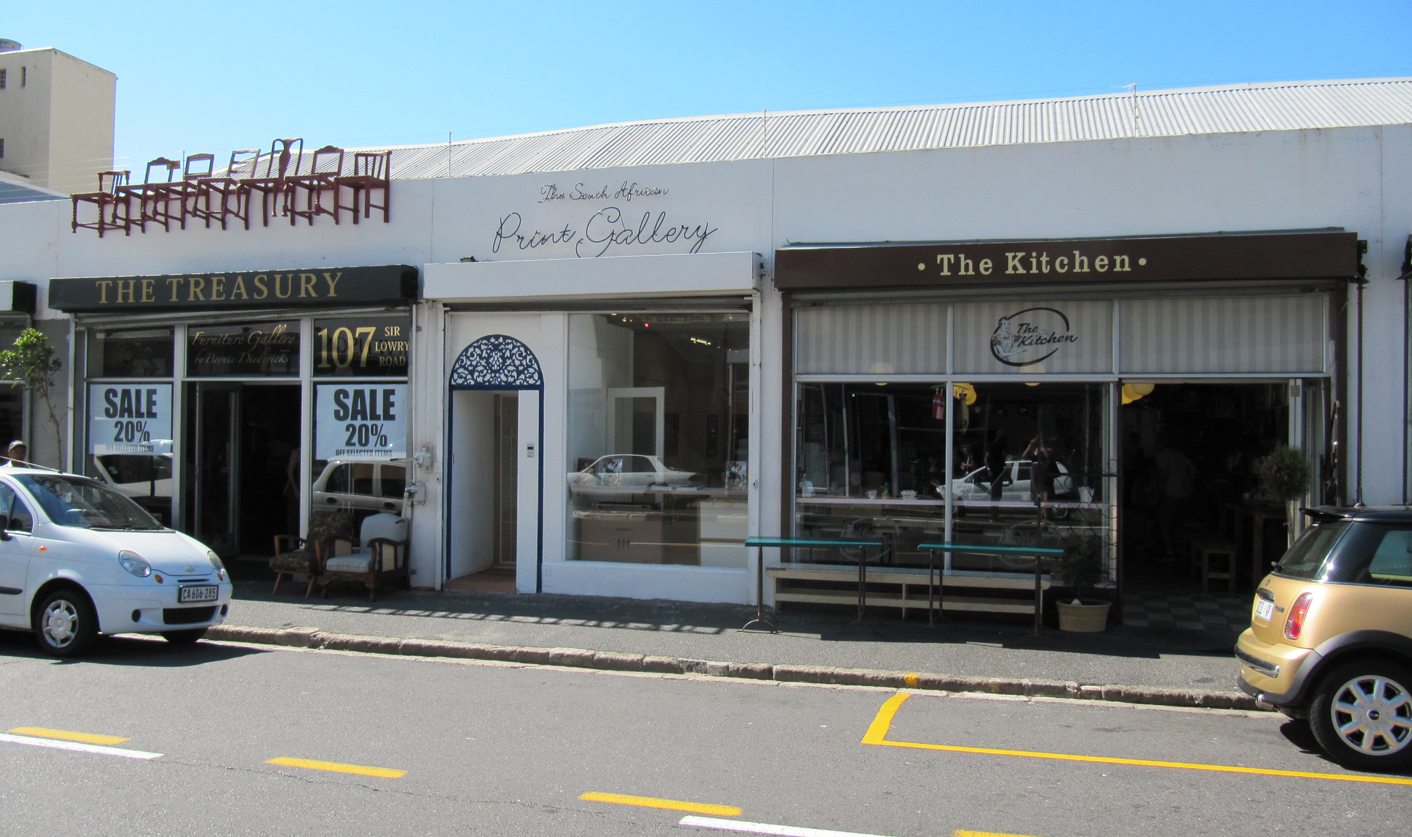 In South Africa, the phenomenon of gentrification is commonly associated with the resurrection of downtown Johannesburg and the rebirth of Woodstock in Cape Town. Both areas share a common denominator for gentrification: a growing middle class with disposable incomes and a taste for all things designer. And both fail to support government’s claim that it is creating inclusive cities for all, writes LAURA A WENZ.

“When I first moved to New York, it was dingy, disgusting, dirty, ugly, flea-ridden, stinky and altogether terrifying – but then sadly the whole city started to go uphill,” laments Ted Mosby, the naïve and inveterately romantic protagonist of the popular American TV-comedy series  How I met your Mother. His sentimental statement captures the glum irony of urban regeneration: Neighbourhoods with the right mix of historical flair, cosmopolitan ambience and urban decay perpetually attract students, young professionals and artists in search of cheap rent and inspiration.

Armed with the best intentions and an undaunted can-do attitude, these pioneers set out to make their newly adopted working-class neighbourhood an even better one, praising its “gritty charm” and “original character” while they open coffee shops and organic eateries. Only too late do they realise that property developers have been watching them closely and once the word on the potential value of the once hidden gem is out, land prices shoot through the roof, artists exit through the gift shop and long-time residents end up on their stoep, door locked firmly behind them.

Photo: Basic Needs has been converted into galleries by now.

Thus goes the popular narrative of gentrification, an urban transformation process first described in 1964 by British sociologist Ruth Glass. What Glass originally conceived of as an isolated anomaly in her London neighbourhood’s housing market has since turned into a globalised urban strategy. In South Africa, this phenomenon is most commonly associated with the resurrection of downtown Johannesburg and the rebirth of Woodstock as Cape Town’s art and gallery district. With the opening of the Braamfontein Neighbourgoods Market, an offshoot of Woodstock’s popular Saturday haunt, both areas seem to share a common denominator for gentrification: a growing middle class with disposable incomes and a taste for all things designer.

Yet, research suggests that no two gentrifications are alike – or to use the words of the late urbanist Neil Smith: “Insofar as it is an expression of larger social, economic, and political relations, gentrification in any particular city will express the particularities of the place in the making of its urban space.” Hence, it is important to ask how exactly gentrification plays itself out in the context of our already highly segregated and unequal cities. Alongside the Bo-Kaap, Woodstock has been repeatedly referred to as the poster child for gentrification in Cape Town as its old-industrial building stock has been converted into a growing number of sleek creative industry hubs. The latest addition is the former Woodstock Industrial Centre, now called “Woodstock Exchange”, which has undergone a drastic facelift in the hands of Indigo Group, the original developers behind the equally fashionable Old Biscuit Mill. Previously a mixed-used building, where artists and designers worked alongside small-scale industrial manufacturers and the infamous Golden Plate take-away, the space has now been converted into a “theatre retail” mall with wide shop fronts for displaying the various artisanal workshops and their design goods. Though some recent media reports on Woodstock’s rapid urban renewal have tried to capture the negative side-effects of this rapid urban makeover, the problem is often reduced to traffic congestion and car security issues. But there is much more at stake for many local residents than the loss of parking.

Rising property values are often too readily assumed to benefit local home-owners, while in fact they have put severe strain on old-established residents, who have had to cope with rising municipal rates due to property re-evaluation. According to the Anti-Eviction Campaign, some families have not been able to afford the escalating rates, leading to their eviction and removal to ‘Blikkiesdorp’.  This infamous Temporary Relocation Area (TRA) – a not-so-glamorous World Cup legacy – has been repeatedly slammed by human rights groups for its inhumane living conditions.

Though the market effects of higher land value are at first glance supporting the city council’s densification strategy as space needs to be used more efficiently, it simultaneously prohibits the development of affordable housing and rental units. This however is an essential prerequisite for making the inner city more accessible to people in the low-income bracket and cracking open the encrusted patterns of urban inequality.

There is no denying that capitalistic interests play a significant role in fuelling the process, but many articles tend to allow gentrification to be reduced to an effect of “natural” market forces. For example, in her story on Woodstock’s design invasion, Nadine Botha fails to challenge local improvement district chairman Elan Kirschenbaum’s assertion that: “There’s no right or wrong; it’s capitalism.” Such utterances support the unfounded conclusion that gentrification is an “organic flourishing” that can neither be criticised nor repelled.

If the government’s claim to create inclusive cities for all is taken seriously, then it is crucial to debunk this myth of a depersonalised and untameable market and look beyond the simplistic dualism of capital vs. culture to gentrification’s deeper root causes.

Official zoning policies are an often forgotten yet powerful instrument. They can be used to fuel or combat gentrification – depending on their application. Woodstock’s designation as a priority Urban Development Zone (UDZ) came with significant tax rebates for urban upgrades and aimed to support the CBD’s expansion eastwards. This played a key role in kick-starting the first wave of large-scale commercial developments in 2007. In order to protect the remaining low-cost rental housing stock and its residents, mechanisms such as social preservation concepts or rent-control laws would have to be similarly enforced through altering the existing local zoning framework.

But government legislation alone won’t do the trick. Often, the problem with gentrification is as much about the people who are displaced as it is about those who manage to stay on and feel increasingly alienated by the changing image of their neighbourhood. In Woodstock, there have been numerous unacceptable displays of problematic colonial sentiments. One example is the black concierge, clad in a tailcoat, white stiff-collar shirt and top hat, manning the entrance to “The Bromwell” – a not so subtle reminder of who is welcome and who is not in this exclusive fashion boutique mall on Albert Road.

Other newcomers have shown more sensitivity towards the space and its old-established community; artists such as Faith47 or Mak1One have chosen to actively engage the community instead of ignoring or just co-opting them to push commercial interests. However, the link between artists and gentrification remains a double-edged sword as popular street art and graffiti displays further intensify the hype and, often unwillingly, turn into handmaids of gentrification. In New York’s Lower East Side, artists and young designers were among those marginalised and displaced by big business and retail chain stores. In Woodstock, however, most of them still manage to retain their foothold in the area; though they might have to settle for smaller studios or higher rents as in the case of those 40 creative practitioners who had to leave the Woodstock Exchange before its renovation only to find refuge right next door.

Nevertheless, the growing unease about this social conundrum is palpable among Woodstock’s creative flock, some of whom are exploring less intrusive and more integrative urban interventions that honour the local heritage and respect the surrounding community – old and new. Thinking about gentrification in an expanded manner also seems pertinent with regard to the currently running Design Indaba with its compelling – albeit repetitive – mantra of “a better world through creativity”.

Recently, the Cape Peninsular University of Technology even ran a week-long workshop in cooperation with a group of German design students from the Cologne International School of Design with the aim of comparing gentrification processes in Berlin and Cape Town. Apart from fostering the understanding that design is never innocent with regard to urban regeneration, it also debated alternative models of renewal as well as more subversive measures to promote social awareness and articulate resistance.

Tackling gentrification is by no means an easy task. But if we want to create more inclusive and diverse cities, it is paramount to engage with the full extent of its social repercussions. Only then can we guarantee that our cities also provide a habitat for and embrace the cultural registers of those who do not necessarily fit the mould of the globalised creative class. DM

All photos by Laura A Wenz.