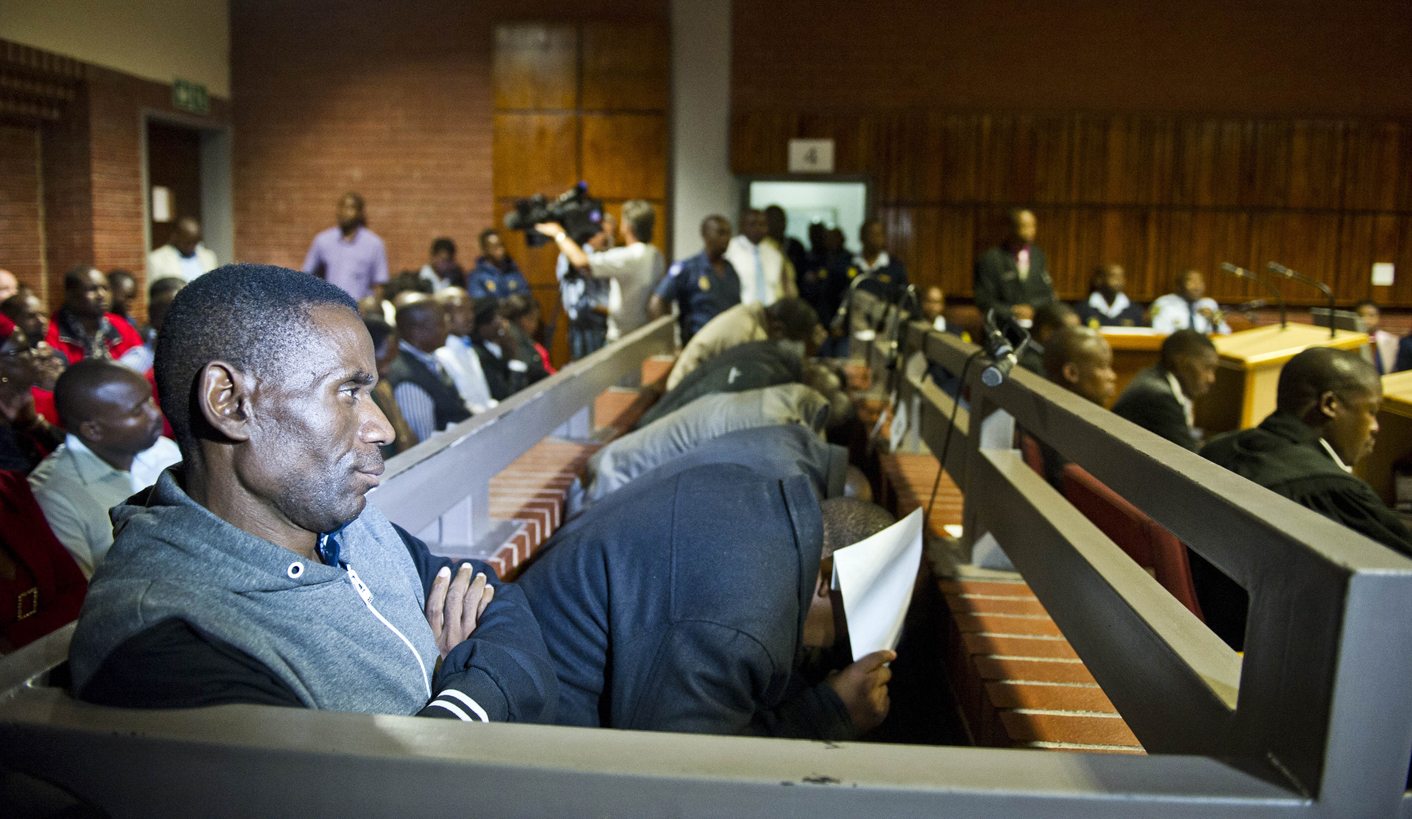 Parliamentarians have failed to prevail on disgruntled magistrates to cancel a planned strike next week. The magistrates are set to be awarded a 5.5% pay hike by parliament on Thursday, but this still falls short of the demands of the magistrates. By KHADIJA PATEL.

On Wednesday, parliament’s justice committee recommended that the National Assembly approve a notice granting a 5.5% salary increase to magistrates. The committee, however, has declined to intervene between magistrates and the Independent Commission for the Remuneration of Public Office Bearers, setting the scene next week for a possible strike.

The Association of Regional Courts Magistrates of Southern Africa (ARMSA) and the Judicial Officers Association of South Africa (JOASA) are locked in a dispute with the Presidency and the Independent Commission over the salary increase.

The dispute stems from a move to bring the Chief Justice’s salary in line with that of the deputy president and the Speaker of Parliament. Before this salary hike, the lowest ranked judicial officer, a magistrate, earned 43% of the salary of the Chief Justice.

As it stands, the chief justice earns R2,130,769 per year. The lower court magistrates earn R639,256 per year. Magistrates are fighting for an increase that would give them about R1 million per year.

Naazim Joemath, president of JOASA, said his organisation had approached the justice committee to reject the recommendation of the Independent Commission.

According to the law, once the president has approved the recommendation of the commission, the notice of the increase has to be approved by both houses of Parliament before any increase can be granted.

This has to happen before the end of March for the increases to become effective.

The National Council of Provinces security committee has also reversed its earlier decision to endorse a rejection of the 5.5% increase. The requisite approval from both houses of Parliament now appears to have been won, but this is not what magistrates want.

“We are not exactly satisfied with this,” said Ian Colditz, chairperson for ARMSA’s salary and service conditions division. He added, however, that his organisation had committed over a month ago not to pursue industrial action to voice their discontent on the matter.

Joemath, in contrast, said magistrates affiliated with his organisation would still pursue industrial action next week.

“The strike goes on,” he said.

JOASA members – who account for more half of the country’s roughly 2,000 magistrates – will only hear postponements for a week.

In a letter to members, Joasa advises, “From 18 to 22 March 2013, only postponements will be done. If no substantial positive developments occur between 18 and the 25 March, the action will be escalated.”

Experts warn that such action could plunge the justice system into yet more chaos.

Parliamentarians have also not been impressed by the threat of a magistrates’ strike. The portfolio committee said in its report on Wednesday that it took a “dim view” of what would, in its opinion, constitute illegal industrial action.

“This cannot be supported: no matter what the level of frustration, it is unacceptable that the public be disproportionately prejudiced in this way,” the report said.

Joemath insists that the strike is the last resort of magistrates who have been frustrated by a lack of progress in their dispute with the independent remuneration commission.

His organisation, JOASA, together with ARMSA, earlier appealed to the parliamentary committee to intervene in the matter, which the committee chairperson, Luwellyn Landers, declined. He said it would be inappropriate for MPs to intervene with the commission because the same body also determined their salaries. He suggested the appropriate course of action was to go to the courts for a review of the commission’s decision.

Last September, ARMSA successfully challenged the commission’s 2011 recommendation and won a court order that forced the president to review his decision to approve the recommendation of the commission.  Magistrates argued they were not afforded a fair opportunity to make representations before the decision was taken. That matter has now been taken to the Constitutional Court and a ruling is expected soon.

In the meanwhile, the state of the South African magistracy appears to have been imperilled by this pay dispute.

Experts point out that magistrates’ courts are suffering under heavy caseloads, and are often understaffed with the poorest facilities in the justice system.

Last September, when Judge Eberhard Bertelsmann of the North Gauteng High Court ordered President Jacob Zuma to reconsider the 2010 salary increases of regional magistrates and regional court presidents, he noted the significance of the magistracy to the justice system.

“It is common cause that the regional courts form the backbone of the criminal justice system in the Republic. The court can take judicial notice of the fact that they are continuously faced with overcrowded rolls and experience many administrative and other challenges,” he said.

While some Municipal Courts report a case roll of up to 1,200 cases a day, most magistrates argue that they cannot process more than 300-500 cases a day, which is disconcerting if one considers that there are 480 minutes in an 8-hour day. This translates to less than a minute per case.

Magistrates are the only judicial officers who handle bail applications, first appearances, traffic fines, default judgments and other minor offences.

Vanja Karth, Programme Manager of the Democratic Governance and Rights Unit at the University of Cape Town, says the challenge of great caseloads in the magistrates’ courts has been exacerbated by a failure to make new appointments and fill vacancies.

“There have been no new appointments made in ten years,” she said.

“The work is getting more and more,” Colditz added. “And appointments are just not made. It takes forever to appoint a magistrate.”

While most magistrates were white males during Apartheid, today, out of 1,683 magistrates, 964 (57%) are black and 634 (38%) are female. Karth says the magistracy has done far better at transforming itself along racial and gender lines than the judiciary.

The establishment of ARMSA for District Court magistrates and the JOASA for Regional Court magistrates has significantly contributed to their professional development, but magistrates still feel they have little input into decisions concerning the magistracy – the ongoing pay dispute being a case in point.

“Nobody is listening to us,” Colditz argued.

And at the heart of the grievances of magistrates lies a two-tiered justice system, with what Karth describes as a “weird” relationship between magistrates and judges.

“The issue is simple,” Joemath said. “We want a single judiciary.”

Colditz agrees with the need for the creation of a single judiciary, but laments the lack of political will currently steering the process.

“The creation of a single judiciary is not receiving urgent attention,” he said.

And even though the Minister of Justice promised new legislation aimed at transforming the magistracy in South Africa earlier this month, few believe that this may signal new momentum towards the creation of a single judiciary. DM

Photo: Nine policemen accused of killing taxi driver Mido Macia appear in the Benoni Magistrate’s Court on Tuesday, 12 March 2013. Magistrate Sam Makamu said he felt it was not in the interests of justice to grant them bail. Picture:Nelius Rademan/Beeld/SAPA/POOL