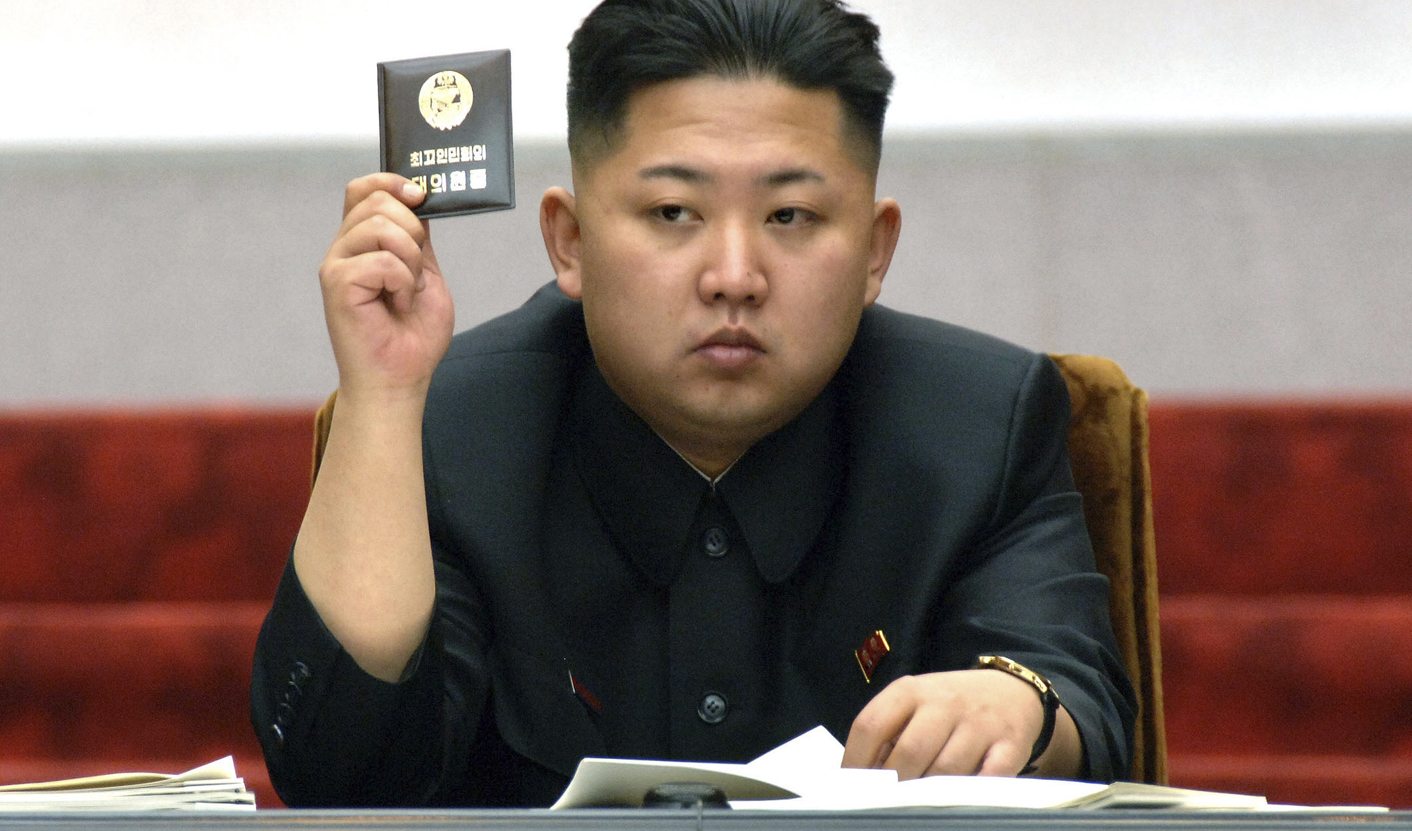 Everyone’s edgy when things get tense in the Korean Peninsula. That’s what happens when you mix nuclear weapons with the world’s most eccentric regime. But eccentric is not the same as irrational, argues SIMON ALLISON, who suggests that nuclear Armageddon is not really on the horizon. Not this time, at least.

It has been a rough couple of weeks for the new South Korean president. Park Geun-hye was inaugurated just a fortnight ago, and already she’s had to deal with an opposition that keeps blocking her cabinet appointments, plummeting opinion polls and a major escalation in hostilities with North Korea. It’s been less a baptism of fire than a baptism of impending nuclear apocalypse, and so far it is her equally inexperienced North Korean counterpart Kim Jong-Un that seems to be holding all the cards.

These cards, specifically and in order of priority, are: nuclear devices that work, missiles with the ability to deliver them and a complete disdain for the normal rules of diplomatic engagement. This culminated last week in North Korea publicly voiding the armistice agreement which has kept a frosty peace between the two Koreas for decades, severing a Red Cross hotline between them designed to keep communication alive in delicate situations exactly like this one and issuing a series of bombastic threats to wipe out everyone.

North Korea was reacting to increased sanctions from the United Nations Security Council, imposed after the successful nuclear test earlier this year. This is the diplomatic equivalent of being sent to the naughty corner, and – not unpredictably – North Korea reacted by throwing its toys out the cot (you see, it understands what the diplomatic game’s about even if it don’t play by the rules).

But can you really blame Kim Jong-Un? Look at it from his perspective. Tap into your inner megalomaniac for a minute (we all have one) and imagine that you lead a poverty-stricken dictatorial military regime. You know the world hates you, and will jump at the very first opportunity to hasten your downfall. Your rich, powerful neighbour has its guns trained on you at all times (never mind that your guns are trained on them too), and it has the explicit military backing of the United States, the most fearsome military power this world has ever seen, with a nuclear stockpile which could destroy a hundred North Koreas. So what do you do?

You can’t bribe your way out of trouble with fat oil contracts and slick PR campaigns, like your old friend Gaddafi did. For one thing, you don’t have that kind of money, and for another, well, look how that worked out for Gaddafi: bombed to smithereens by the countries he thought he was buying off, beaten by his own people, chucked in a meat locker.

You also don’t think you can negotiate your way out of the stalemate. Again, there’s historical precedent: Axis of Evil partner Saddam Hussein invited in the nuclear inspectors and complied, for the most part, with the sanctions regimes and no-fly zones imposed. He gave up his nuclear programme, and look where he ended up: swinging from a rope after losing his country and living in a hole for three months. If that’s where cooperation gets you, it doesn’t look so appealing (George W Bush has a lot to answer for).

Which leaves you with no other viable option but to protect yourself and your power with the ultimate threat: the nuclear threat. “Contrary to what is often said about North Korea’s leadership, it is not irrational. The Pyongyang leaders pursue highly rational goals in a highly inhospitable environment. They are not zealots of a mechanistic ideology or religion; rather, they are a hereditary oligarchy where a young king, Kim Jong-Un, is surrounded by aging lords whose forefathers once served the kings that came before,” writes Andrei Lankov in Asia Times. “These people have not the slightest desire to initiate a nuclear holocaust and bring the threat of nuclear annihilation merely for the pleasure of killing a few ten thousand Americans, Japanese or South Koreans.”

Lankov argues – and it’s hard to disagree – that the real point of the nukes, and the bravado, is self-defence, and diplomatic blackmail. “Without nuclear weapons it would be virtually impossible for them to attract international attention and squeeze unconditional aid from the international community,” continues Lankov.

If that’s the case, it worked: North Korea, you have our attention.

Still, North Korea’s grandstanding has put its principal enemies in a tricky position. They can’t be seen to be ignoring the north’s nuclear threats, but nor can they afford to respond in kind. This is a particularly difficult balancing act for South Korea, especially because it really is not able to respond in kind.

Unlike its troublesome neighbours, South Korea doesn’t have nukes, having been dissuaded by America from developing them, but intense public pressure is forcing the new government to re-think this approach. This pressure comes not just from North Korea’s bombast, but also from a fear that the US might not be as committed to defending South Korea as it once was. Two recent opinion polls showed that a large majority of South Koreans don’t trust American protection, and newspaper editorials have been calling for Seoul to restart its nuclear programme – yet another headache for the beleaguered new administration.

Meanwhile, China’s role in all this is unclear. Analysts were surprised when China supported the increased Security Council sanctions against North Korea, and rumblings from Beijing suggest that the Chinese government is getting impatient with its long-time ally. China would prefer to avoid an arms race in the Korean Peninsula, and it certainly doesn’t want the situation to escalate into an all-out war drawing in both itself and the US – on different sides, of course. For now, behind-the-scenes Chinese pressure is perhaps the most effective handbrake on the rising tensions.

As it currently stands, the situation in the Koreas is unlikely to explode in nuclear Armageddon, despite what the panicked headlines may say. It is, however, a reminder that the political stalemate that resulted in the division of the Koreas was never the same as an actual resolution of the conflict. The two countries are theoretically still at war, and war is unpredictable – especially when nuclear weapons enter the equation. What this recent escalation in tensions should do is put new impetus behind mediation efforts which have spluttered on and off for years, led by China, Japan, Russia and the US, to eliminate the possibility of another and possibly more dangerous escalation.

When Dennis Rodman returned from his bizarre visit to Pyongyang, he said all Kim Jong-Un wanted was for Barack Obama to call him. Go on, Barack, forget diplomatic protocol; now’s the time to make that call. DM

Photo: North Korean leader Kim Jong-Un holds up his ballot during the fifth session of the 12th Supreme People’s Assembly of North Korea at the Mansudae Assembly Hall in Pyongyang April 13, 2012, in this picture released by the North’s KCNA on April 14, 2012. REUTERS/KCNA