Mo Amir continues to canvas for his freedom 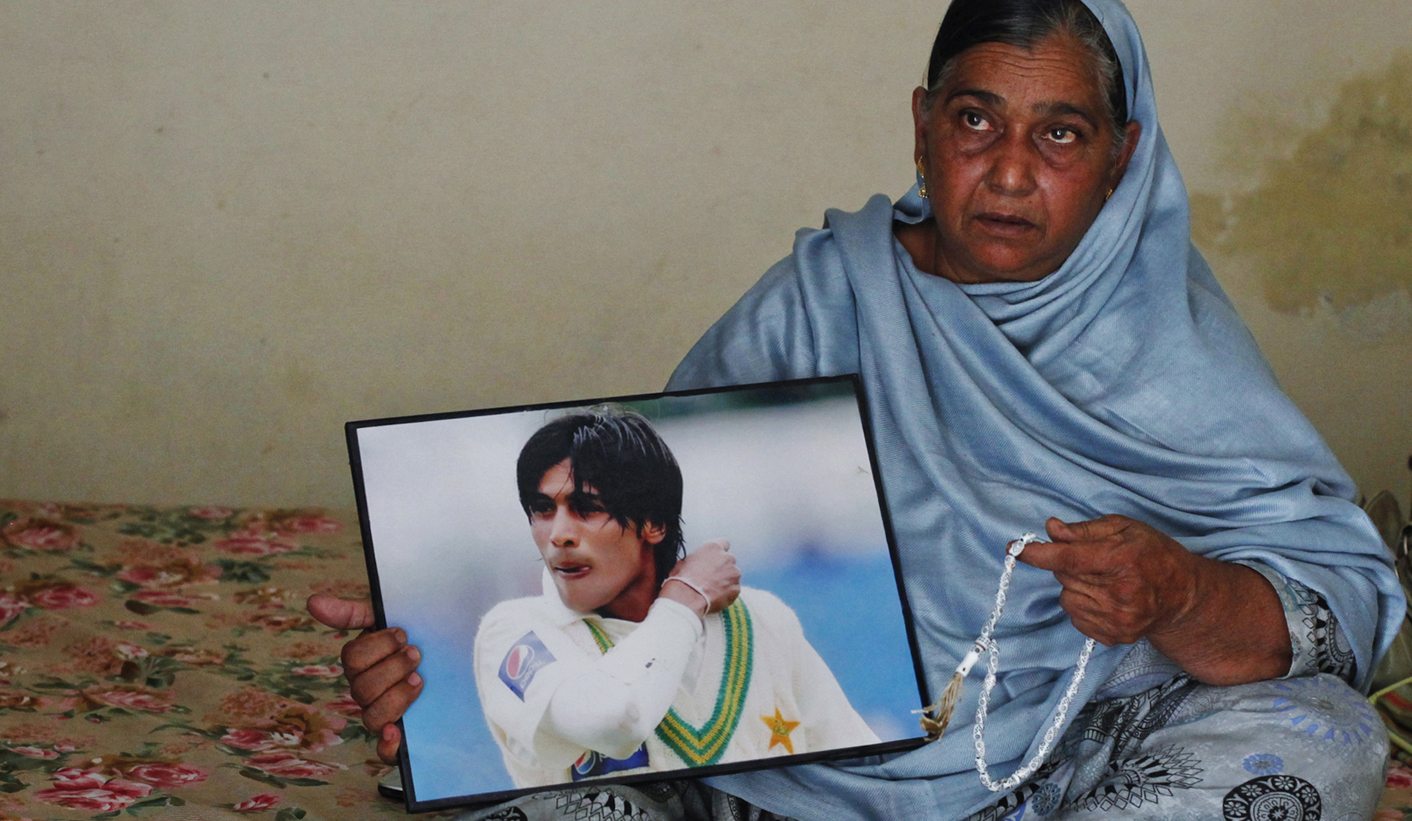 Mohammed Amir is now into the third year of his five-year ban from cricket. He appears genuinely remorseful over his actions and though it is unlikely that anyone will ever know how deep the rabbit hole of match- and spot-fixing goes, Amir at least has a slight chance of returning to cricket again sometime in the future. By ANT SIMS.

It’s been almost three years since that dark day at Lord’s where cricket’s credibility was questioned yet again, unfolding a convoluted catastrophe which climaxed with a sucker punch to the gut of global cricket watchers.

Mohammed Amir, Salman Butt and Mohammed Asif all fell from grace faster than you can say News of the World when the UK tabloid revealed in a sting operation that the players were part of a spot-fixing conspiracy.

Amir was convicted spot-fixing in November 2011 and banned from cricket for five years, a sentence some felt was far too light considering the disrepute into which he and his cronies had brought the game. The lanky paceman has always protested his innocence in the conspiracy, although he did plead guilty to his actions.

He spoke in depth about his involvement in the disgrace in an interview with the PTV Sports channel earlier this week. It wasn’t the first time he had spoken openly about what happened, but Amir appears to be maturing with every interview he does.

The ICC can, of course, reduce Amir’s ban if it sees fit. Unlike Asif and Butt, who both appealed their bans and should learn in April whether they have been overturned by the Court of Arbitration for Sport, Amir, who decided not to appeal his ban after pleading guilty, has accepted his punishment without qualms.

During his television interview, he revealed how his brother received threats – from unnamed sources – but admitted that he felt relieved after the plea.

Amir was heralded as one of the most promising youngsters in the sport and was cast into the limelight at just 17. Now 20, the pace ace insists that he wants to return to cricket and represent his country should he be given a second chance.

“I want to come back to cricket and play well but also be a good ambassador for Pakistan whenever I get the chance.”

Part of rising to fame so quickly is the friends that come with it and Amir has often said how alone he has felt since the news broke. He repeated this in the television interview, saying that he hardly stays in touch with any of his so-called friends.

“I had friends who would phone me 20 times a day when I was famous. Nowadays they don’t even give me a missed call,” he mused.

Amir also revealed just how embarrassed he was about what had happened and insists that he is looking toward a future free from the cloud hanging over him.

“When I was in custody in the UK I never phoned home for seven days because I was so upset and embarrassed. I was well looked after there, though,” Amir said.

“When I was in custody, I told my legal team to announce that I’d never play cricket again. But there was a lot of support around me. I’m into the third year of my ban. It’s up to ICC if they will show some leniency in reducing my ban. But I’m looking forward not back.”

The relationship between Amir and Mazhar Majeed, one of the masterminds behind the illegal betting syndicate has always been in question and Amir told of how he had previously met Majeed on Pakistan’s tour of Australia.

“I met Mazhar Majeed on the tour of Australia. He took me out shopping with other Pakistan players. Majeed and the shop owner said that we all could have clothes and whatever else for free, but none of us took up the offer. He impressed me though.”

Another talking point has been that Pakistan players are in need of easy money. Though some Pakistan players do get paid substantially less than some players from other countries and though they do not participate in the lucrative IPL, Amir insists that money was never an issue for him. He was due to do a stint with Yorkshire, reportedly worth close to £100,000.

“Money was never an issue. I was being paid well and I wasn’t greedy for more money. I had been offered a huge deal by Yorkshire CCC so money was not a concern for me. I had been offered the biggest county cricket contract in history. So why would I do such a thing for money? Greed wasn’t the reason.”

If his comments are true, then it does suggest that there was something more untoward and sinister at play during the events of that tour of England. Though Amir admitted in his interview that players had been warned to stay out of trouble as previous tours to the country had been controversial, he also admitted that he had felt used and trapped and had bowled the no-balls because of the “scenario crated by his teammates”.

Furthermore, Amir insists that his associates were never questioned by the ICC, that he never copped any flack for the company he kept and that the semi-final match between Pakistan and Australia at the ICC World Cup was clean. It’s a game which, like so many other matches involving Pakistan, has been questioned.

“The 2010 T20 world cup defeat to Australia was not fixed in my opinion. Hussey’s innings was amazing. He had the momentum. I never had a feeling that there was anything untoward going on in the Pakistan dressing room whilst I played,” Amir said.

Amir’s naivety was a trump card throughout his trial. That a young, impressionable player from a rather rough upbringing was cast into the limelight where he had everything, does bring up the question of mentorship in the Pakistan set up. The bowler admits that he never even bothered to read the ICC’s Code of Conduct. Though not many people read the fine print in their contracts, they at least have somebody at hand to explain the details to them, but Amir seemingly never had that kind of guidance.

He still insists that he didn’t know who to trust and who not to.
“A teammate suggested to me that there was easy money to be made from cricket, but I ignored him and told him to behave himself. If I had gone to the Pakistan team management earlier, I would have been on a tour to South Africa, it was the biggest mistake of my life. Teammates said to me that I should reveal all to the ICC. But there was an issue regarding trust. I wasn’t sure who to trust,” he added.

Amir still looks the same, despite his hair being shorter. He still has the same toothy grin and the massive smile that overpowers his whole face. Whether the ICC decides to be lenient or not is still to be seen and whether he would be allowed to return to Pakistan cricket is another question.

What is certain, though, is that if he were running an election campaign, he would certainly be starting to win over voters with his captivating charisma. DM