Auditor-general reports some light at the end of dark, depressing tunnel 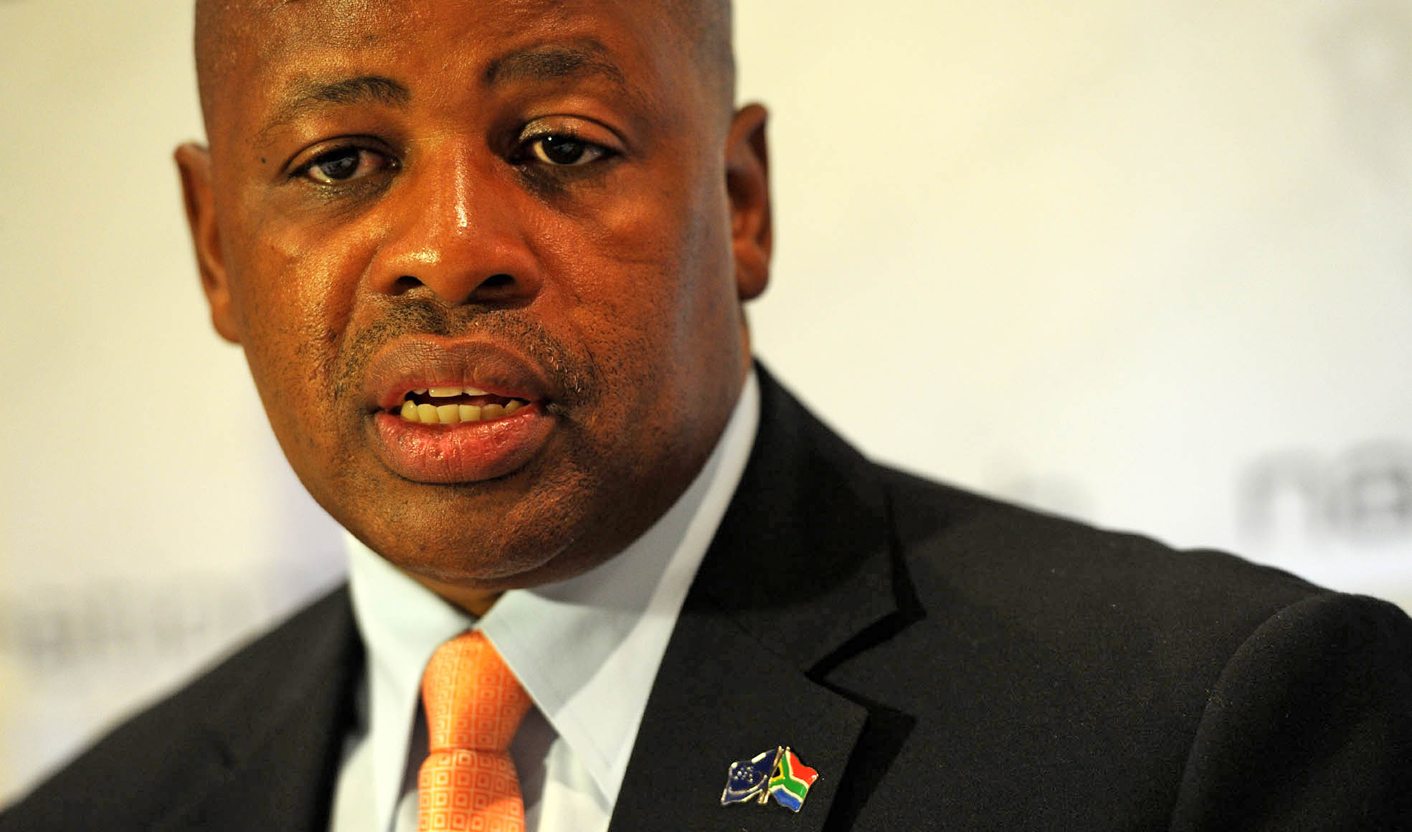 Auditor-general Terence Nombembe must have a shelf of self-help books. He remained upbeat on Tuesday while announcing that only 22% of national and provincial entities received clean audits for 2011-12, a slip from the previous year. He found organisations that remain leaderless, have an utter disdain for a ledger, and do business with their own employees. But, there’s a hope, he said. By GREG NICOLSON.

Terence Nombembe wanted to put an optimistic spin on his report so let’s start with the positives. It won’t take long. Sitting alongside Public Service and Administration Minister Lindiwe Sisulu and Collins Chabane, minister in the presidency for monitoring and evaluation, Nombembe continually referred to the encouraging announcements made by government.

Sisulu recently announced plans to ban state employees from doing business with the state. She also wants all civil servants to attend a specialised governance school. President Jacob Zuma has expressed his concern about fees paid to consultants and Finance Minister Pravin Gordhan has assured the public a chief procurement officer will soon be appointed.

It might not sound like much, but Nombembe was glowing when he mentioned the meeting rate between his office and government officials has climbed to 78%. “The pillars that are strengthening these support structures are beginning to take shape. We just need to have the vigor,” said the auditor- general.

Even the title of his press release was hopeful: “Auditor General buoyed by government’s recent pronouncements that firm measures will be put in place to strengthen public sector governance.” Nombembe said during 2011-12, 60% of government departments were able to meet their basic administrative requirements, meaning they actually recorded what they’ve been up to. “We’ve never been able to do that in the past.”

And now, for the negatives:

Only 22% of the 536 audited entities received clean audits with 52 entities regressing from clean audit status (36 moved into the top category). There were 55% that received financially unqualified audits with findings, 14% with qualified audit opinions, and 3% with an adverse opinion. Thirty-one audits (6%) are outstanding due to non-submission of financial statements.

Overall, unauthorised expenditure dropped to R2.9-billion but irregular expenditure rose to R28.3-billion while fruitless and wasteful expenditure rose to almost R1.8-billion. Provincial departments are the worst offenders, accounting for 73% of irregular expenditure and 55% of fruitless and wasteful expenditure. The bulk of the key issues are at provincial level, said Nombembe, where oversight systems suffer from “disintegration and fragmentation”. In the past five years, provincial departments have made the least progress towards achieving clean audits.

The auditor-general was critical of procurement processes. Government was found to be failing in soliciting the necessary three quotations, taking competitive bids, applying the preference point system and procuring SARS tax certificates. “The number of auditees with findings on uncompetitive or unfair procurement processes increased for all types of auditees, the most significant being by 14% at national departments, by 14% at leading departments, by 11% at constitutional institutions and trading entities and by 20% at major public entities and business enterprises,” said the report. You need to search the report for the gritty stuff; Nombembe didn’t want to spoil anyone’s party on Tuesday.

Sisulu, who since becoming public service and administration minister has committed herself to reforming the civil service, praised the auditor-general for his work. “I think the point that I want to emphasise right from the beginning, the message I want to send to the AG, is that I’m here in the category as best supporting actress,” said the minister. Sisulu said Nombembe has done “exceptional work” and made a “decisive shift in accountability”.

Praising Nombembe’s decision to want to work with government rather than attack it, she said, “He wields an enormous stick but instead of using that stick he uses the power of persuasion to do good.” Sisulu said she hopes that in a year’s time the auditor-general’s recommendations are implemented.

Chabane said the AG’s findings were consistent with the management performance assessment tool which he has implemented, but which tries to act as an early warning system rather than an evaluation after the fact. Chabane, like all the speakers, encouraged government departments to work more closely with Parliament’s standing committee on public accounts and parliamentary committees to implement reforms. “Going forward in a few years’ time we should see a significant improvement in all the areas identified for a service delivery state,” he said.

But the areas of concern Nombembe identified won’t be addressed easily. He found many instances where the information he received on meeting predetermined objectives was not consistent with reality. Irregular and unlawful practices are rife in regards to supply chain management, where 85% of provincial departments did not meet the guidelines. Many leadership positions remain vacant for months and some are not even advertised. In almost every sector that was audited there was a failure to institute adequate IT systems. Finally, accounting practices are almost redundant in many cases and the AG cannot trust daily, monthly or quarterly reports from financial controllers.

“The top three areas of non-compliance,” reads the report, “relate to material misstatements in submitted financial statements, prevention of and addressing unauthorised, irregular as well as fruitless and wasteful expenditure, and procurement and contract management… which together account for 57% of all findings on compliance.”

Nombembe was repeatedly upbeat about the chances of tackling these issues, clearly hoping he could continue to work with Sisulu who wants stricter controls over government employees. But he acknowledged that most of the commitments made after the same report was issued last year had been ignored. “Our assessment of the commitments indicates that they were not followed up sufficiently to monitor their implementation effectively through periodic review and monitoring the status of key controls. It is evident from this year’s results that audit outcomes only improved in areas where the leadership adopted a hands on approach to addressing shortcomings in their respective portfolios,” he said.

Leadership, he says, is the key, but his own report shows that good leaders are in short supply. If Sisulu passes legislation improving the quality of the public service and banning business with the state, he just might have something positive to report next time. It’s little wonder then that he kept quiet on the fact that in national and provincial departments, the books are a nightmare. DM