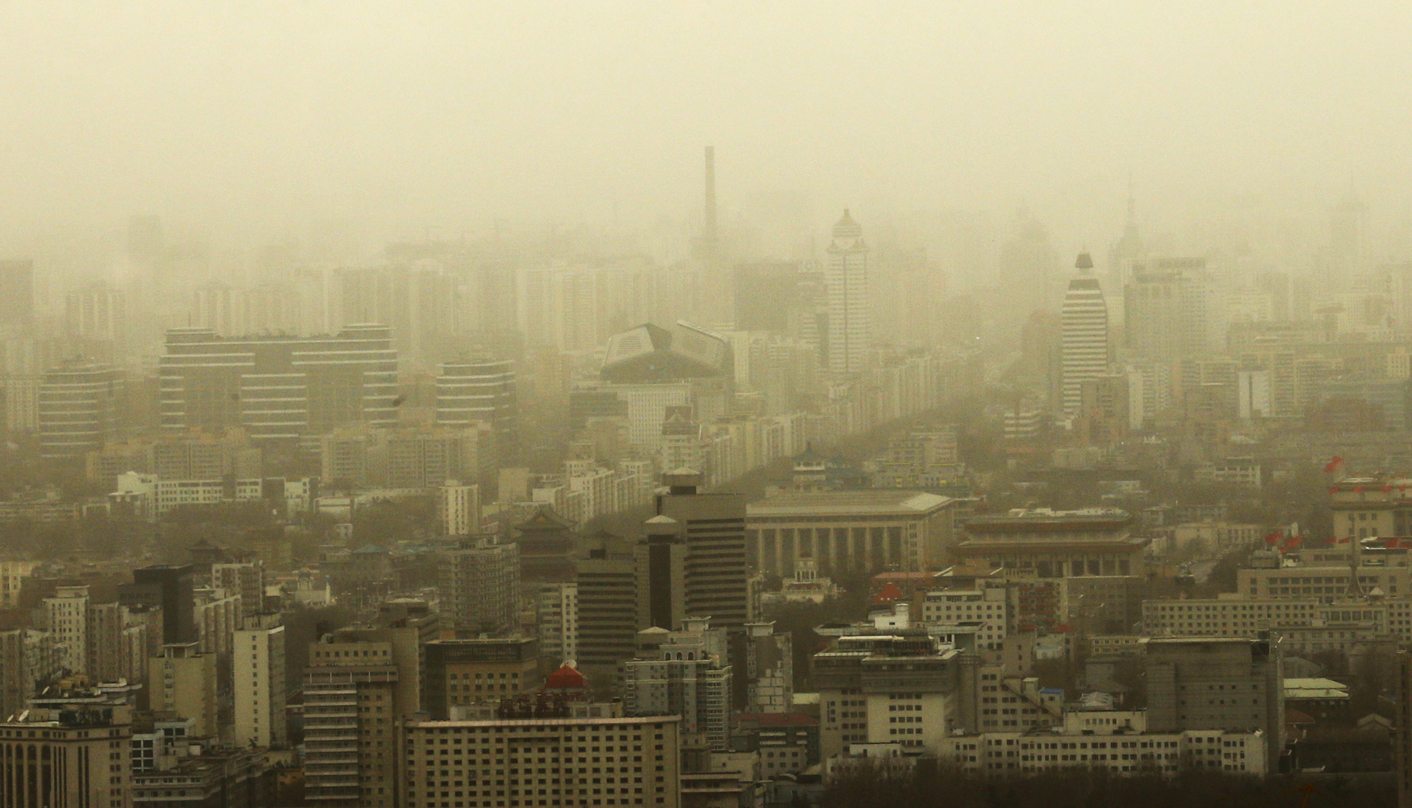 He knew China was big, but he didn’t realise just how big until he got there to see for himself. SIMON ALLISON is brought to a standstill by an abridged railway map – and the sudden realisation that size really does matter – as swarms of inconvenienced travellers force their way past him in a Beijing train station.

I stood for a full minute inside the East Beijing railway station, gazing slack-jawed at the abridged railway route map of China. Around me in the imposing station building swarmed tens of thousands of people, all focused on getting wherever they were going and all completely oblivious to my astonishment. That’s what people do in Beijing: they swarm, the sheer number of the massed proletariat rendering other verbs inadequate.

The map that had captured my attention was about 20m in length, roughly the same in height, an elaborate, intricate maze of branches and connecting lines and diversions linking hundreds of stations, the names of which were written in script so tiny I had to squint to make out the Chinese characters (not that I could read them). It was a graphic, deeply unnerving illustration of just how big China is. It’s really, really big. And this was the abridged map.

I recovered my composure because, well, there’s only so much time you can spend gormlessly looking at a wall. But I was shaken, and riddled with self-doubt. How do I begin to understand a country so large, I asked myself? How do I get beyond anything but the most superficial analysis? What was I even doing here?

I’d have the same feeling on more than one occasion during my week here – in fact, it was pretty much every time someone lobbed another oversized, absurd statistic at me. There are 2.3 million soldiers in the People’s Liberation Army. The evening news on Chinese Central Television regularly attracts in the region of 130 million people. A finale of a local talent show drew in 400 million. The country is home to half a billion pigs, 98000km of railway track and goes through 45 billion pairs of disposable chopsticks every year. And the headline figures: a population of 1.3 billion in a land that would take up a third of Africa.

On it goes: the biggest, the longest, the most crowded. When China does things, it does them on a scale that is hard for us citizens of a country that’s not the size of a continent to come to terms with. So I decided not to, instead focusing my limited brainpower on something marginally more within my grasp: the story I was here to work on, which will follow in the next week or two, and the city I was working in.

Photo: A cleaner walks past cars outside of the Great Hall of the People during the opening ceremony of the National People’s Congress (NPC) in Beijing, March 5, 2013. Picture taken through a window. REUTERS/Kim Kyung-Hoon

No more statistics: you know Beijing is bigger than you can imagine, and you know it’s crowded. This much I was anticipating. (Oh, alright then, just one more for the railway buffs: the city has the largest subway system in the world, with 445km of mostly underground track. Works like a dream too). Beyond that, my expectations were largely formed by spy novels and vague, uninformed stereotypes about what a communist city should look like: dreary rows of mass housing blocks, monolithic public buildings, congested highways: grey lives in grey buildings under grey skies.

Some parts of the city don’t disappoint. All those people have to live somewhere, a problem planners solved by building hundreds and hundreds of undistinguished concrete tower blocks in outlying suburbs; they rise up out of the ground, one after the other like enormous, faceless terracotta soldiers on parade (except they’re not terracotta, they’re grey. Of course). It’s a modern urban expression of function over form, very much in keeping with China’s political roots. And the smog doesn’t help, shrouding the blocks in clouds of grime so dense that after a few minutes’ exposure you can scrape it off your face with a fingernail.

Other parts of the city fit less neatly into my preconceptions. I’m staying in one of Beijing’s Hutongs, the old districts in the centre of the city that developers keep wanting to tear down. These are all cobbled streets and single-storey courtyard houses with round, hobbit-like entrances. Here too the walls are grey, but here it’s a deep, stirring grey that is beautifully off-set by the red of the lanterns hung from door frames and the Chinese flags draped over roofs. This is one of Beijing’s poorer areas, and the warren-like structure of the Hutongs has preserved some of the more traditional ways of life.

On the other side of the spectrum are high-end suburbs like Sanlitun, all fancy bars, shiny glass-fronted luxury stores and well-dressed rich people. This is where the Apple Store is, which should tell you everything you need to know about the area. It’s an ode to the joys of capitalism which anyone who’s been to New York, London or Paris would recognise, and I’m tempted to dismiss it as an aberration. “This is not the real Beijing,” I think, but then I haven’t been here long enough to know any better. And besides, there’s plenty of other evidence of global capitalism’s pernicious influence in the heart of Communist China’s capital (if I wanted to, I could survive purely on a diet of KFC, McDonald’s and Pizza Hut, all of which have become ubiquitous in Beijing in recent years. I don’t want to).

Photo: A woman holds shopping bags as she poses for a picture in front of “Sanlitun Village”, a fashionable shopping area in Beijing January 27, 2013. REUTERS/Petar Kujundzic

There is, perhaps, no such thing as the real Beijing. Just like any other modern mega-city it is fragmented and disjointed, with vast disparities in wealth and living conditions, and often startling contrasts between the very old and the very new. Look hard enough and you’ll find it here: showpiece modernist architecture, trendy hipster bars, wonderfully preserved history, serene lakes and manic markets, noodle shops and kebab stands and Mexican-Vietnamese restaurants (a combination that works, incidentally). Whatever your preconceptions are, you’ll have them confirmed and destroyed in equal measure, and whatever you think you know you’ll soon figure out you don’t.

As for me, well I’m now even more confused than when I got here, and feel slightly diminished as a result: if I can’t even get a handle on Beijing, I’m never going to be able to make sense of that enormous railway map. DM

Photo: Buildings are seen during a sandstorm in Beijing March 9, 2013. Beijing was struck on Saturday by a sandstorm that deteriorated air pollution in China’s capital city during its annual national congress. REUTERS/Kim Kyung-Hoon