In China, Public Anger Over Secrecy On Environment

In China, Public Anger Over Secrecy On Environment 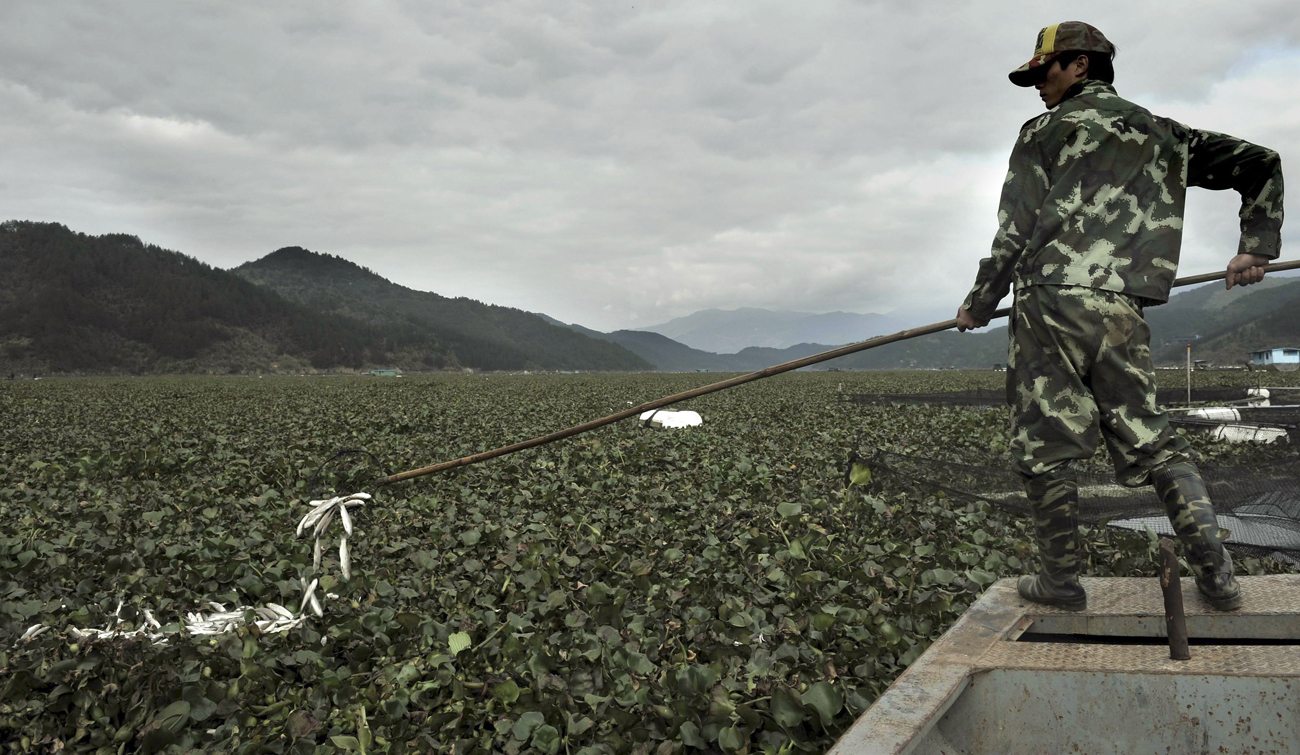 When China's environment ministry told attorney Dong Zhengwei he couldn't have access to two-year old data about soil pollution because it was a "state secret", it added to mounting public outrage over the worsening environment. By Sui-Lee Wee and Adam Jourdan.

Microbloggers, state media and even delegates to this week’s session of the National People’s Congress, the largely rubber-stamp parliament, were already critical of the government for poor air and water quality. Now they are also expressing disquiet over the scarcity of information about the environment available to them.

For incoming President Xi Jinping, who formally takes over towards the end of the parliament session, the two-pronged challenge is to find the balance between growth and further degradation of the environment, and also to decide whether to level with citizens just how bad the problem is.

“The significance of this event goes far beyond just environmental protection,” said Dong, in an interview with Reuters. “It concerns the problem China has had for many years – the issue of government transparency. (They) shouldn’t use ‘state secrets’ as a shield when they’re not in the right.”

The environment has already been one of one of the most frequently raised issues at the annual parliament session and China’s authoritarian government has admitted it has a problem.

“Our country, in a very short time over the past 30 years, has achieved brilliant economic achievements,” Xin Chunying, vice-director of the NPC standing committee’s working group on the legal system, told reporters on Saturday.

“But at the same time, we have paid a heavy price with the environment. This price must stop, it has to be reduced, we must say ‘no’ to the status quo.”

China does not usually allow public scrutiny of governance, particularly on sensitive issues such as corruption and security. But public anger over the environment may force authorities to accommodate the public in small ways.

“In other areas it is still dangerous,” said Gary Liu, a professor at the China Europe International Business School in Shanghai. “But pollution is a relatively safe area, because people have enough justification to fight against the government and they can easily get enough public support because everybody is in the same country, breathes the same air.”

A choking smog in Beijing in January, far above hazardous levels, has been one of the most dramatic signs of China’s environmental problems, but Dong is convinced that soil pollution is the country’s “silent killer.”

About 40 percent of China’s agricultural land is irrigated with underground water, of which 90 percent is polluted, according to Liu Xin, a food and health expert and a member of an advisory body to parliament, who was quoted in the Southern Metropolitan Daily.

Citing “state secrets”, the environment ministry last month denied a request from Dong for information on data on soil samples that was collected in a national survey that started in 2006 and ended in 2010.

The decision was perplexing to Dong, since he had been given signals that authorities would be accommodating on environmental issues.

He said after filing more than 10 lawsuits against other government departments in 2008, officials from the legislative affairs office of the State Council, or cabinet, pleaded with him to stop suing those agencies and “sue the environment ministry on the basis of the public’s interest”.

The government has caved in to public pressure for access to environmental information before. In early 2012, amid growing public outrage about air quality in the capital city, Beijing began announcing publicly the amount of tiny pollution particles in the air that measure 2.5 micrometres or less in diameter.

“Before the release of PM 2.5, there was controversy, some people thought that releasing the information on air quality may lead to panic in the society,” Yan Chengzhong, a Shanghai delegate, said on the sidelines of the parliament session, according to the Wen Wei Po newspaper.

“But the facts proved this is not the case. ‘Being unaware’ would only cause people to panic.”

And just last month, the government acknowledged for the first time that pollution had given rise to “cancer villages”, admitting that cancer rates in villages near factories and polluted rivers were far higher than they should be.

But examples of the environment ministry’s shortcomings abound.

Pan Zhizhong, a resident in Panguanying village in northeastern Hebei province, has led his village of 1,900 people in protesting against the construction of an incinerator plant since 2009.

When Pan sued the Hebei Department of Environmental Protection in 2011, he was given access to the environmental impact assessment that the environment ministry claimed it had done in the village. Pan discovered that the assessment, carried out by the Chinese Academy of Meteorological Sciences, had names of people who had left the village two decades previously and even a person who had been dead for two years – all “expressing favour” for the project.

Pan surveyed 100 people in his village, showing them the purported environmental impact study. The majority of them gave him written statements that declared: “I’ve never seen this form,” according to documents seen by Reuters.

A PRICE TO PAY

Sometimes, challenging the government comes at a cost.

Chen Yuqian, 60, a farmer from the town of Pailian in eastern Zhejiang province, said he has been beaten up five times in his decade-long fight against soil and water pollution –beatings for which he blames local officials.

On February 20, Chen issued a challenge on Weibo, China’s version of Twitter, daring officials from the local environment protection bureau to swim in a stretch of polluted river. He offered 300,000 yuan ($48,200) as a reward.

Xu Shuifa, the Communist Party secretary of the district that governs Chen’s village, told Reuters by telephone that he had no links to the attackers and said the attack was linked to a land dispute Chen has with three of his neighbours.

Back in Beijing, Dong, the attorney, said he had filed an appeal with the environment ministry for the soil survey data and expected a decision within two months. He said he would go to court if he was denied. DM

Photo: A fisherman salvages dead fish from water hyacinths on the water surface on Minjiang River in Wankou village, Fujian province, January 31, 2012. The fishing industry there has been threatened due to the spread of water hyacinths in the river since January 16, according to local media. REUTERS/China Daily