Formula One: Alonso Is The Rival Hamilton Most Wants To Beat 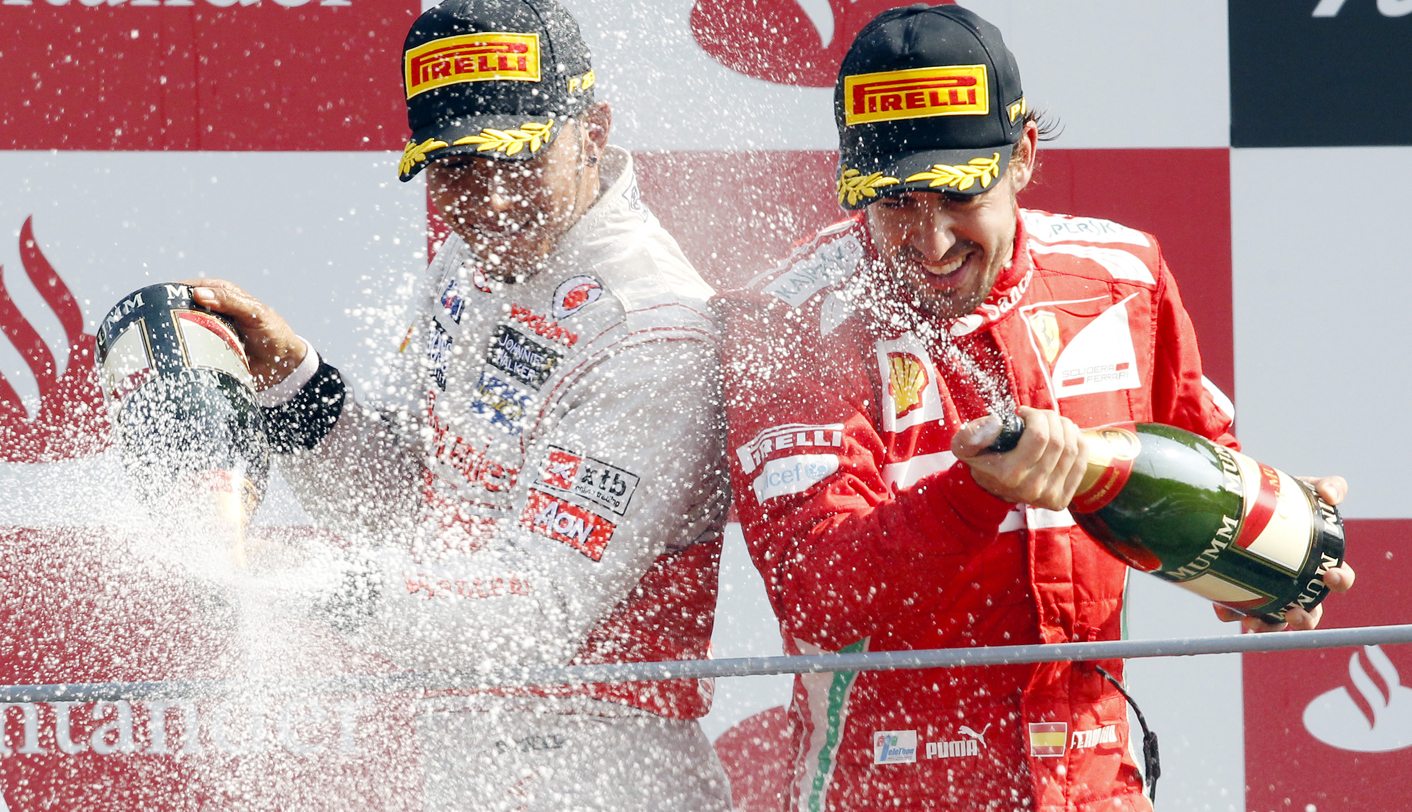 Lewis Hamilton has singled out Ferrari's Fernando Alonso as the rival the Mercedes driver wants to beat more than any other man on the Formula One grid.

The 2008 world champion told British reporters ahead of the Australian season-opener in Melbourne next weekend that he saw the Spaniard as the fastest on the starting grid and the one he wanted to be judged against.

The Briton said a duel with compatriot Jenson Button, the 2009 champion and Hamilton’s team mate for the past three years at McLaren, did not really excite him.

“The rivalry between me and Fernando excites me more,” added the 28-year-old, who made a sensational Formula One debut as Alonso’s team mate at McLaren in 2007.

“He’s the guy I want to beat. You also want to beat (Red Bull’s triple champion) Seb (Vettel) as they are the ones with most titles.

“But Alonso’s the fastest driver I can see. He’s also one of the most experienced. Anyone would struggle to beat him. Trying to finish ahead of Alonso, in a Ferrari that is actually really competitive, is a really nice challenge. And I do think the Ferrari is going to be quick this year,” said the Briton.

Alonso was overall runner-up last season in a Ferrari that started the season well off the pace, losing out to Vettel by just three points.

Hamilton – whose Mercedes may not be competitive enough to challenge for the championship this season – is the only team mate to have beaten Alonso, the 2005 and 2006 champion with Renault, over the course of a season.

The two finished level on points and with four race wins each at the end of 2007 but Hamilton was the overall runner up to Finland’s Kimi Raikkonen, who scored one point more, due to his having more second places.

Their time together lasted only one bad-tempered season, with Alonso returning to Renault and then joining Ferrari, but any animosity between the two has long ceased.

Button scored more points than Hamilton over their time together as team mates.

In other comments, Hamilton made clear how much he wanted to return to the top, five years after his sole title to date.

“We all want to be the one,” he said. “I was the one for a short period of time. Now it’s toppled over to Sebastian. But I want to be at the forefront. People see (seven times champion) Michael Schumacher as a god and that’s where I want to be.” DM