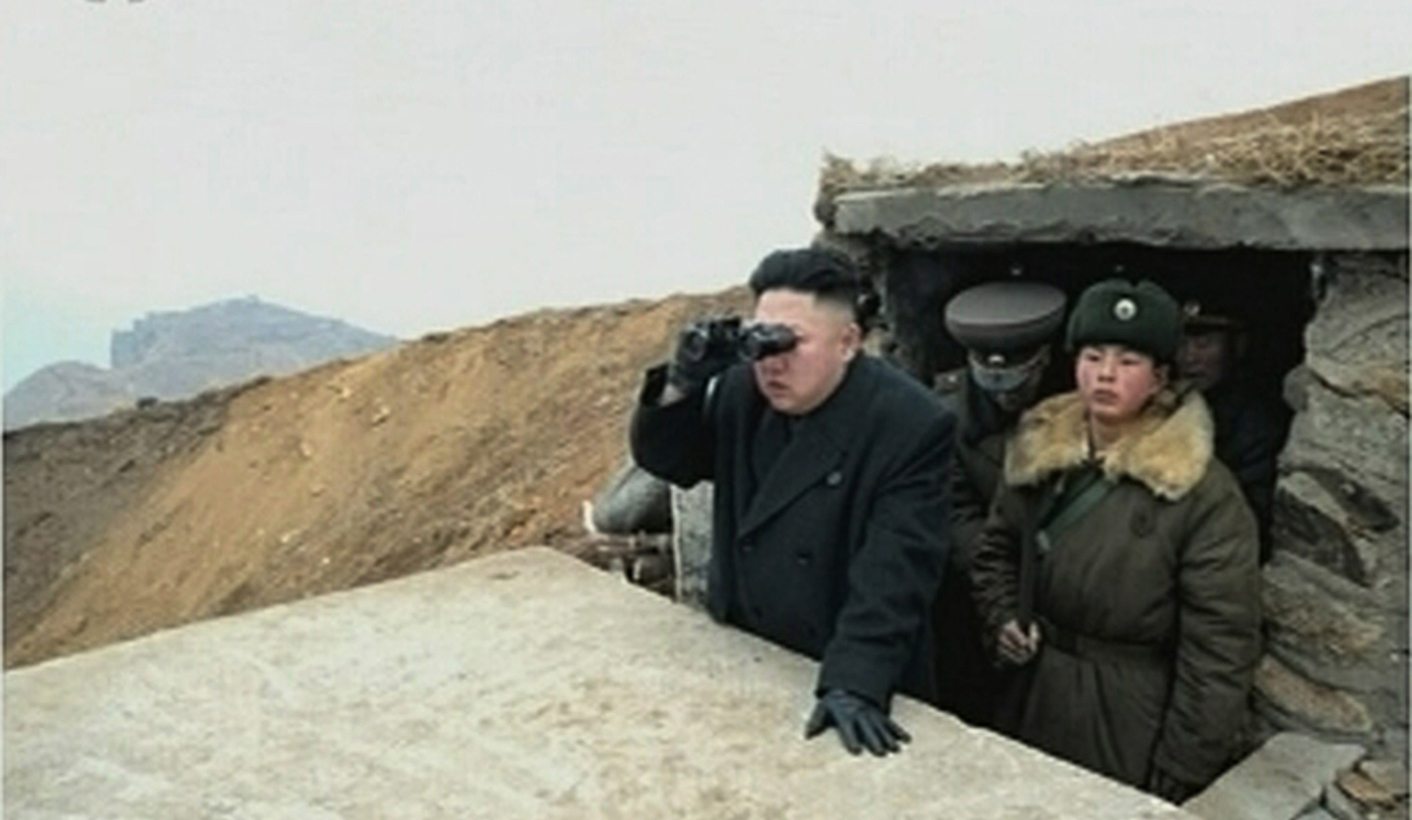 Six months ago China's state media was lauding North Korea as a great place to invest as both countries tried to promote a cross-border economic zone. By Ben Blanchard and Sui-Lee Wee.

One nuclear test, a long-range rocket launch and much sabre-rattling later and China is a central player in new U.N. sanctions against Pyongyang, something Chinese experts say marks a major shift in Beijing’s policy toward its impoverished neighbour.

At the same time, Chinese newspapers have been calling North Korea an ungrateful and unreliable liability. Businessmen and officials charged with building commercial ties don’t even want to talk about the country.

No one is suggesting China will abandon the regime of leader Kim Jong-un or even implement the new sanctions to the letter, but a relationship once regarded “as close as lips and teeth” is on thin ice as China’s frustration grows.

“I think it’s remarkable and identifiable, the change in China’s policy towards the Korean peninsula,” said Zhu Feng, director of the International Security Programme at the elite Peking University.

Zhu said China was now putting its hopes on diplomatic coercion to get North Korea to change its behaviour.

“Beijing has ultimately woken up to reality … At the U.N. Security Council, Beijing very noticeably shifted to a harder policy to get North Korea very badly hurt.”

China has backed previous sanctions against North Korea’s nuclear and ballistic missile programmes. China also officially says it does not believe sanctions will resolve the latest crisis over North Korea, a position repeated by Foreign Minister Yang Jiechi on Saturday.

But after North Korea’s third nuclear test, on Feb. 12, China negotiated the new sanctions with Washington and said it wanted them implemented fully. The measures, announced on Thursday, tighten financial curbs on North Korea, order mandatory checks of suspicious cargo and strengthen a ban on luxury goods entering the country.

An exasperated China appears to have run out of patience after years of trying to coax Pyongyang out of isolation and to embrace economic reform.

To top it off, Kim Jong-un has failed to pay fealty to China, his country’s only major ally, as his father and grandfather did. He has not visited China since taking over when his father Kim Jong-il died at the end of 2011.

Even the modicum of affection Chinese used to feel towards North Koreans, brothers-in-arms during the 1950-53 Korean War, has all but vanished, the country and its leader becoming an object of derision and incomprehension, especially as China powers ahead economically and rises in global stature.

The Global Times, an influential tabloid published by Communist Party mouthpiece the People’s Daily, has called for China to cut North Korea off completely. It warned on Friday that Pyongyang should not underestimate China’s anger.

“The ‘friendship’ between China and North Korea … obviously cannot be decided by Pyongyang’s temper,” the widely read newspaper wrote in an editorial.

Back in August, an editorial by a Chinese Commerce Ministry official in the People’s Daily said China needed to encourage and support its companies to invest in North Korea. The China Daily cited another official as praising North Korea’s growth prospects.

At this month’s annual meeting of China’s largely rubber stamp parliament, Chinese with North Korea links wanted to talk about anything but North Korea.

A question from a Reuters reporter at a news conference by officials from Jilin province, which borders North Korea and does a lot of business with the country including trying to develop the Rason economic zone, caused consternation.

Asked if the central government had ordered Jilin to reduce trade and investment with North Korea in the wake of the Feb. 12 nuclear test, officials looked flustered and finally asked a low-ranking bureaucrat to answer.

“Regarding international trade, I haven’t noticed anything in particular. As for the next step, the Chinese government has already expressed its attitude on this issue. I’ll leave my response at that,” said Jin Shuoren, an ethnic Korean legislator from part of Jilin which sits on the border.

Not long after the nuclear test, one Chinese official at the economic zone told Reuters that plans to invest had not been put on hold.

North Korea has not helped by treating some major Chinese investors poorly — and then denouncing their complaints in its state media. North Korea previously almost never criticised its neighbour or any Chinese entities in public.

Signs of unhappiness with Pyongyang have seeped out of China’s military establishment too, although it is hard to know for certain what the top brass are thinking.

“It does not matter if you were a comrade and brother-in-arms in the past, if you harm our national interest then we’ll get even with you,” retired major-general Luo Yuan, a prominent foreign policy hawk, wrote on his blog on Saturday.

Kim’s actions have also become an unwanted headache for incoming Chinese president Xi Jinping, who is already facing a host of domestic problems from corruption to pollution.

Besides the Feb. 12 nuclear test and a long-range rocket launch in December, Pyongyang last week threatened the United States with a preemptive nuclear attack, a largely empty warning since experts believe it does not have the capability to hit the U.S. mainland.

North Korea has also told China it was ready to push ahead with a fourth and even a fifth nuclear test, a top official with direct access to both capitals told Reuters in February.

“The timing of this with the new leadership coming onboard causes some discussion amongst the leaders when there normally would be very little foreign policy discussion,” said Paul Haenle, former China director on the U.S. National Security Council and White House representative to the North Korea denuclearisation talks.

“The elites within China have really come out strongly.”

China’s new leadership, including Xi, do not have the emotional ties to North Korea that their predecessors had. Visits then used to be marked with smiles and bear hugs.

Xi also understands there is little public sympathy at home for Pyongyang.

“North Korea’s behaviour has infuriated ordinary Chinese, and this has put pressure on the government. Xi Jinping has talked about how the government has to pay attention to public opinion,” said Cai Jian, an expert on Korea at Shanghai’s Fudan University.

“The new leadership will be more practical, more cooperative with the international community when it comes to North Korea.”

To be sure, China will not cut North Korea off completely.

The country is a useful buffer from U.S. troops stationed in South Korea, and Japan too. China also does not want North Korea to go the same route as Myanmar, once a staunch ally of Beijing but which is now rapidly expanding ties with Washington.

And if China turns the screws too much then North Korea could collapse — Beijing’s ultimate nightmare scenario.

Not only would that release a flood of refugees into northeastern China, it would also raise the question of what would happen to North Korea’s nuclear material.

“China does not want these sanctions to affect North Korea’s stability or cause domestic unrest or instability in the leadership,” said Fudan’s Cai.

In fact, China may not enforce the sanctions as toughly as it could.

One well-connected Chinese expert on North Korea, Zhang Liangui of the Central Party School, said he didn’t think the sanctions would do any good, given how adept Pyongyang is at skirting them.

“These sanctions will not cause pain for North Korea,” he said. DM

Photo: North Korean leader Kim Jong-un looks through a pair of binoculars at an undisclosed location, in this still image taken from video shown by North Korea’s state-run television KRT on March 8, 2013. North Korea threatened the U.S. on March 7, 2013, with a preemptive nuclear strike, raising the level of rhetoric while the U.N. Security Council considers new sanctions against the reclusive country. REUTERS/KRT via Reuters TV