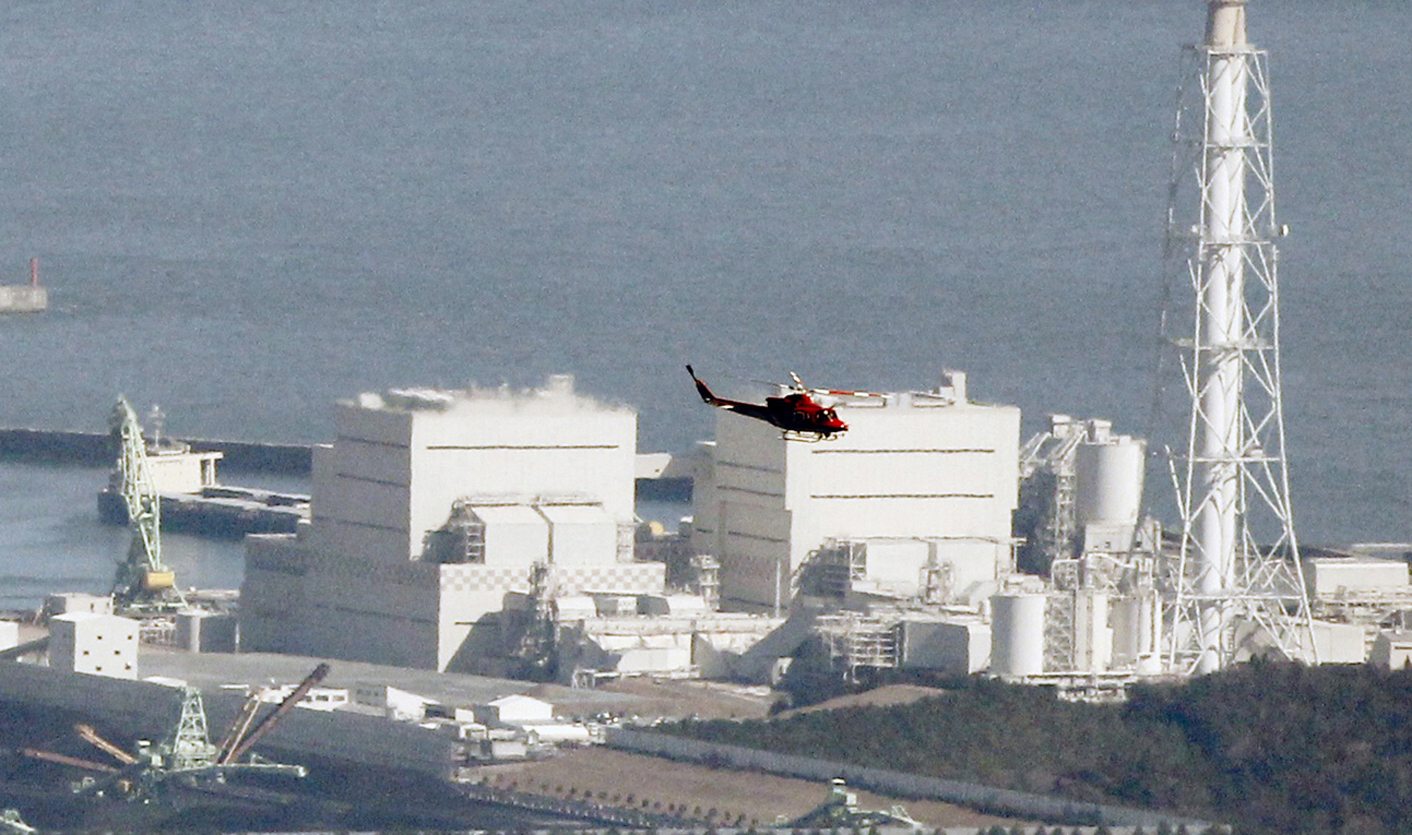 The crowds of anti-nuclear protesters have dwindled since Japan's "Summer of Discontent" last year, and a new government is keen to revive the country's atomic energy industry, but Morishi Izumita says he is not about to throw in the towel. By Mari Saito and Linda Sieg.

“We can’t give up. I’m here every week,” said 64-year-old Izumita, one of hundreds gathered outside the prime minister’s office one Friday nearly two years after a huge earthquake and tsunami triggered the world’s worst nuclear disaster since Chernobyl in 1986 at Japan’s Fukushima Daiichi plant.

“We need to be out here protesting. Not giving up is the important thing,” he added, as other activists banged on drums and chanted “Stop nuclear power, protect our children”.

As Japan approaches the second anniversary of the Fukushima disaster on March 11, its anti-nuclear movement appears to be struggling and disgraced pro-nuclear forces are rallying.

Although a recent survey showed some 70 percent of Japanese want to phase out nuclear power eventually, an equal number back their new, pro-nuclear prime minister, Shinzo Abe, who wants to restart off-line reactors if they meet new safety standards as he pushes policies aimed at reviving a long-stagnant economy.

The anti-nuclear movement will have a chance to show its strength this weekend as Japan commemorates the disaster. The Metropolitan Coalition Against Nukes, which organized many of last year’s mass protests, has called for a mass rally to protest outside parliament on Sunday, the eve of the anniversary.

The disaster also destroyed a carefully cultivated myth that nuclear power was cheap and safe – and mobilised Japan’s often apathetic voters in huge anti-nuclear demonstrations during a 2012 summer of discontent.

Half a year later, the pro-nuclear Liberal Democratic Party (LDP) swept back to power – not because voters had changed their minds about energy policy, but because neither the then-ruling Democratic Party of Japan (DPJ) nor smaller opposition parties provided a credible standard-bearer for anti-nuclear sentiment.

Now, the issue seems to have been swept aside amid hopes Abe can revive the economy and restore dented national pride.

“Two years have passed, the economic situation is getting better … and it may be true people are forgetting about energy issues,” said Hiroshi Takahashi at the Fujitsu Research Institute, a member of the panel that drafted the DPJ government’s plan to exit atomic energy by the 2030s.

Takahashi, along with most other experts who questioned whether Japan should stick with atomic energy, has been bumped from the panel as Abe’s government begins its policy rethink.

Abe’s government plans to review from scratch his DPJ predecessor’s plan to exit nuclear power while boosting renewable sources of energy such as solar and wind power, and wants to restart off-line reactors that are certified safe under standards now being drafted by a new Nuclear Regulatory Agency.

“The ‘nuclear village’ is back in the driver’s seat,” said Jeffrey Kingston, director of Asian studies at Temple University’s Japan campus. The term ‘nuclear village’ refers to the powerful nexus of politicians, bureaucrats and utilities that for decades promoted atomic power in Japan.

“All the noises from the government are in favour of restarts … They own the corridors of power.”

All but two of Japan’s 50 reactors remain switched off after the disaster and no more are expected to be restarted until after July, when the new regulator is due to finalise tougher safety requirements more in line with international norms.

That would also be after an upper house election that Abe’s ruling bloc needs to win to cement its grip on power.

The 58-year-old Abe, who has focused on reviving the stagnant economy since taking office in December, is enjoying sky-high popularity ratings of around 70 percent.

Surveys suggest, though, that anti-nuclear sentiment may be simmering beneath the surface. Fifty-nine percent in an Asahi newspaper poll last month wanted Japan to abandon atomic energy by the 2030s and another 12 percent by a later date.

Only 18 percent said Japan should stick with nuclear energy indefinitely.

Nuclear energy supplied nearly 30 percent of Japan’s electricity needs before Fukushima and proponents argue it is vital to provide a stable electricity supply, keep down utility rates and prevent Japanese manufacturers from fleeing overseas in ever greater numbers, taking jobs with them.

“You’d think that people would have acquiesced to the so-called facts, but that doesn’t appear to be the case,” said Andrew DeWit, a professor at Rikkyo University in Tokyo who writes about energy policy. “People are not going out into the streets but there is a lot of outrage. It’s like a dry forest waiting for a spark and restarts will be the real test.” DM