Suu Kyi’s Inexperienced Party In Search Of Policies For Myanmar 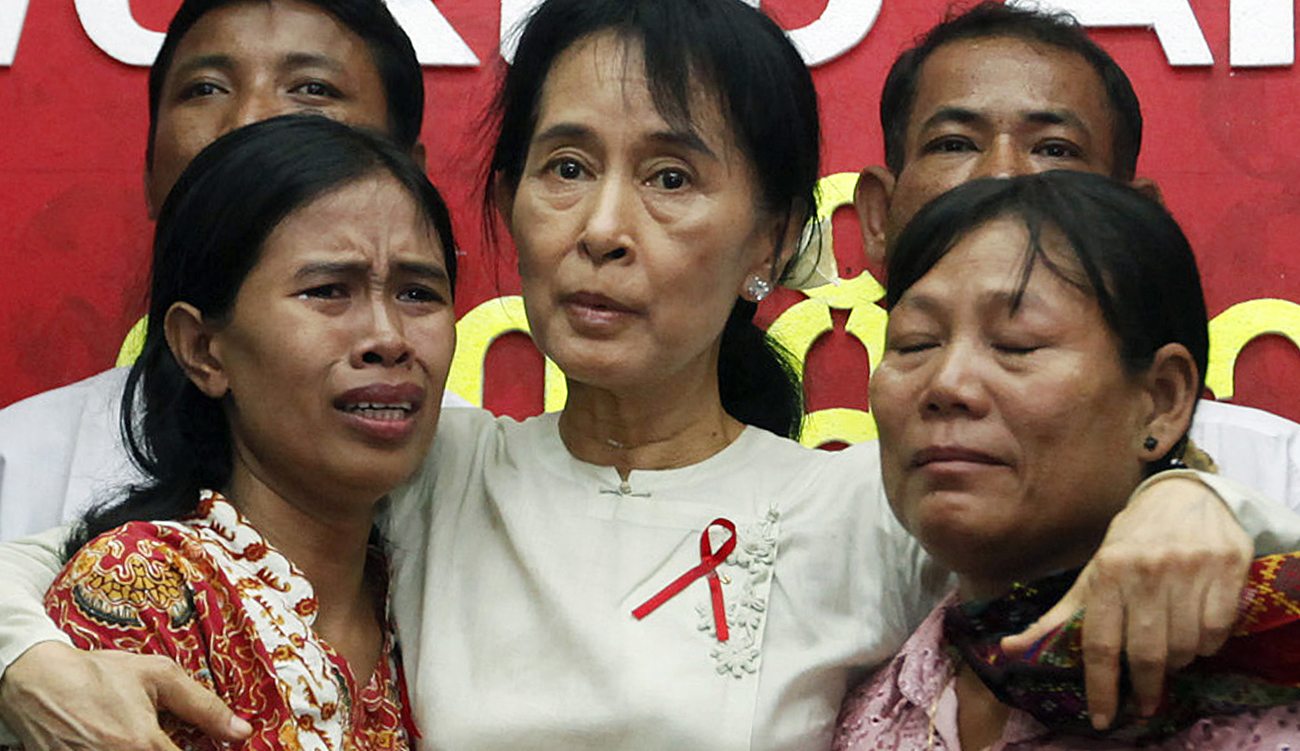 Aung San Suu Kyi's inexperienced party begins its first congress on Friday aiming to push forward positions that will become increasingly important in the run-up to a 2015 election in Myanmar that could sweep it into government. By Aung Hla Tun.

For years Suu Kyi’s National League for Democracy (NLD) had the singular, unswerving objective of ending rule by the generals who hounded it and locked up its leaders.

While that mission may not be completely over, the NLD has become fully involved in politics under reforms ushered in by President Thein Sein and his quasi-civilian government since the end of direct military rule in 2011.

But the NLD has not set out its aims and spelt out how it will achieve them.

Foreign investors are moving in but uncertainty remains while the investment and financial climate evolves. The prospect of Suu Kyi’s NLD taking the reins of government brings additional risk, especially if its policies are vague.

“The biggest problem is the NLD needs more policy expertise – not who calls the shots, but they need to bring in more outside experts who can help them craft a policy platform and, potentially, govern,” said Joshua Kurlantzick of the Council on Foreign Relations think-tank in the United States.

“While the current government is OK, it is still putting into place decent policies in an essentially authoritarian framework, so an NLD victory would open up politics and make it more democratic. They just need to bring in more policy expertise.”

While Suu Kyi has become an influential voice in the newly empowered parliament, political analysts say the NLD has few real policies beyond its famous chairwoman’s statements.

Suu Kyi co-founded the party in 1988, just after the military crushed a months-long democracy uprising and after years of military rule when opposition parties were banned.

The party was defined by its opposition to the military and easily won a 1990 election. But the junta refused to accept the result. Suu Kyi and many party members spent years in detention.

Struggling to survive, the party did little work on policy. But even during the reform process that began in 2011, and has seen the military surrender rule to a government run by ex-soldiers, it has not set out an agenda.

The party issued a two-page manifesto for by-elections in April 2012 that put Suu Kyi and 42 NLD colleagues in parliament, after they boycotted a general election in November 2010.

It made the rule of law, internal peace and reforming the constitution top priorities. The constitution was ratified after a fraudulent referendum in 2008 and it reserves a quarter of parliamentary seats for military personnel, effectively giving the military a veto.

Senior NLD member Han Tha Myint said the congress, which runs until Sunday, was the party’s first opportunity to fill out its middle ranks, bringing in new faces and new ideas.

“We didn’t get this chance in the past,” he told Reuters.

All seven members of the party’s Central Executive Committee, which is led by Suu Kyi, are in their sixties or seventies. Suu Kyi, 67, and other leaders who risked their lives to try to end military rule are expected to continue to determine the party’s overall direction.

Suu Kyi, in comments in the party’s weekly paper, D-Wave, warned of “a rough journey” ahead.

The party’s popularity, built on its stand against the generals, is unquestionable. It has more than 1.2 million members in a country of an estimated 60 million people. Members have chosen 894 delegates for the congress.

The party said the agenda would include national reconciliation – a preoccupation in a diverse country plagued by ethnic conflicts – human rights and democracy and policy.

“One task they face is to get as much knowledge and experience between now and 2015 when they might assume the running of the government,” he said.

“They still have quite a bit of time to do this.” DM