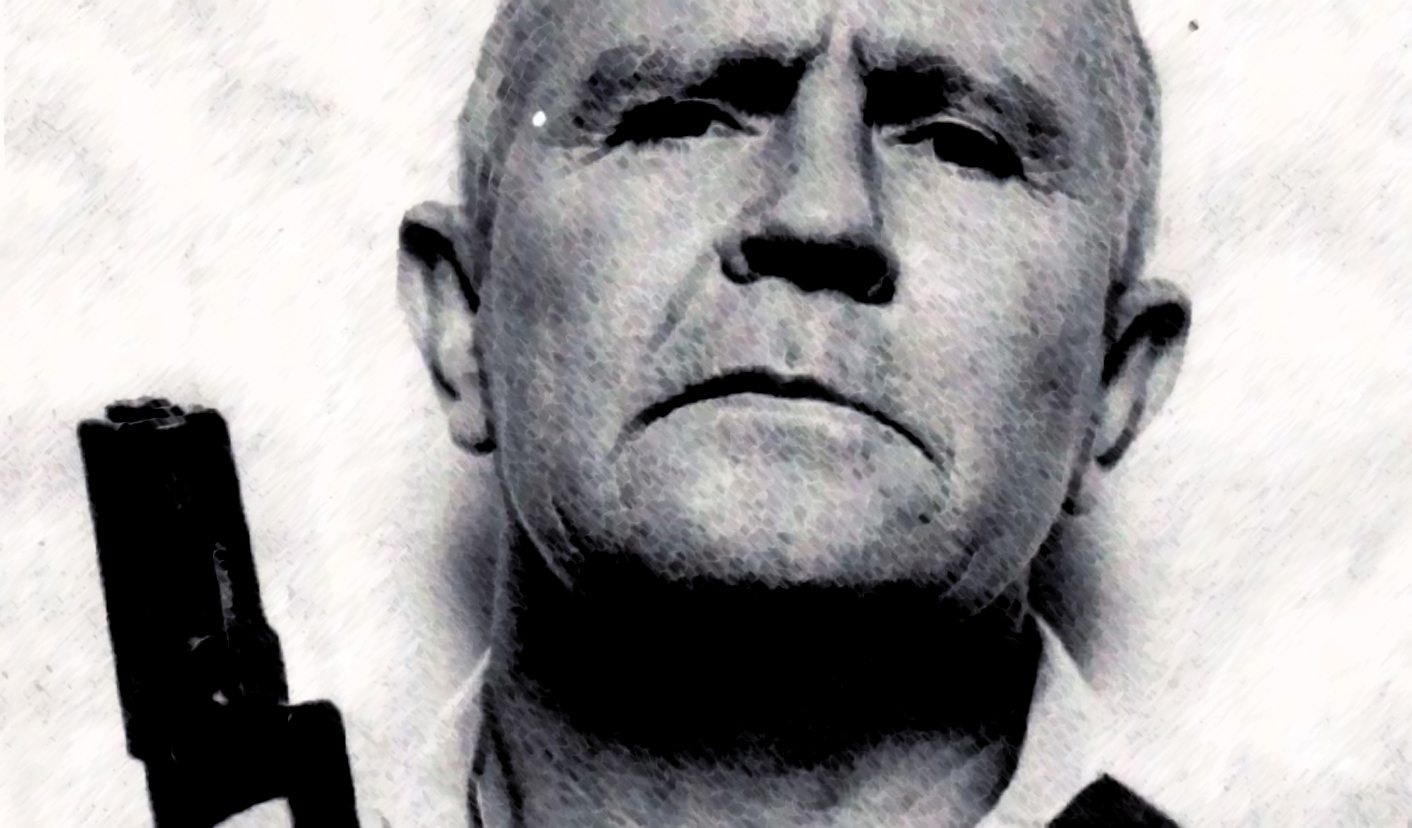 Dirk Coetzee collapsed on Wednesday afternoon in Pretoria and died of kidney failure, after years of suffering from cancer. Former commander of the South African police’s Vlakplaas unit, a rogue cop and convicted murderer, Coetzee survived several assassination bids on his life since 1989 - in South Africa and while he was in exile in Lusaka and London, Like a cat with nine lives, he somewhat miraculously managed to live to be 57. Still, he died a lonely man, writes DE WET POTGIETER.

Coetzee was the man who lifted the veil on the existence of the notorious hit squads of the police who operated from a top secret base on the farm Vlakplaas, west of Pretoria. His revelations in 1989 in the liberal Afrikaans weekly newspaper, Vrye Weekblad, sent shockwaves around the world and finally confirmed the horrific truth that so many people suspected of a sinister government-sanctioned killing machine.

It had been common knowledge that he had suffered from insulin-dependent diabetes all his life and had not been well recently, and it was understood that the tough life as hit squad commander, heavy drinking sprees and partying in his heyday had taken its toll on Coetzee’s health.

During the Apartheid regime, he was one of the co-founders of the Vlakplaas unit and was involved in a number of atrocities – among others, the assassinations of Sizwe Khondile and Griffiths Mxenge.

The police’s Vlakplaas unit used so-called “turned” ANC cadres called Askaris to hunt down freedom fighters in the townships as well as across the borders in Swaziland, Botswana, Zimbabwe and elsewhere. They were a law on their own and much feared in the country’s dissident communities.

Vlakplaas and the other police hit squads had operated very closely with the old South African Defence Force’s own third force, the Civil Cooperation Bureau (CCB), in gathering intelligence on the ANC underground networks. They also joined forces in particular assassinations.

Soon after he revealed the existence of the murder squads in the police, Coetzee went into hiding and fled to London, where he joined the ANC in exile. His successor as commander of C10 (the Vlakplaas unit), Eugene de Kock, in later years admitted during his trial that he gave the orders for the assassination bid on Coetzee in exile.

Coetzee was not the flavour of the month when he returned from exile in the 1990’s, and until his death on Wednesday there was no love lost for him from his former police colleagues and hit squad buddies.

Although Coetzee had always been a vocal and outspoken person – something that landed him in trouble with his spy bosses – he had been noticeably quiet in the past few years. His alcohol abuse and diabetes also took its toll, and his short-term memory clearly left him in the lurch at times.

The last time he made headlines was in July last year, when he lifted the lid on the dodgy dealings of EduSolutions, the company contracted by the state to buy and deliver textbooks to schools across South Africa.

EduSolutions was at the centre of the textbook storm in Limpopo last year when Anis Karodia, the former Limpopo education department administrator, claimed he was pressured by Basic Education Minister Angie Motshekga to keep using the company despite serious irregularities surrounding the contract. Coetzee was working as a private investigator at the time.

It was revealed to Daily Maverick on Thursday that Coetzee never realised until the week of his death how many times efforts were made to assassinate him. Speaking on condition of anonymity, a former colleague and hit squad member, who served under Coetzee at Vlakplaas in 1981, said that the former police captain become a whistleblower not because his political persuasions, but rather in order to survive after being caught dealing in illegal diamonds with known criminals.

Several of his former colleagues said Coetzee never really cared for anybody else but himself. His big mouth always landed him in trouble, and his way of not giving a damn made him rather unpopular at police headquarters in Pretoria.

The top brass eventually realised that Coetzee had become a liability and security risk for the police force, and the dirty trick squad swung into action – making life unbearable for him and ensuring he was discredited wherever he applied for a job.

Before his story was told in the Vrye Weekblad, Coetzee was going around to various newspapers in South Africa trying to convince editors to publish his story about a sinister police hit squad. His story was so outlandish that it was at first assumed to be conspiracy theory from a disgraced police officer suffering from chronic low blood sugar. Initially, nobody wanted to believe him.

Furthermore, the police’s powerful disinformation machinery – better known as “strategic communication” (Stratcom) – used all its might to discredit Coetzee. Behind all of this was the former police spy, Craig Williamson, who along with his team was dedicated to preventing Coetzee from revealing the horrible truth of the hit squads.

When he finally spilled the beans in 1989, Coetzee immediately afterwards went into hiding and later fled to Lusaka, until he managed to get to London. But while he was still in hiding in South Africa, the first desperate bid was made by hit squad members to flush him out of the bush and grab him.

With the first plot they wanted to abduct his two sons from the primary school in Wonderboom South when their mother, Karin, picked them up – thus forcing him into surrendering. This never succeeded, however, because Coetzee’s wife was always accompanied by somebody overseeing their safety.

“I don’t know if the man had a death wish, but he always managed to put his foot in his mouth and blabbered on in the media about things, clearly not realising how many times he almost met his fate in a very bloody way,”  the former Vlakplaas operative said Thursday morning. He was the security branch officer instructed by Eugene de Kock and the police generals to silence Coetzee forever.

“The man was like a cat with nine lives,” he said, describing Coetzee’s ability to survive for so many years in such a hostile environment. “A lot of money was made available from the slush fund for his assassination.”

The source also added that he personally wrote Coetzee’s address on the booby trap parcel which was mailed to him in Lusaka. On the outside of the carefully wrapped parcel was written: “Evidence: Hit Squad”.

In May 1990 the booby trap – a Walkman cassette player with an explosive device contained in the headphones – was sent to Coetzee, but he never received the parcel. In February 1990, it was returned to the ‘sender’, Bheki Mlangeni, of the firm Cheadles, Thompson and Hayson.

Mlangeni opened the parcel, put the earphones on his head, and switched the Walkman on to listen to the alleged evidence of death squads on the cassette. The earphones exploded, blowing his brains to pieces. De Kock was later convicted for the murder of Mlangeni.

There was also a “specially prepared” bottle of expensive Roodeberg red wine laced with poison destined for Coetzee, but never successfully delivered to him, his former colleague and brothers in arms told Daily Maverick on Thursday.

And then there also was the much-publicised plot by another Vlakplaas colleague of his – and the attractive blonde military intelligence spy, who travelled to the UK in the early 1990’s with a bag full of money from the government’s slush fund. This was intended as downpayment to the Irish Ulster Loyalist to help with the assassination of Coetzee in London.

The couple were stopped as they passed through customs at Heathrow, detained and interrogated by British intelligence and thereafter unceremoniously bundled onto a plane back to South Africa. They were told they were both persona non grata in the UK from then on.

One of Coetzee’s former allies said: “Despite this, the man managed to pull through for so many years and died a natural death this week. He must’ve had some kind of guardian angel somewhere looking after him.” DM