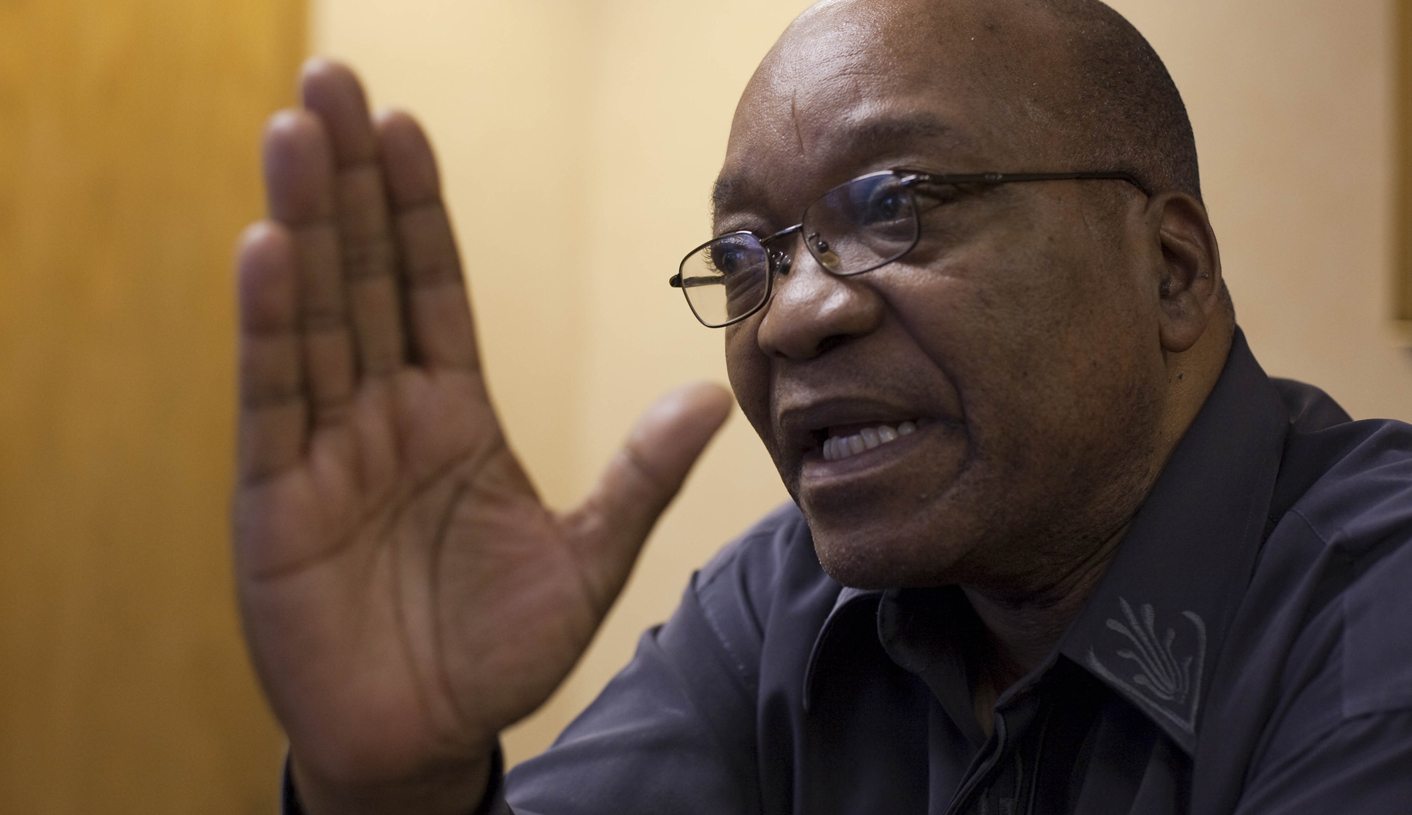 President Jacob Zuma used an address to traditional leaders on Thursday to comment on the issue of violence in South Africa, which has dominated international headlines and left South Africans mired in an ever-deepening sense of despair. He sought to explain “the sickness” and call for calm but neglected to mention police brutality or offer the solutions the country’s crying for. By GREG NICOLSON.

President Jacob Zuma’s speech at the opening of the National House of Traditional Leaders shows that someone in his team knew he had to address the reports of rampant, shocking violence across the country. He began with the obligatory remarks on the importance of traditional leaders before moving onto land reform and asking the amakhosi to back the National Development Plan. Then Zuma brought up “nation building”.

“We meet during a period when our country has experienced heightened incidents of violence against women and children, and other forms of violence,” said the president. He made no mention of the specific cases of violence that have shocked the country and the world but it’s obvious what prompted his speech. Last week, Mido Macia was dragged by a police van and was allegedly murdered by the Daveyton police. On Valentine’s Day the country’s most famous athlete, Oscar Pistorius, was charged with murdering his girlfriend. Ten days earlier, 17-year-old Anene Booysen was brutally gang raped and murdered. Each of the stories made international headlines and have brought more attention to the culture of violence crime, such as the rape of a two-year-old girl and 110-year-old woman, both of which occurred in February.

“These incidents remind us that we come from an immensely violent culture,” said Zuma to the traditional leaders. He was trying to condemn the violence and acknowledge fears while refuting the alarmists and proving “the fact that the overwhelming majority of the 52 million South Africans are peaceful, caring, law abiding citizens.”

Zuma spoke directly to those who have concluded that the shocking incidences of crime are not isolated but systemic. No doubt he and his staff have read Alex Perry’s cover story in Time magazine: “Rival ANC leaders tear their party apart. Local politicians shoot each other in the street – 40 assassinations in the past two years in President Jacob Zuma’s home state of KwaZulu-Natal alone. The wave of labor unrest that saw police shoot dead 34 miners at a Marikana platinum mine last August – and has held South Africa’s economy hostage ever since – has its origins in a power struggle between two unions. In the townships, South African blacks beat and kill Zimbabweans, Somalis and Congolese. In white areas, Afrikaner whites separate themselves from English whites, nursing a distrust that dates from the 1899–1902 Boer War.”

The president wasn’t as pessimistic on Thursday. “We also dare not portray our beautiful country as an inherently violent place to live in. South Africa is a stable, peaceful country. Like all countries, there are elements that conduct themselves in a shocking and unacceptable manner. And like all countries, we will search for solutions,” said Zuma. The country’s standing moral compass is evident in the outrage expressed at the violence, argued the president.

He put violence down to the disintegration of families and the triple challenges of poverty, inequality and unemployment. Colonialism, Apartheid, the migrant labour system and continued urbanisation has torn families apart, he said, and in some areas communities watch apathetically as children walk the streets at night. Only 31.1% of African children have a present father and youth aren’t addressing their elders with respect.

“The existence of taverns near the schools and the fact that owners allow school children to patronise these areas indicates the level of decay in our society. The abuse of alcohol, drugs and other substances is a contributory factor in some of the crimes that are committed. These matters may look small and insignificant but on a larger scale, they take us to the problems we face currently, of wanton lawlessness,” Zuma told the traditional leaders.

His solution to the lawlessness leaves a lot to be desired. Families and communities need to work together to face the scourge and in particular guide the youth, he said, mentioning the Department of Social Development’s White Paper on Families but failing to offer details of the gains it will make in the fight against violence. He urged South Africans to support the police because they “continue to make inroads. During the last financial year, the units secured over 363 life sentences, with a conviction rate of 73% for crimes against women above 18 years old and 70% for crimes against children under 18 years old.”

He backed the police and told citizens to do the same. It’s a fair enough comment, but ludicrous without mentioning the events of the last week. We know Macia was dragged through the street by a police van. We know officers are being charged and convicted of crimes like rape and murder. Confidence in the SAPS, low at the best of times, has plummeted.

When it comes to police brutality, gang rape and murder, there’s no easy balance between facing the situation and upholding brand South Africa. The recent incidents are not isolated and heinous crimes aren’t just committed by rogue assholes (it’s worth remembering that, statistically, by the time you finish this article a South African has been raped). If Zuma wants to convince us that his administration and the organs of the state can alleviate the crises, he best acknowledge them. DM