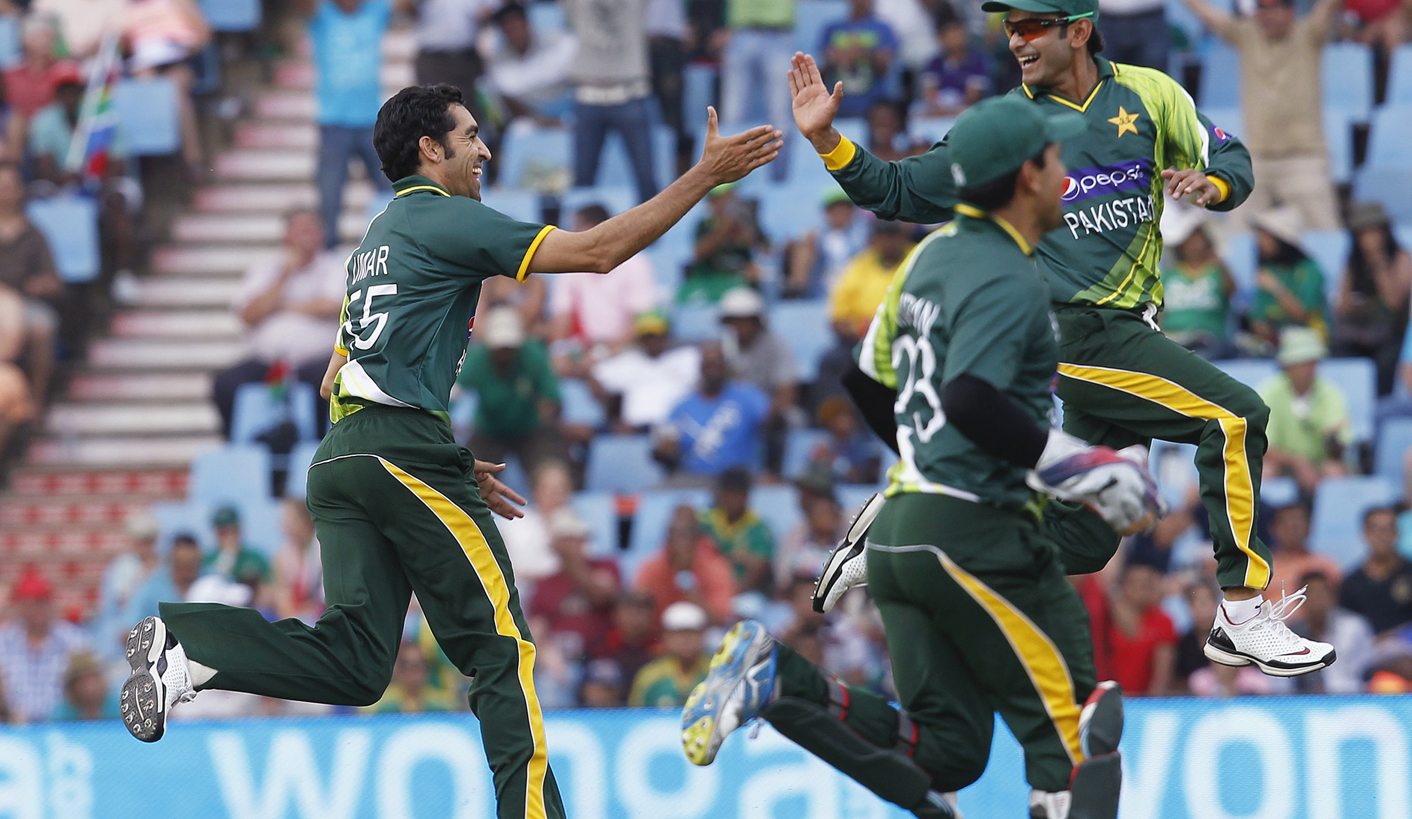 With the first T20 in Durban washed out on Friday, South Africa and Pakistan had it all to play for in Centurion on Sunday. The visitors came out head and shoulders above their hosts, however, who looked like fish out of water in what should have been their luxury aquarium. By ANT SIMS.

Before the T20 series – if two matches can be classed as a series – there was a lot of talk about having to try new combinations and new experiments in the shortest format of the game. South Africa tried a few of those on Sunday against Pakistan… and imploded spectacularly as they lost by 95 runs.

The loss was largely thanks to some bowling and utterly irresponsible batting. After Pakistan won the toss and chose to bat first, Mohammed Hafeez hit a blistering 86 off 51 balls while Ahmed Shehzad added 46 off 25 to help Pakistan to a total of 195 in their 20 overs. The visiting batsmen were good, innovative and composed, but their efforts were helped by some poor bowling from the South Africans who, on a pitch that had absolutely nothing to offer them, looked absolutely clueless.

“We know the shorter version of the game, the better the chance of one individual winning the game. Hafeez changed the game for Pakistan. At one stage it felt like he had too many options; he was scoring at both sides of the wicket. I think things started to come together from over 15 or 16, when we bowled much better,” said skipper Faf du Plessis.

There might have been very little on offer for the bowlers, but Du Plessis also curiously elected to bring Justin Ontong on as a bowler – that is, a player who has not taken a wicket in domestic cricket since March 2011. With two right handers at the crease, the skipper opted for the inexperience of Ontong. It was a strange decision which Du Plessis justified by saying that he was struggling with a slight back injury and had been advised by doctors to not bowl himself.

But why did Ontong play in the first place if everybody had had a look at the pitch? Ontong does fulfil the role of pinch hitter well and has finished many games for his domestic franchise this season, but if the conditions were laid bare and if the pitch were “close to a road”, as the skipper put it, surely opting for an extra bowler would have been a better option, knowing Ontong’s bowling is rather poor?

As if the failing with the ball in hand wasn’t enough, South Africa’s batting seemed to suffer from a collective brain implosion. While AB de Villiers showed real promise at the top of the order, with innovative stroke play and an aggressive approach, his partners just couldn’t back him up.

Henry Davids fell early on, beaten by a slower ball. Davids got his timing completely wrong and he was caught for seven, sending the skipper to the crease.

Du Plessis didn’t need to do much while De Villiers was in full flow. All that was required was for somebody at the other end to rotate the strike, but Du Plessis seemingly got caught in the heat of the moment and his wicket sparked an embarrassing collapse. The skipper admitted later that perhaps the only good thing to come from the match was De Villiers looking strong at the top of the order.

“That was probably the only positive of the day, but we kind of expect AB to perform wherever he bats,” Du Plessis said.

Losing five wickets in 12 balls, three of them golden ducks, South Africa started to fall apart in spectacular fashion. If this were an ICC knock-out event, the c-word would have been bandied around wildly. But to choke, one first has to be in a winning position, and South Africa never really looked like they had a chance.

The Proteas tried to experiment with their batting, promoting Chris Morris up the order to four, but the move flopped as he became the first of the three ducks. Morris might be able to pinch hit and slog it out in domestic cricket, but international cricket, especially against a class outfit like Pakistan, is a completely different kettle of fish. To send somebody like Morris up the order in a match situation like the one on Sunday is akin to throwing a pigeon with a broken wing to a pack of starving wolves.

Nonetheless, with precious little experience in the current South African T20 side, Du Plessis insists it’s all part of the plan for the future and that the youngsters will learn from this.

“You’d always like experience. But we’re basically starting out with this T20 team. We’ve said earlier that we’re building towards the next World Cup and it’s a great learning curve for our young guys,” said Du Plessis.

Du Plessis might be right. One only gets smarter by playing the smarter opponent – and on Sunday it was wily old men against immature young boys.

Photo: Pakistan cricket players celebrate the dismissal of South Africa’s Farhaan Behardien who was caught out by Ahmed Shahzad during the Twenty20 cricket match at Centurion in Pretoria, March 3, 2013. REUTERS/Siphiwe Sibeko