Digital TV in SA: A long and winding road ahead

Digital TV in SA: A long and winding road ahead 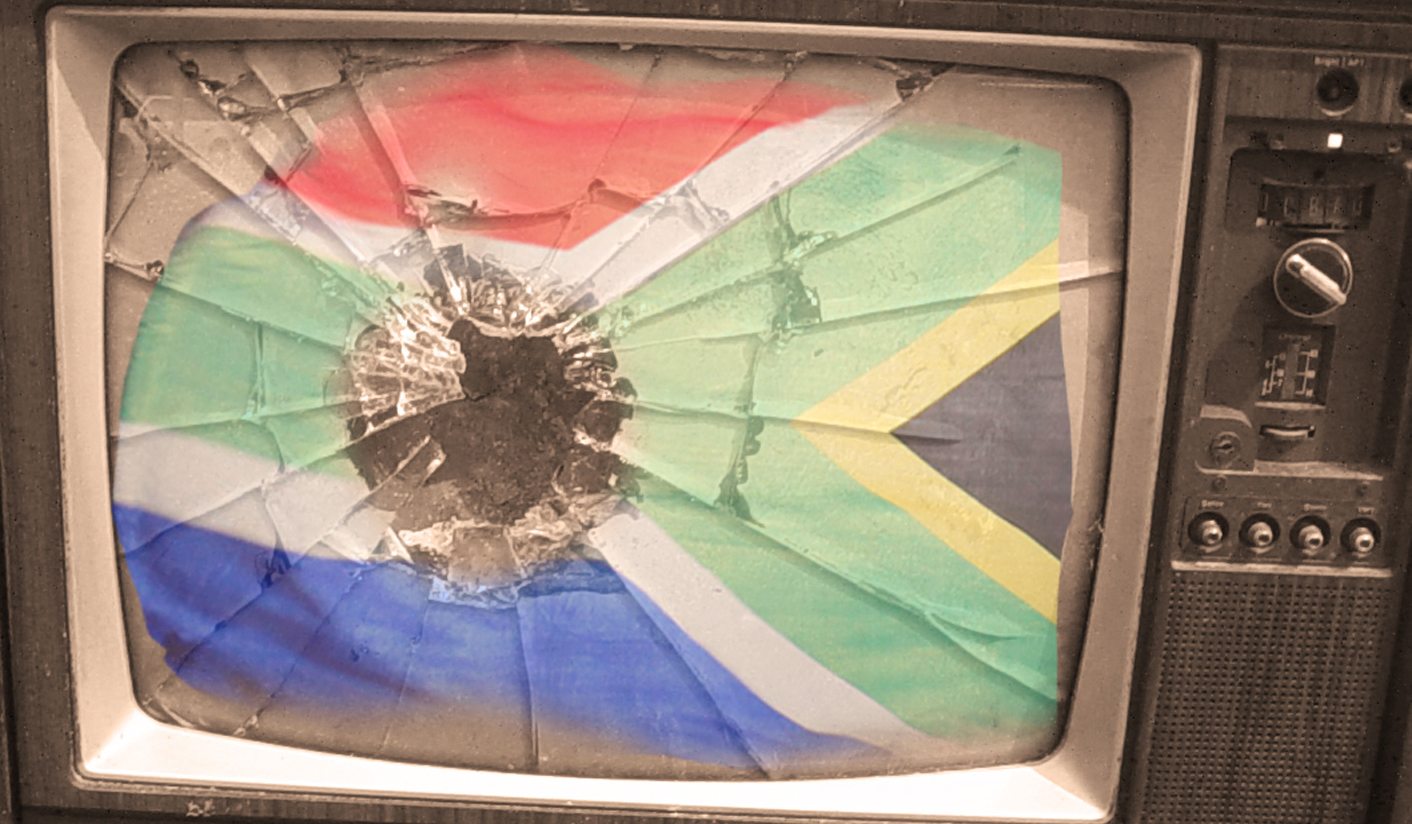 South Africa’s planned migration to digital terrestrial television has been postponed to late 2013, while broadcasters and the Department of Communication are still haggling over details around its implementation. KHADIJA PATEL delved into the history, the spin, the litigation and the outraged commentary to find out how this project has evolved.

Remember when a Minister of Communication promised South Africans digital television for the 2010 Fifa World Cup? Alas, we’ve had three ministers of communication since, the most recent one conspicuous in her red-soled Christian Louboutins. The World Cup in 2010 has come and gone and still there has been no implementation of the plan to switch South Africans over to digital terrestrial television.

That process to switch South Africa’s ageing analogue broadcast infrastructure to digital can be traced back to August 2008, when Ivy Matsepe-Casaburri gazetted the Digital Broadcasting Migration Policy in Parliament. The original plan was to make the switch from the analogue to digital signal by 2008.

In that document, Matsepe-Casaburri said, “This policy is guided by the unique challenges that the country faces. In addressing these challenges, the policy seeks to make South Africa a global leader in harnessing ICTs for socio-economic development. This policy will assist the government to meet its commitments to the people of South Africa as well as to the global community, especially the developing world.”

After receiving the requisite approval from government, the Department of Communication, under its various leaderships since 2008, has been working at implementation. The deadline, meanwhile, has shifted several times.

The department has stressed that it is not just South Africa moving over to digital technology, but the rest of the world, too. “The main reason for the world’s migration to digital is to release valuable spectrum, which can be used for other services,” the Department of Communication explains on its website. “Spectrum is scarce, therefore more efficient use of the spectrum is necessary if more terrestrial telecommunications and broadcasting services are to be made available.” (Spectrum, in layman’s terms, can be explained as the range of radio frequencies used to transmit a certain communication signal.)

Furthermore, the explanation continues, South Africa also coordinates its frequency plans with other countries to ensure that there is no interference between various countries’ broadcasting signals. Currently, analogue broadcasting is protected from interference, but this protection will stop by 2015 – so it is necessary to complete the migration from analogue to digital by 2015.

The digital terrestrial broadcasting signal has already gone live on State-owned Sentech networks, but it is still not commercially available.

The Department of Communication is confident that the migration will be completed successfully before the end of 2013. “It is looking promising for later this year,” Siya Qoza, spokesperson for the department, told Daily Maverick.

While the deadline for South Africa’s analogue switch-off had originally been planned for November 2011, the Department’s soft launch in the Northern Cape last October was meant to be followed by a nationwide commercial launch last December. This was delayed owing to a legal dispute between the Department and e.tv over the Set Top Box conditional access (CA) system, which is a legal requirement in the Broadcast Digital Migration Policy of 2010.

“Both the broadcasters and the State want it. The State wants it because it can help disable decoders that are reported as stolen and it can assist the government to deliver some e-government services, such as providing an early warning system to TV-owning households that may be facing a natural disaster,” the Department’s statement says. (These CA requirements will have to be administered by a specialised vendor.)

Sentech, which was instructed by minister Pule in May last year to manage the CA system, has proposed Nagravision as the vendor. TechCentral explains that Sentech already uses Nagravision to manage some of its satellite services. The Sunday Times, however, has found links between Nagravision and Minister Pule’s romantic partner, Phosane Mngqibisa.

e.tv has argued that it and the SABC, along with future free-to-air broadcasters, should administer the CA system because they have the most to lose if it is not done correctly. While e.tv successfully sued the minister in the High Court last year, Pule has withdrawn her appeal against the judgement and has agreed to broadcasters controlling the conditional access system, subject to the authority of industry regulator Icasa.

“The broadcasters have indicated that they’ll be in a position to advise the Department of their decision during March 2013,” the statement says.

Once the SABC and e.tv do make their decision, explains Qoza, it will pave the way for the Department of Communications to award contracts to Set Top Box manufacturers within months.

“The decision to seek finality on a vendor for the conditional access system is in line with the other decisions that Minister Pule has taken since taking office, towards ensuring that South Africa meets the June 2015 deadline to migrate the broadcasting signal from analogue to a digital platform,” the Department of Communications said in a statement on Sunday.

Other officials are not so sure. According to a story in Rapport last month, South Africa is likely to miss the 2015 deadline to convert its analogue broadcasting signal to digital. The delay will mean that analogue television will use up bandwidth which is necessary for faster Internet.

“There is not enough time left. All we can do now is to extend the cut-off date,” assistant director for information and communications technology, Themba Phiri, told the newspaper.

The International Telecommunication Union (ITU) has said that after June 2015, countries will no longer be protected against disruptions of the radio waves that are used for analogue television broadcasts.

This lack of certainty around encryption and access control mechanisms is not the only bugbear of this project. There is still some confusion about how five million set-top boxes will be subsidised for poorer households.

Government says it intends to subsidise 70% of the cost of set-top boxes for five million of South Africa’s poorest homes, which amounts to R4,5bn in sponsorship. It is unclear, however, where this funding will come from. According to TechCentral’s Craig Wilson, “One of the proposed sources of funds for the subsidy is the Universal Service & Access Agency of South Africa (Usaasa). However, the fund Usaasa administers is not large enough to fund the project fully – it’s not clear how much money is in the fund, but industry players peg the number at between R1 billion and R2 billion.”

Together, these issues are likely to throw already long-delayed, multibillion-rand project even further off track.

“This process is many years behind schedule, and has made South Africa the laughing stock of the continent, as the country gets passed by country after country switching to digital broadcasting as South Africa remains mired in litigation, delays, constantly changing regulations, a government not properly spearheading the switch-over and industry infighting,” one blogger wrote recently.

But even as there seems to be some movement towards sorting out the CA system, the actual implementation of digital terrestrial television in South Africa is most likely still a long way off. DM