Proteas prepare for a different challenge 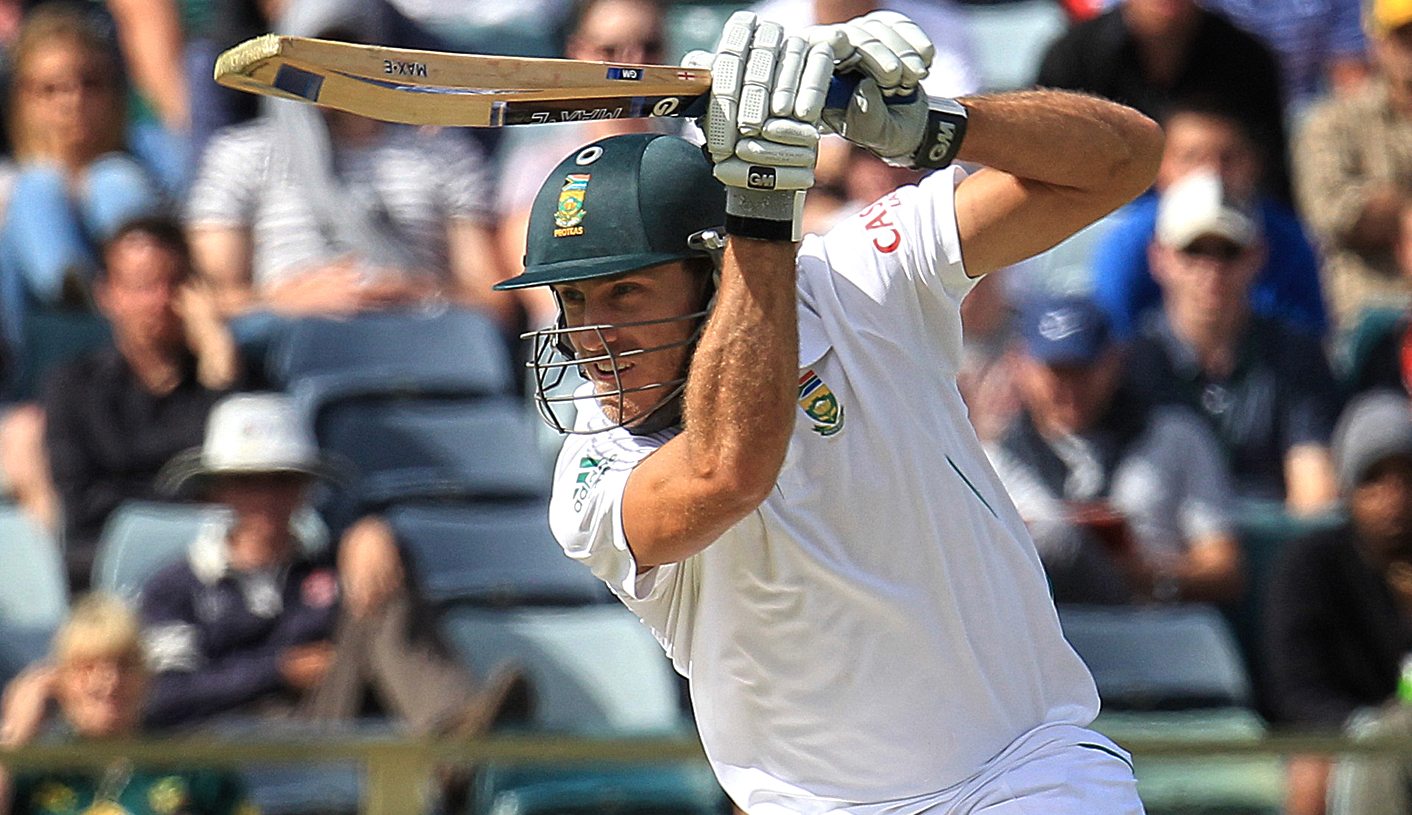 After a very successful summer of Test cricket, the Proteas now change gears to the formats they aren’t quite so good at. The first challenge is a two-match T20 series against Pakistan, and all eyes will be on new skipper Faf du Plessis and new coach Russell Domingo. By ANT SIMS.

After a resoundingly successful summer on the Test arena, the Proteas now face a different challenge. They have to trade their Test whites for a uniform of the more colourful variety as they switch to the shortest format of the game – with a number of fresh faces in the team, all trying to find their feet in international cricket.

The teams will play two T20 matches against each other, the first being in Durban on Friday.

Kingsmead hasn’t been a happy hunting ground for South Africa. If it’s not bad weather, it’s their Achilles heel in terms of results – in Test matches, anyway.

Their record at the ground is somewhat different with T20 games. They’ve won all three matches they played at the ground, having most recently dismantled New Zealand, bowling them out for 86 before chasing down the total in under 13 overs last year December.

AB de Villiers, however, insists that poor performances at the ground, in whatever format, have nothing to do with conditions. The former T20 skipper hopes the Proteas can find a way to up the ante just a bit come Friday.

“It’s got nothing to do with the pitch or the crowd or the ground. We have to point the finger at ourselves. We haven’t played really well here, and now we have to make sure we lift our game and start producing the results. We want to give the crowd something to cheer about,” said De Villiers.

The last time these two sides met was in the ICC World T20 in Sri Lanka last year. South Africa lost by two wickets. Overall they have played each other just six times, with each team winning three. Pakistan can be a handful, and with the T20 side still looking very much like a teenager on a first date, the Proteas will have their work cut out for them.

De Villiers, however, only sees the positives in the ever-changing T20 side, and believes that the young players who perform well for their domestic franchises should be rewarded.

“It is a nice way of giving youngsters a chance to perform and to showcase their talent,” he said of the young T20 outfit. “I definitely see why we are doing that – there are so many youngsters that have come through that have won games for their domestic teams on a regular basis.”

Pakistan welcomes back hard-hitting Shahid Afridi as well as experienced Shoaib Malik in its T20 set-up, and De Villiers acknowledges that the visitors will pose a tough challenge.

“They don’t only have world-class players; they have experience as well. They have won World Cups before – they are a really good team and I think they will be a good challenge for us.”

De Villiers also admitted that he had struggled to find his niche in the national T20 side, adding that the additional responsibility of captaincy had an impact on how he slots into the side.

“I still haven’t found my rhythm in T20 cricket for South Africa,” he said. “I feel we haven’t played a lot, so it’s difficult to find your way when we play one or two matches in a series and then three or four months down the line you play another one. It’s difficult to find the rhythm, especially with the captaincy.”

A number of new caps were recently introduced into the T20 side, and De Villiers reckons the current crop of players is the way forward for South Africa – all they need is to play some more cricket.

“The squad we have now will not change too much over the next 12 months,” he said. “If we play a lot of cricket together the results will start to show.”

De Villiers, Robin Peterson and skipper Faf du Plessis are the only players who feature in all three formats for the Proteas, and the rest of the side is made up out of a mix of experienced campaigners from the domestic circuit as well as long-serving international players – with a few young guns thrown in to spice up the mix.

The series is coach Russell Domingo’s second in charge, and all eyes will be on him to see whether he can weave his magic with the T20 side as much as he did with his domestic franchise, the Warriors, a few years ago. DM