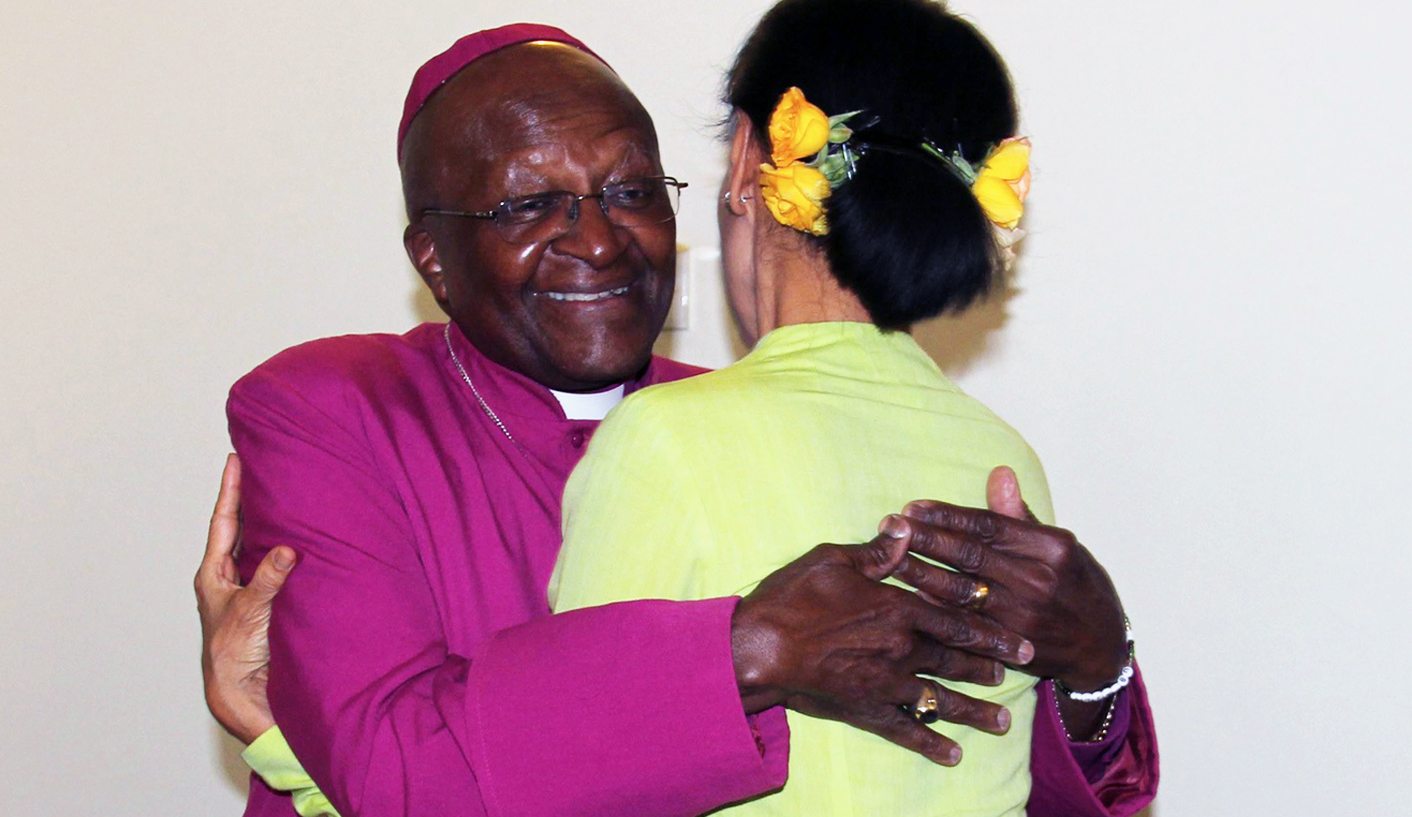 XINGWANA COMMENTS BEING ‘LOOKED AT’ BY PRESIDENCY

Minister of women, children and people with disabilities Lulu Xingwana has been accused of being “divisive” after she told the Australian Broadcasting Commission Afrikaans men were “brought up in the Calvinist religion believing that they own a woman, they own a child, they own everything and therefore they can take that life because they own it”. DA spokesman Mmusi Maimane said Xingwana’s comments were “offensive and divisive”. The South African Human Rights Commission said it would study the footage and review transcripts of the interview before it “engages with the relevant stakeholders” after receiving complaints about the minister’s statement. In an interview with eNCA, presidential spokesman Mac Maharaj said the matter was being “looked at”, but that “no single cultural group should be blamed for violence against women”.

Education infrastructure is a top priority for government, finance minister Pravin Gordhan said in his budget speech delivered on Wednesday. Government has allocated more than R23 billion towards beefing up school infrastructure and increasing the number of no-fee schools. Overall, education received a major slice of the budget, to the amount of R232.5 billion. The basic education department is expected to use some of its budget to improve numeracy and literacy, and expand enrolment in Grade R. About R700 million is going to towards recapitalising technical secondary schools.  “This will finance construction and refurbishment of 259 workshops and training of over 1,500 technology teachers,” Gordhan said. R1 billion has been awarded to provinces to increase the number of teachers.

A CONSERVATIVE BUDGET, BUT ONE WITH DA ECONOMIC POLICIES

Finance minister Pravin Gordhan has been forced to put South Africa’s fiscal policy “in a holding pattern”, says the DA’s finance spokesman, Tim Harris. He said that as a result of a R16 billion shortfall in tax revenue, Gordhan has been “forced to run a budget deficit in excess of 5% of GDP for the first time since 2009, when we had to respond to the global financial crisis”. Harris said the DA was pleased that some key DA economic policies have been included. Harris welcomed the “watered-down version” of the youth wage subsidy, with R500 million funding rather than the original R1.6 billion. He also hailed “minor” reforms of small business taxation and said while the DA was “frustrated” the old age pension had been increased by less than inflation, the scrapping of the means test was a good move.

Kenneth Brown, the current head of intergovernmental relations within the National Treasury, has been appointed chief procurement officer for the newly launched national procurement office. It has been created to restructure and simplify government’s procurement processes in an effort to fight tender corruption. At a media briefing prior to his budget speech, finance minister Pravin Gordhan said much work had already been done to “define the function of the unit”. Three departments – public works, health and education – have volunteered to be part of the pilot programme to restructure their procurement practices.

‘TIME FOR XINGWANA AND HER DEPARTMENT TO GO’

A report into the state of affairs of the department for women, children and people with disabilities says it is plagued with problems, ranging from irregular expenditure, increasing non-compliance and lack of leadership to a skills shortage. “The department has to date received over R500 million and has nothing to show for it except lavish parties, flights to expensive conferences and seminars all around the world, and designer furniture,” said the DA’s departmental spokeswoman, Helen Lamoela. The department presented its turnaround strategy to the portfolio committee that oversees its functioning. “The truth of the matter is that we do not need this Department. It is time for Minister Xingwana and her Department to go,” said Lamoela.

SABC BOARD MUST GIVE ANSWERS ON MOTSOENENG’S REMOVAL AS COO

The DA wants to know why the SABC so hastily removed acting chief operating Hlaudi Motsoeneng, and says the SABC board must “as a matter of urgency” appear before the portfolio committee of communications to explain. “While the Democratic Alliance welcomes Mr Motsoeneng’s removal from a post he was unqualified to hold and which he abused to control editorial and advertising content to suit his ANC friends, the circumstances of his removal give rise to grave concern about the credibility of the board and its leadership,” said communications spokeswoman, Marian Shinn. ‘South Africa needs to hear why the chair of the board, Dr Ben Ngubane, apparently declined to attend the unscheduled board meeting that was called in Cape Town yesterday after a decision was made to cancel the board’s meeting with the portfolio committee.”

Archbishop Emeritus Desmond Tutu has finally met Burma’s Aung San Suu Kyi, the woman to whom he said “I love you” in a Tutu Peace Lecture video link with her in 2011. Tutu has long been admirer of his fellow Nobel Peace Prize winner and met her face-to-face for the first time during a visit to Burma. “It is wonderful to be here and to see her. We are looking forward to seeing your country truly free. The potential of this country is immense and we want to see the potential fully realised,” he said, urging an end to ethnic conflict during a press conference. He and Suu Kyi met for private talks at the lakeside house where she was held under house arrest in her two-decade struggle against the military junta that ruled her country.

NYAOPE IN PROCESS OF BEING CLASSIFIED ILLEGAL, SAYS JUSTICE DEPT

The justice department is classifying nyaope, or wunga, as an illegal drug. Spokesman Mthunzi Mhaga said the Drugs and Drug Trafficking Act 140 of 1992 was being amended to ensure those arrested for possession of or dealing in the drug could be successfully prosecuted. Mhaga said this was in response to the “escalating rate of abuse, which is also believed to be the cause of some heinous crimes”. Nyaope is a cocktail of, among other things, rat poison, dagga, heroin and antiretroviral medication that is mainly used by teenagers. Gauteng social development MEC Nandi Mayathula-Khoza said last week the non-classification of nyaope as an illegal drug was undermining crime-fighting efforts. Her view echoed that of the DA’s Mike Waters who said, “abuse of this substance has been linked to criminal activity, particularly in Gauteng, but without classification, the police cannot tackle the problem”. DM