Patrick Gaspard, next US Ambassador in South Africa? 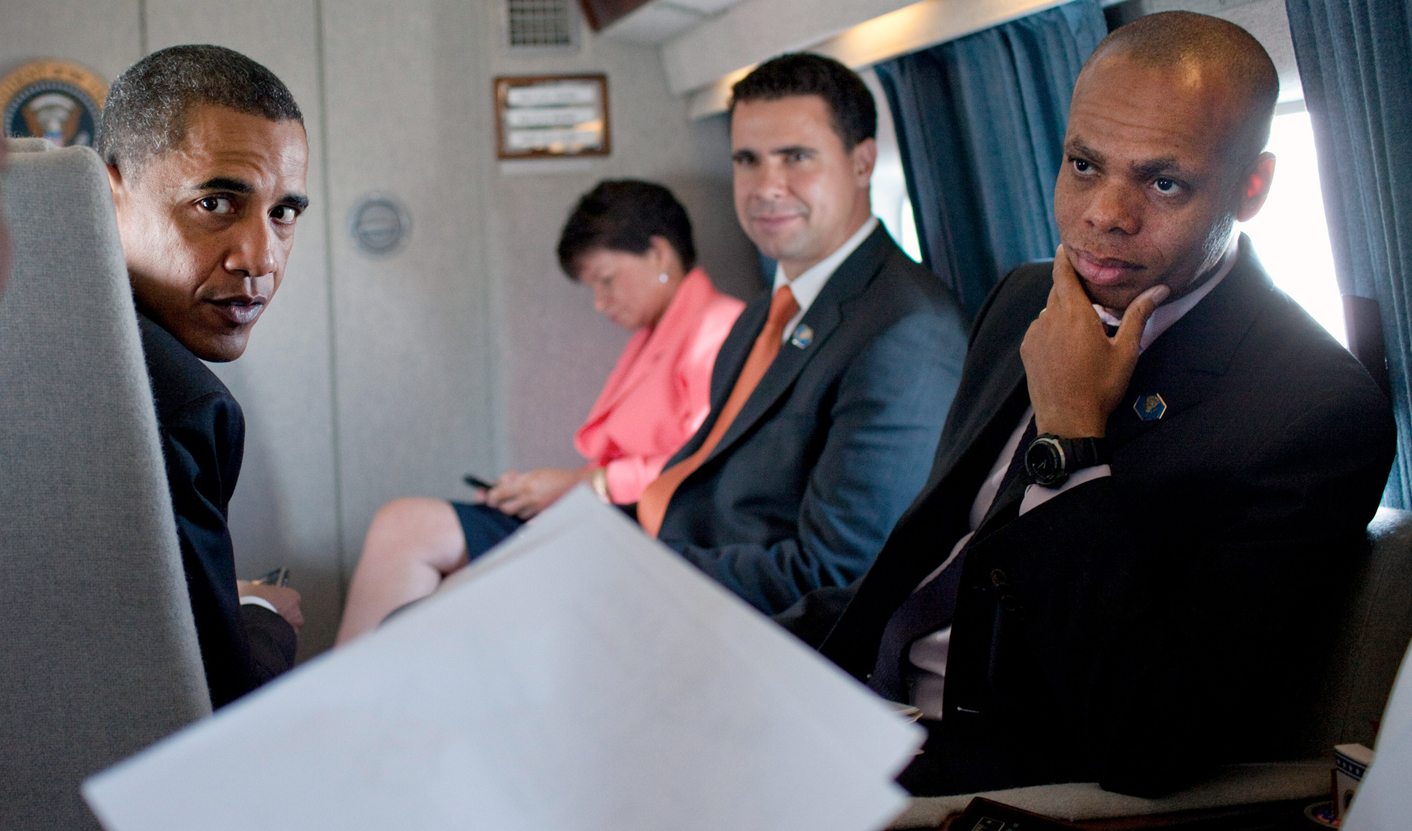 Patrick Gaspard, the executive director of the Democratic National Committee – and formerly the director of the Office of Political Affairs in the White House (the same position held by Karl Rove during George W Bush’s presidency), national political director of Barack Obama’s 2008 presidential campaign, and associate personnel director of President-elect Obama’s transition team – has been tapped as the next US Ambassador to South Africa. This nomination comes just as President Obama is due to touch down in South Africa on Friday, 28 June, on his official visit here. By J BROOKS SPECTOR.

Gaspard moved to the Democratic National Committee in January 2011 to become its executive director under former Virginia Governor Tim Kaine when the White House political shop was closed down and the Obama 2012 re-election campaign began forming up in Chicago under James Messina.

In South Africa, Gaspard will succeed Donald Gips who departed South Africa late last year. Gaspard’s selection represents the continuation of the trend of appointing well-connected political figures to become an American ambassador to South Africa, rather than picking career diplomats for this post.

Not too surprisingly, the US Embassy in Pretoria declined to discuss Gaspard’s pending nomination to the Pretoria position. Ordinarily, the White House announces all ambassadorial appointments, once it receives agreement from the government of the country where an ambassador is to be sent.

Before joining the Obama presidency, Gaspard was a long-time political operative who came into the world of politics via his service with the politically very potent Service Employees International Union (SEIU), as well as time as an aide to New York City mayor, David Dinkins. Dinkins, of course, was the first black mayor of the Big Apple, back in the late 1980s and early 1990s.

When he was with the SEIU, Gaspard worked for nearly a decade as executive vice president for politics and legislation for the United Healthcare Workers East union, the largest single union local branch in America. In 2006, Gaspard became acting political director for SEIU International as part of the union’s effort to help the Democratic Party gain majorities in the House and Senate.

Gaspard also worked on Vermont Governor Howard Dean’s unsuccessful campaign for the Democratic presidential campaign in 2004, on Rev. Jesse Jackson’s 1988 presidential bid, as well as a variety of congressional candidates and “issue” campaigns. Gaspard actually got his start in electoral politics in 1988 when he worked on Jackson’s campaign and then on the mayoral campaign of David Dinkins. Early on, Gaspard was a community organiser working on school reform issues. According to The Washington Post, Gaspard also was involved in union-based anti-Apartheid efforts during the 1980s.

Gaspard is a Haitian-American who was born in Zaire in 1967 – now the Democratic Republic of the Congo – when his parents worked there and he came with them to the US as a small child. He is married, with two children. While he worked in the White House, Gaspard was a key figure in coordinating American relief efforts in Haiti, following the major earthquake that had devastated the country three years earlier.

Appraising his background and experience, The Washington Post described him by saying, “Gaspard is a thoroughly liberal Democrat. He has consistently supported liberal candidates and has worked closely with labour unions throughout his career. Asked in 2006 what his goal was for 2008, he said, ‘That’s the easiest question I’ve ever been asked – I want to begin to repair the imbalance in the Supreme Court by electing a Democratic president.’”

Last year when the US Supreme Court upheld “Obamacare” in its landmark decision, Gaspard gained a bit of notoriety when he triumphantly tweeted about the decision, “It’s constitutional, Bitches.” Given this sharp-elbowed message style now the norm for partisan US domestic politics – but probably not quite the thing in the more indirect world of diplomacy – Gaspard may just want to take notes during presentations on the new world of electronic communication when he attends that special “charm school” course the State Department organises for non-career, political appointees to become ambassadors. DM