Pristine Proteas on the brink of another whitewash 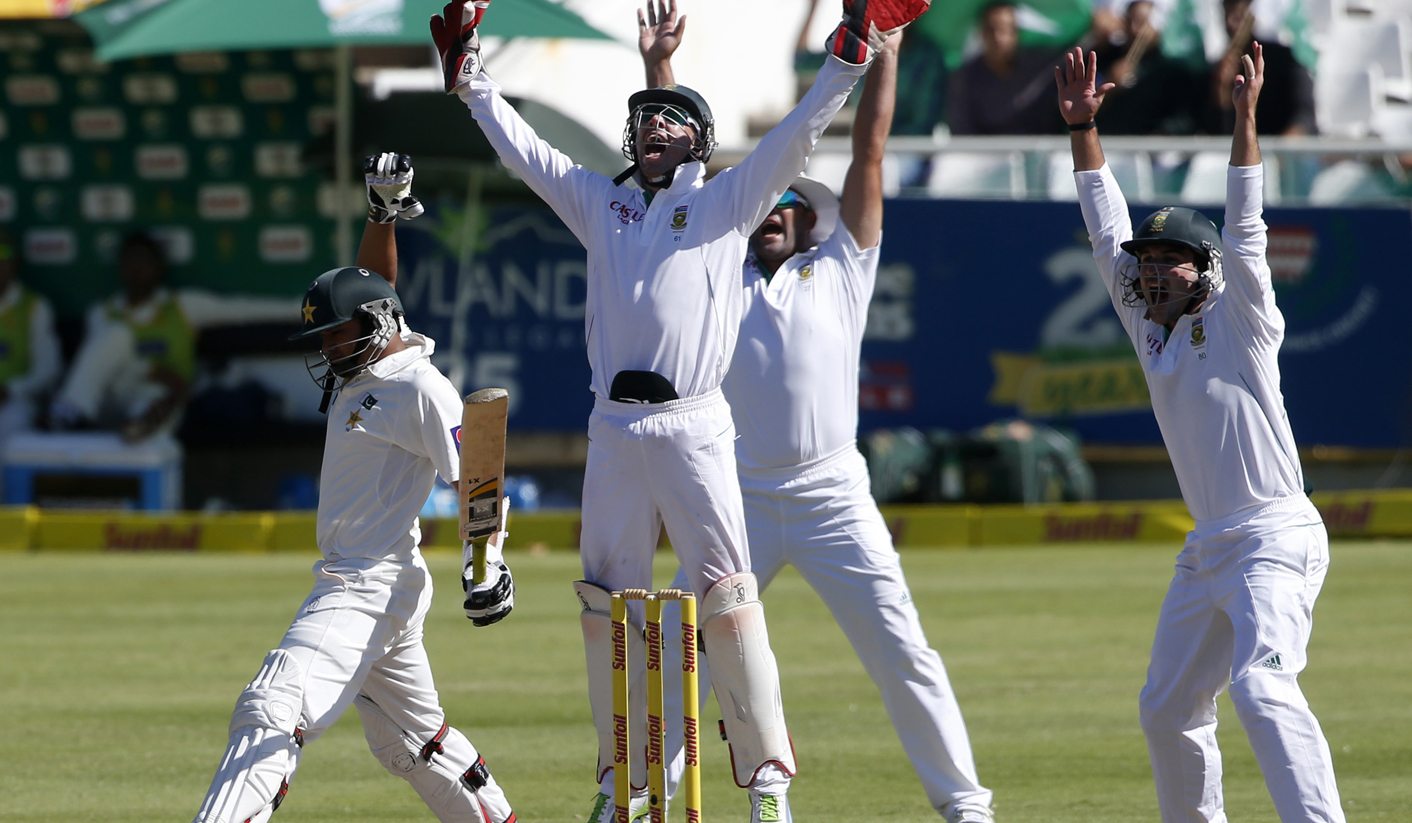 South Africa is sitting pretty ahead of its third and final Test against Pakistan, and has the chance at another whitewash before a long layoff from Test cricket. Skipper Graeme Smith insists there will be no complacency and that his charges will make the most of the opportunity. By ANT SIMS.

South Africa starts its third and final Test against Pakistan in a pretty strong position. The Proteas have won the series and sealed their spot at the summit of the ICC Test rankings. Nobody will be able to topple them from their perch before 1 April, and they will pocket a cool $450,000 for their stint at the top. The players will get 80% of that cash, while 20% will go to cricket South Africa.

It’s a cosy position to be in, and while their opposition showed signs of fight in the last Test, having lost just one Test out of 17 in Centurion should inspire even more confidence in the squad.

Unfortunately they will be without Morne Morkel, who sustained a hamstring injury during the second Test. He will be replaced by rookie bowler Rory Kleinveldt, who has raised a few doubtful eybrows regarding his step up to international cricket. Skipper Graeme Smith, however, believes that Kleinveldt successfully cut his teeth in Australia, where he managed to take  three for 65 in the second innings against the Aussies in Adelaide.

“Adelaide was a big step up for Rory, the way he bounced back after a difficult debut,” Smith told reporters. “That has given him a lot of confidence and I can see the way he has grown in training. Hopefully that confidence will go into his performance over the next five days.

“There is generally a bit more swing on the Highveld, which will suit Rory, and there is good pace and bounce at Centurion. His energy at training has been good and he has bowled well in the nets,” said Smith.

The match at Centurion will be the last Test the Proteas play before a lengthy layoff from the longest format of the game, and with a tour to Abu Dhabi scheduled later in the year, Smith hopes his charges will find the impetus to strike a psychological blow.

“It’s our last Test in what has been a long but successful year,” Smith said. “There has been no difference in the way we have approached the game. It has been a quick turnaround, so to stay mentally fresh and sharp in the game will be the challenge. We are a process-driven team and we attack each challenges the same each time.”

While the Proteas might find themselves in a dominant position, Smith insists that it certainly doesn’t mean they are taking everything for granted. He doesn’t want the team to sell itself short, considering the wealth of talent it has at its disposal.

“It’s not often that teams have the players we have, the environment we have or are producing the type of results we’re producing. We want to be able to look back as a team and say that we have done ourselves proud,” said Smith.

The skipper also believes that reaching the summit of the rankings hasn’t simply happened overnight. It’s been an achievement in progress since South Africa was allowed back into world cricket more than a decade ago. Smith believes that all the processes involved in running a successful team are now stronger than ever.

“It’s been an ongoing process since readmission. We’re fairly young in international sports. There were going to be mistakes and growth periods. If I think back to when I started and where we are now, there are systems in the team which are certainly running a lot better. Everything is a lot more professional than what it used to be,” Smith added.

Pakistan, meanwhile, have been left licking its wounds and Smith’s counterpart, Misbah-ul-Haq, wants to see his side put the runs on the board.

“We need to improve our batting. We need some consistency,” Misbah said. “It’s not about one innings in Test cricket. You have to post big totals in every innings.”

Pakistan has been dismal upfront, with South Africa’s new-ball pair of Dale Steyn and Vernon Philander wreaking havoc in conditions the visitors aren’t quite used to.

“Everybody is trying and working hard to cope with the new ball, especially in the first 10 overs. We can only hope they will get better.

“These pitches have more pace and bounce, whereas all over the world wickets are getting slower. Even in Australia, nowadays. So it’s a matter of spending time and playing more cricket here. Lack of experience and lack of playing Test cricket is why we collapsed in the other matches. Once you play on a regular basis, you get better and better.”

Pakistan has little left to play for other than pride, and perhaps a wry smile – knowing they managed to bring an end to an unbeaten run of one of the best South African sides of its generation.

To do that, it will take a very special performance from every single player in the side, all while trying to overcome a team hungry for another whitewash. DM