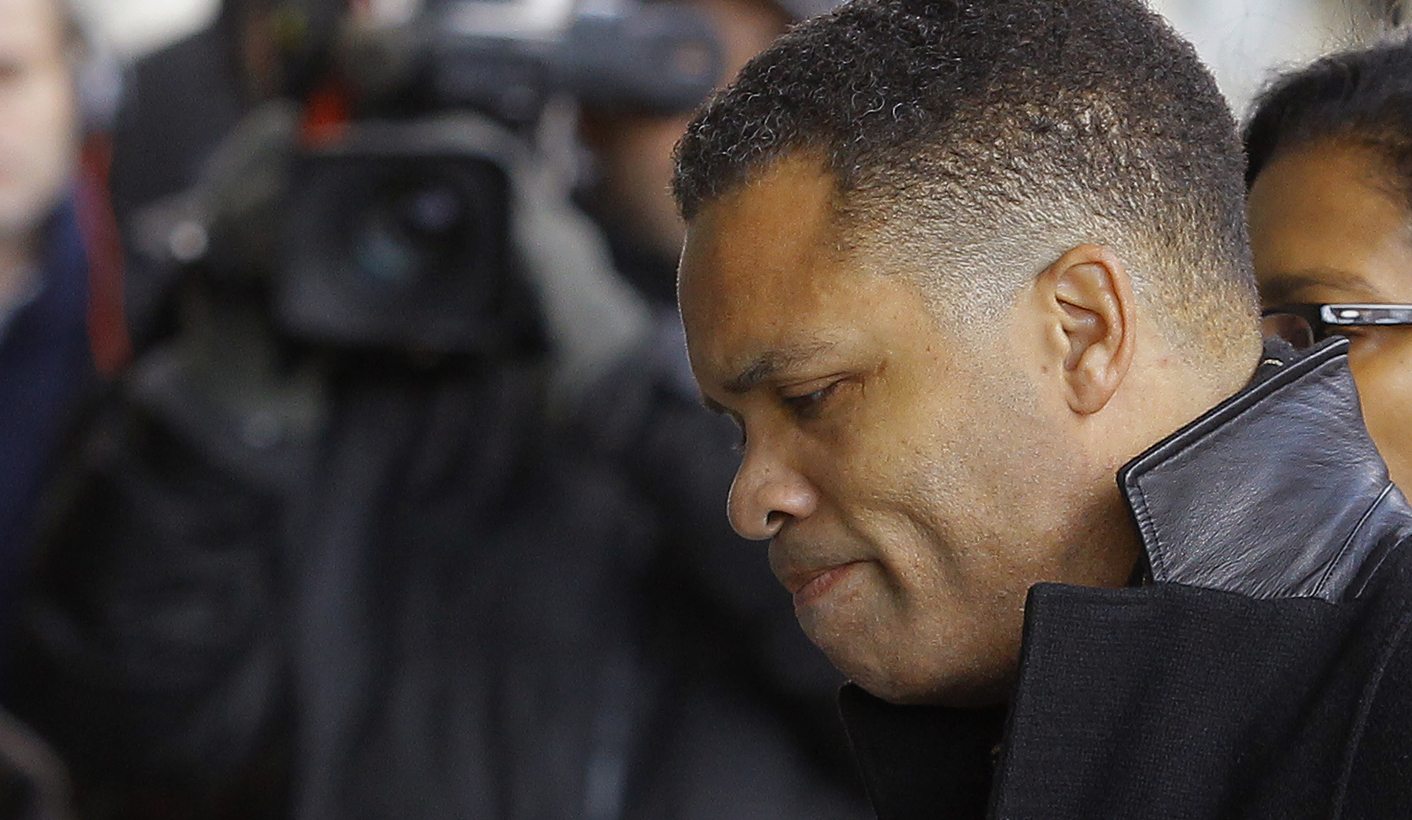 One-time Democratic Party rising star Jesse Jackson Jr., weeping and repentant as his famous father looked on, pleaded guilty on Wednesday to misusing about $750,000 in campaign funds on luxuries such as fur capes and a Rolex watch. By David Ingram.

Jackson, 47, who had represented Illinois in the U.S. House of Representatives from 1995 until his resignation in November, told U.S. District Judge Robert Wilkins he had been living off his political campaign funds for years.

When Wilkins asked for Jackson’s plea, he responded, “Guilty, your honor. I misled the American people.”

Prosecutors said they may ask for a five-year prison sentence – the maximum permitted by law – while Jackson’s legal team said it may argue for four or less. Sentencing is scheduled for June 28.

Jackson, once considered among the nation’s most promising black politicians, expressed regret for misusing the campaign money.

“I fully understand the consequences of my actions,” said Jackson, who dropped out of public view last year and underwent treatment for bipolar disorder.

Jackson’s father, civil rights leader Jesse Jackson Sr., and other relatives and friends sat in the front rows of a Washington courtroom. The elder Jackson declined to answer reporters’ questions after the hearing.

The former congressman’s wife, Sandi, was expected to appear at a separate hearing later on Wednesday and plead guilty to filing false tax returns that did not report the campaign money as income. She is a former member of the Chicago City Council.

Prosecutors planned to issue a statement to the media after the second hearing.

Jackson signed an agreement with federal prosecutors to end an investigation into his personal finances.

The government had said earlier that Jackson must forfeit tens of thousands of dollars in celebrity memorabilia derived from the alleged crimes, including a $4,600 fedora that once belonged to late pop star Michael Jackson.

His actions add up to conspiracy to commit fraud and give false statements, according to the plea agreement.

Jackson ran for Congress and won at age 30, serving from 1995 until resigning on Nov. 21, citing health reasons and acknowledging he was under investigation by the FBI.

One of Jackson’s lawyers, Reid Weingarten, told reporters afterward that the court should take Jackson’s years of public service into account when he is sentenced. Jackson would not speak to the media but would make his case in court papers, Weingarten said.

Jackson may already be thinking of life after prison.

“There will be another chapter in Jesse Jackson’s life, a chapter that brings joy to the people who care about him,” Weingarten said.

Jackson disappeared from public view last summer and speculation swirled for weeks about his condition. At first he said he was being treated for exhaustion and in July his doctor said Jackson was receiving intensive care for a “mood disorder.”

Jackson eventually was treated for at least six weeks at the Mayo Clinic for bipolar disorder.

In accepting Jackson’s plea, Wilkins went through a series of questions that are routinely asked of defendants but that took on poignancy because of Jackson’s father’s career as a civil rights champion: did he realize he would no longer be able to vote, serve on a jury or own a firearm due to his felony conviction?

Jackson said he did and wiped tears from his eyes.

The elder Jackson was a protege of Martin Luther King Jr. during the civil rights movement of the 1960s and campaigned for voting rights for blacks.

Wilkins’ own civil rights history complicated the case. He was a leader of a group of Harvard students supporting Jackson Sr.’s 1988 presidential campaign. Wilkins, who became a judge in 2010, also had appeared on the elder Jackson’s CNN television show in 1999 to discuss his successful lawsuit against the state of Maryland for racial profiling of black drivers. Wilkins became a judge in 2010.

Wilkins offered to step aside from the Jackson case but neither side wanted him to do so. DM