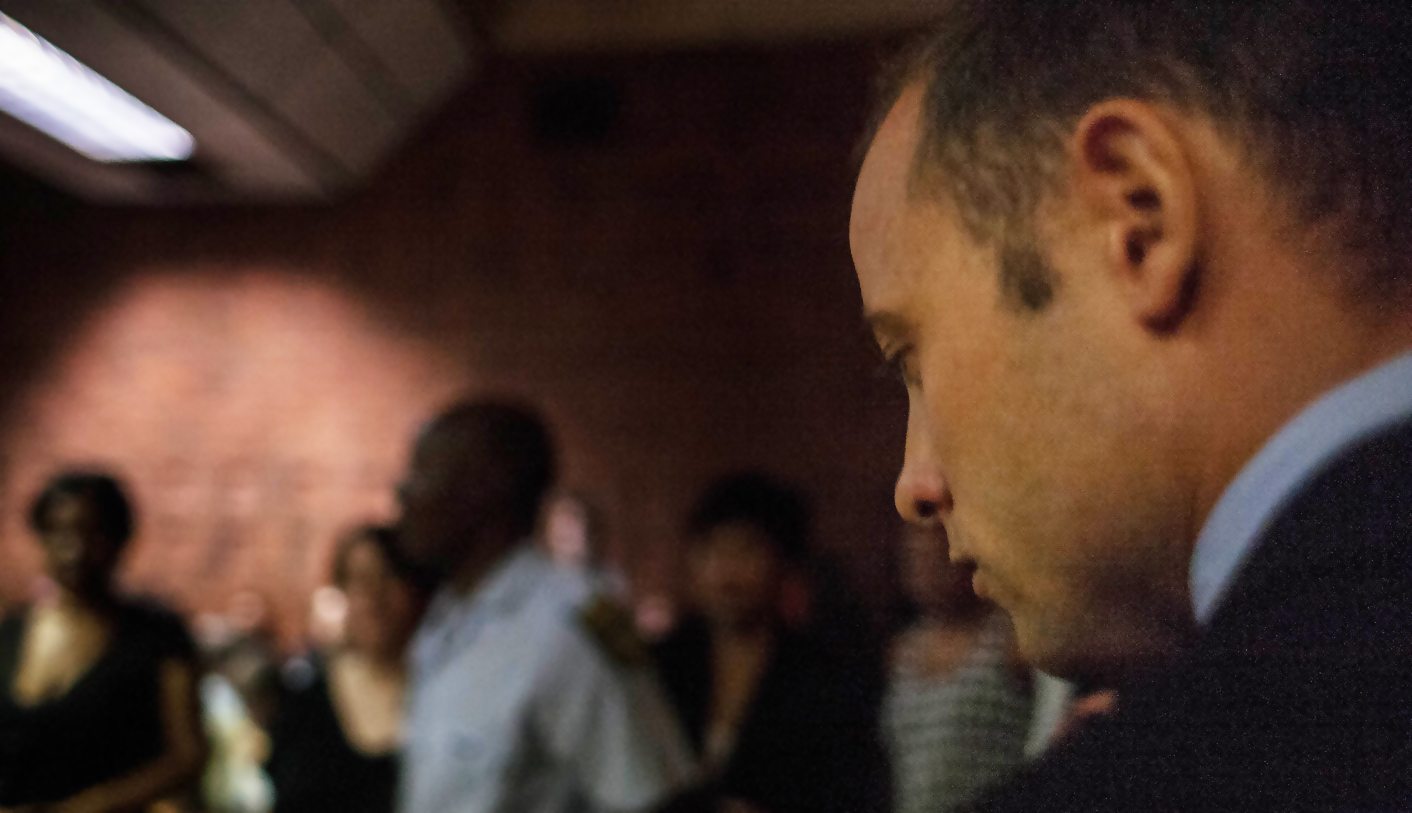 Oscar Pistorius appeared in court for the second day of his application for bail on Wednesday. He faced a frenzied local and international media, while his advocate attempted to establish the conditions for bail. GREG NICOLSON joined the scrum of photographers and managed to get some snaps.

Photo: Courtroom C of the Pretoria Magistrate’s Court was packed with media and Pistorius’s family members. One man stood out – the Sushi King, Kenny Kunene, who appeared to support the athlete and murder accused.

Photo: Photographers got a single chance to snap Pistorius, lasting no more than 30 seconds. He appeared solemn, the light putting him in focus while he stood, head bowed and hands clasped together.

Photo: One of Nel’s key pieces of evidence was a floor plan of Pistorius’s home, which he used to explain the state’s version of events.

Photo: Pistorius’s family, father Henke right, sister Aimee centre, and an uncle left, sat in the front row of the gallery, as they have throughout the bail application. During their lunch in the courthouse café, the contingent of family looked positive as Pistorius had a more optimistic day in court, but at times Aimee appeared frustrated with the intense media attention.

Photo: Pistorius’s advocate Barry Roux, right, talks with the athlete’s brother Carl. Roux left the court having confirmed his reputation as a fierce competitor after dissecting the state’s witnesses and claims.

Photo: Pistorius once again wept in the courtroom, breaking down early in the day when the court heard about the love between him and girlfriend Reeva Steenkamp, a model and law graduate, who was killed in the early hours of last Thursday.

Photo: Many of the world’s largest media companies were present at the court, with TV broadcasters lining one street, and photo and camera crews always positioned out at the front. Department of Justice administrators had a tough morning controlling the media, as they clearly could not handle the number of journalists who wanted access to the courtroom. DM

All photos by Greg Nicolson