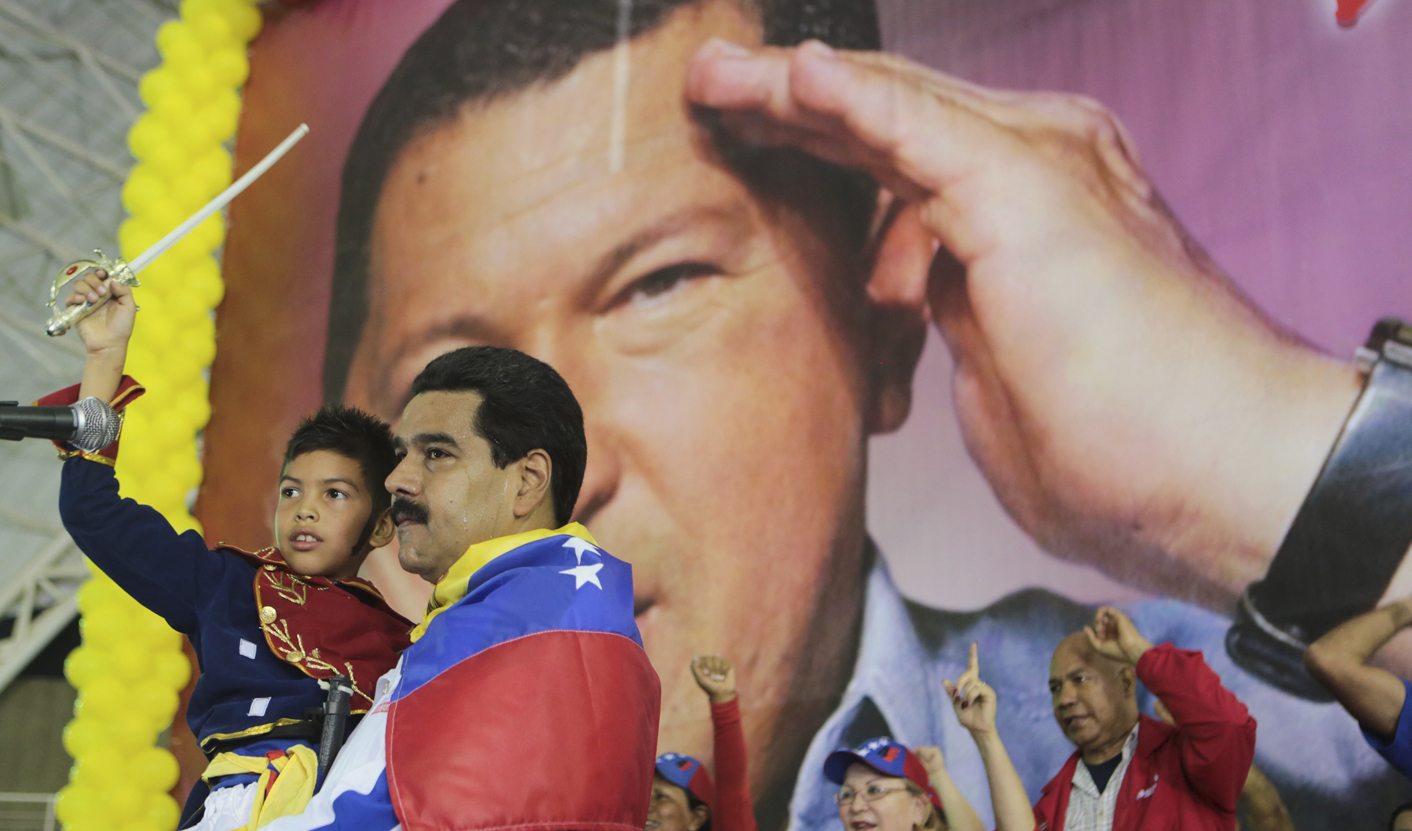 Such was the party atmosphere outside the military hospital in Caracas where Chavez was taken on Monday that security staff had to appeal for calm so as not to disturb other patients.

“I love the president with all my soul, thanks be to God almighty for bringing him back to me,” said Alexandra Viloria, 43, clutching a doll of Chavez and wearing the red colors of his Socialist Party in a throng outside the hospital gate.

His fans’ joy was unbridled even though Chavez remains in a grave state and there is speculation he may have come home to resign and arrange a smooth transition within his ruling Socialist Party rather than return to active rule.

While hundreds went to the hospital, in a shabby part of Caracas near a hillside shanty-town, many more poured into public squares across Venezuela as state media whipped up the atmosphere with live coverage.

Though despised as a clownish dictator by many opponents, and resented by private businessmen for his aggressive nationalizations and currency controls, Chavez is adored by many in the South American nation of 29 million people.

In his 14-year rule, he has constantly played up his own humble roots from birth in a rural shack, used common and folksy language in his famously long-winded speeches, and channeled oil revenues into welfare projects in neglected shanty-towns.

Opponents charge he should have done far better for the poor, given the OPEC member’s unprecedented bonanza in oil revenues. But they have been unable to break his emotional bond with a large number of Venezuelans and Chavez comfortably won re-election last year.

Breaking the news of Chavez’s return live on state television before dawn, Information Minister Ernesto Villegas even burst into song, joyously chanting “He’s back! He’s back!” – a slogan used after the president survived a brief coup in 2002.

Some scribbled the famous chant on buses in Caracas.

A huge banner of Chavez’s face adorned one wall of the manila-colored military hospital. Its bustling surroundings contrasted with the leafy peace of Havana’s Cimeq hospital where Chavez had been treated for the last two months.

“I’ve been here since 5 this morning to support the president. He is the hope of our people,” said William Pelaque, 37, outside. “The squalid ones are running scared now,” he added, using Chavez’s term for his opponents.

One elderly man came with a tray of flowers and an image of the infant Jesus to leave outside.

One of the reasons Chavez has sought treatment in Cuba since his cancer was first detected in mid-2011 was to limit leaks of information to the media. That may be harder now he is back in gossip-crazy Venezuela rather than tightly controlled Cuba.

There was a relatively muted reaction from opposition parties, who have long struggled to match Chavez’s charisma and win significant support among the poor.

Opposition leader Henrique Capriles, who will probably face Vice President Nicolas Maduro in a presidential election should Chavez not recover, welcomed him home.

But Capriles also took a swipe at Maduro and other senior ministers, whom he accuses of neglecting Venezuela’s myriad daily problems – from crime to potholes and price rises – during the all-consuming focus on Chavez’s health.

“I hope the president’s return means Mr. Maduro and the ministers get to work, there are thousands of problems to fix,” Capriles said.

“I hope the president’s return is definitive and means the immediate halting of the ‘red package’,” he added, using a mocking reference to recent economic measures including a devaluation of the bolivar currency.

The opposition Democratic Unity coalition also sniped at the “spectacle” around Chavez’s return, saying it would hardly help his health.

But there was an affectionate rebuke from Ecuador’s newly-reelected president, Rafael Correa, over Chavez’s quick congratulation for his sweeping re-election on Sunday.

“That’s President Chavez, incorrigibly stubborn. He should be resting!” he told Colombian TV.

“I thank Commander Chavez for his congratulation, but I’m angry – forget (the Ecuador election), go and rest, and get better as soon as possible. Venezuela, his beloved Latin America, and his friends – we all need him.” DM

Photo: Supporter of Venezuela’s President Hugo Chavez hold pictures of him as they gather at Plaza Bolivar in Caracas February 18, 2013. Chavez made a surprise return from Cuba on Monday more than two months after surgery for cancer that has jeopardized his 14-year rule of the South American OPEC member. The 58-year-old socialist leader underwent a six-hour operation in Cuba on December 11 and had not been seen or heard in public until photos of him were published on Friday. The poster reads: “Welcome to your country”. REUTERS/Carlos Garcia Rawlins