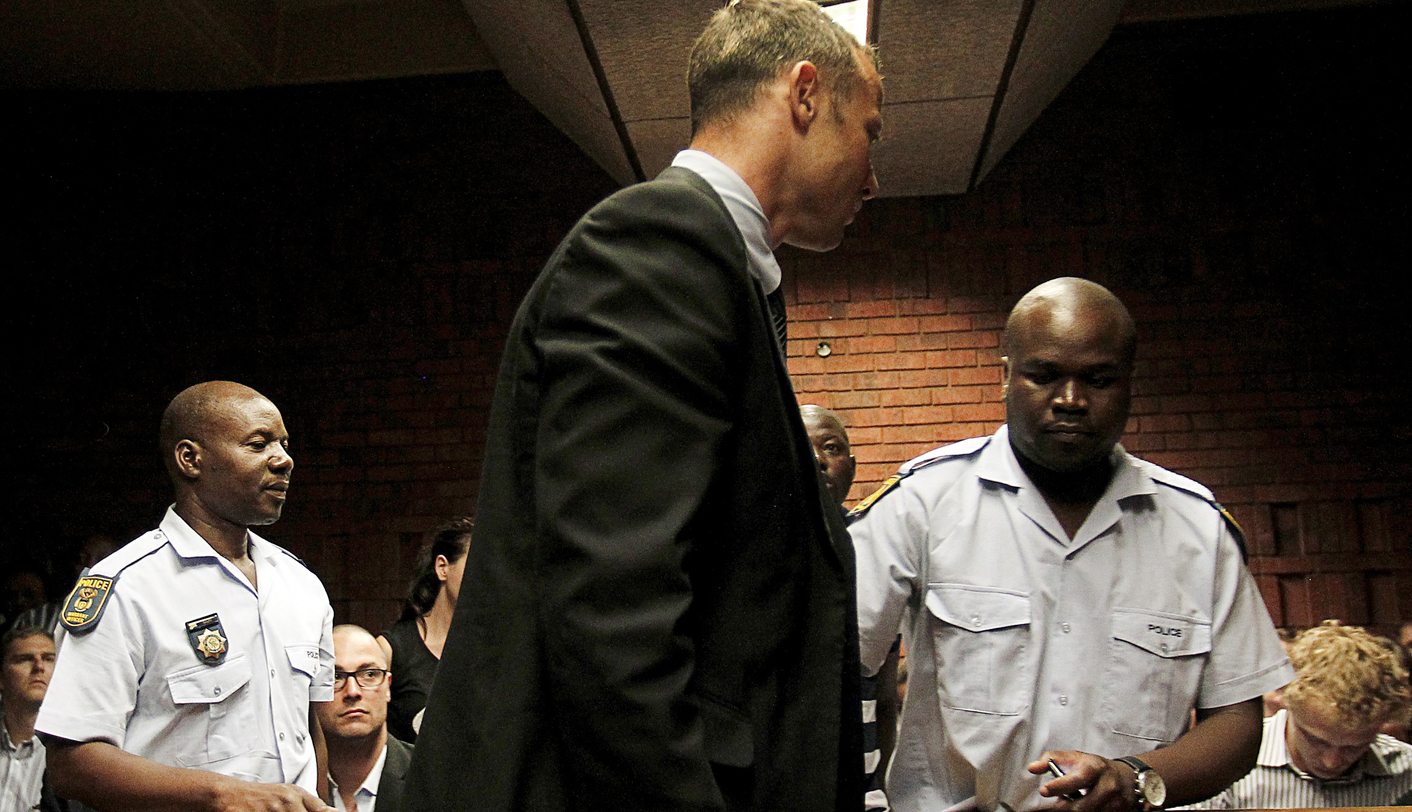 At least 13 workers have been injured at an Anglo American Platinum mine, some shot with rubber bullets and others hacked with machetes. Police spokesman Thulani Ngubane told Reuters the bloodshed was provoked by a dispute between the established National Union of Mineworkers (NUM) and the growing Association for Mineworkers and Construction Union (AMCU) over access to mine offices but that it was unclear who started the violence. Ngubane said 13 people had been admitted at Bleskop hospital but there were “no fatalities at this stage”. Amplats confirmed no one was fatally injured. NUM accused AMCU of intimidation but AMCU said it could not say what led to the incident as it was still getting details.

RAMPHELE: ELECTORAL REFORM IS THE FIRST ORDER OF BUSINESS

Anti-Apartheid activist and academic Dr Mamphela Ramphele has launched a new “party political platform” to challenge the ANC. Ramphele said South Africa’s ‘rainbow nation’ was dying under the ANC. “Our society’s greatness is being undermined by a massive failure of governance,” she said, urging South Africans to “build our nation into the country of our dreams”. The new party will be called ‘Agang’, the Sesotho word for ‘let us build’. Ramphele criticised the ANC’s process of drawing up party lists and dishing out seats in Parliament, saying it was her intention to launch a million signature campaign for electoral reform, that it was the “first order of business for the parliament after 2014”. ANC spokesman Keith Khoza told Reuters while it had noted her announcement, her launch speech offered nothing new.

The Democratic Alliance says Dr Mamphela Ramphele’s move to start a new party political platform is “another step in the long process of realigning South African politics”. National spokesman Mmusi Maimane said Ramphele shared the “DA’s core values of non-racialism and constitutionalism” and that the party would “continue to engage with Dr Ramphele in the coming months”. Leader of the Inkatha Freedom Party, Prince Mangosuthu Buthelezi, said Agang would “boost the opposition’s ranks in our fight for our fledgling democracy, the rule of law, the sovereignty of our Constitution and our joint efforts to stop corruption, which has become the bane of our country.” The United Democratic Movement said it was looking forward to working with her “in our efforts to build a strong political alternative for the people of South Africa”.

Oscar Pistorius has cancelled all his scheduled track appearances in the next few months to concentrate on defending himself against the murder charge against him. “I have decided that following these tragic events that we have no option but to cancel all future races that Oscar Pistorius had been contracted to compete in,” the Paralympic star’s agent, Peet van Zyl, said in a statement. The ‘Blade Runner’ was charged with the premeditated murder of his girlfriend, Reeva Steenkamp, last week. Van Zyl said Pistorius’ sponsors that were supportive and their contractual commit commitments maintained. “They have said they are happy to let the legal process take its course before making any change in their position,” Van Zyl said.

ARRESTS MADE IN CASE OF CHIKA MURDER

Three men, arrested for conspiracy to commit murder in the case of ANC North West official Obuti Chika, have appeared briefly in the Klerksdorp Magistrate’s Court. The Hawks spokesman Paul Ramaloko said the men would apply for bail on Tuesday, and would be joined by another suspect arrested on 14 February. African National Congress Youth League said on Sunday its North West chairman Papiki Baboile was among those arrested. “Comrade Baboile is charged with alleged conspiracy to commit murder,” spokeswoman Khusela Sangoni-Khawe said in a statement. Chika, 33, was shot at point-blank range in the driveway of his home in Alabama, Klerksdorp, on 14 December. He was the ANC’s regional secretary in the Dr Kenneth Kaunda District Municipality.

The Jacob Zuma RDP Education Trust has been accused of failing pay tuition fees for students to whom it promised bursaries. Reports say students have been forced to drop out, incur debt and find alternate sources of money, as their fees have not been paid. “This is unacceptable,” said the DA’s spokeswoman on higher education, Annelie Lotriet, adding that she would be submitting parliamentary questions in an effort to determine the reasons why students had been let down. She said the Trust is a beneficiary of the Presidential Address Golf Challenge (PAGC), an event that is hosted by the ministry of public service and administration and funded by state resources. ‘The President should not use his position and influence for the benefit of his Trust and then break promises to the students it is supposed to assist,” Lotriet said.

DRIVER ACCUSED OF KILLING JOGGERS GIVEN BACK LICENCE

The mother of one of the five joggers killed when a Mercedes ML500 slammed into them is outraged that the accused, Sibusiso Langa, has been given back his driver’s licence, Sapa reports. The North Gauteng High Court in Pretoria ordered it be returned to him after his lawyers argued that Langa’s trial had been delayed as he his movements were hindered by the lack of licence. Langa was allegedly drunk when he ploughed into the group of joggers in 2011. He faces five counts of murder, and one of attempted murder, in the deaths of Given Mills, Nomvula Dumeko, Reneilwe Lesenyeho, Moroesi Mokoatsi and Isaac Tlale.
WHAT STUDENTS WANT AFTER GRADUATION

A survey of 16,900 tertiary students at South Africa’s 23 accredited institutions has shown government and parastatals are the employers of choice for graduates – but not with high achievers. This is a global trend we are seeing in a number of other markets,” said Jenali Skuse, research manager at Universum. “In uncertain economic times, students tend towards government as it is an employer associated with stability and job security.” High achievers, however, prefer prestigious private sector companies. Research showed women expect to earn less, and do earn less at all levels while black students have highest salary expectations. “Students are well aware of the challenges faced when trying to find a job, and white students tend to perceive themselves as less likely to be hired as a result of the BBEEE codes, which is reflected in their salary expectations,” said Skuse. Mining houses have decreased in popularity. DM