To Africa, from Russia with love 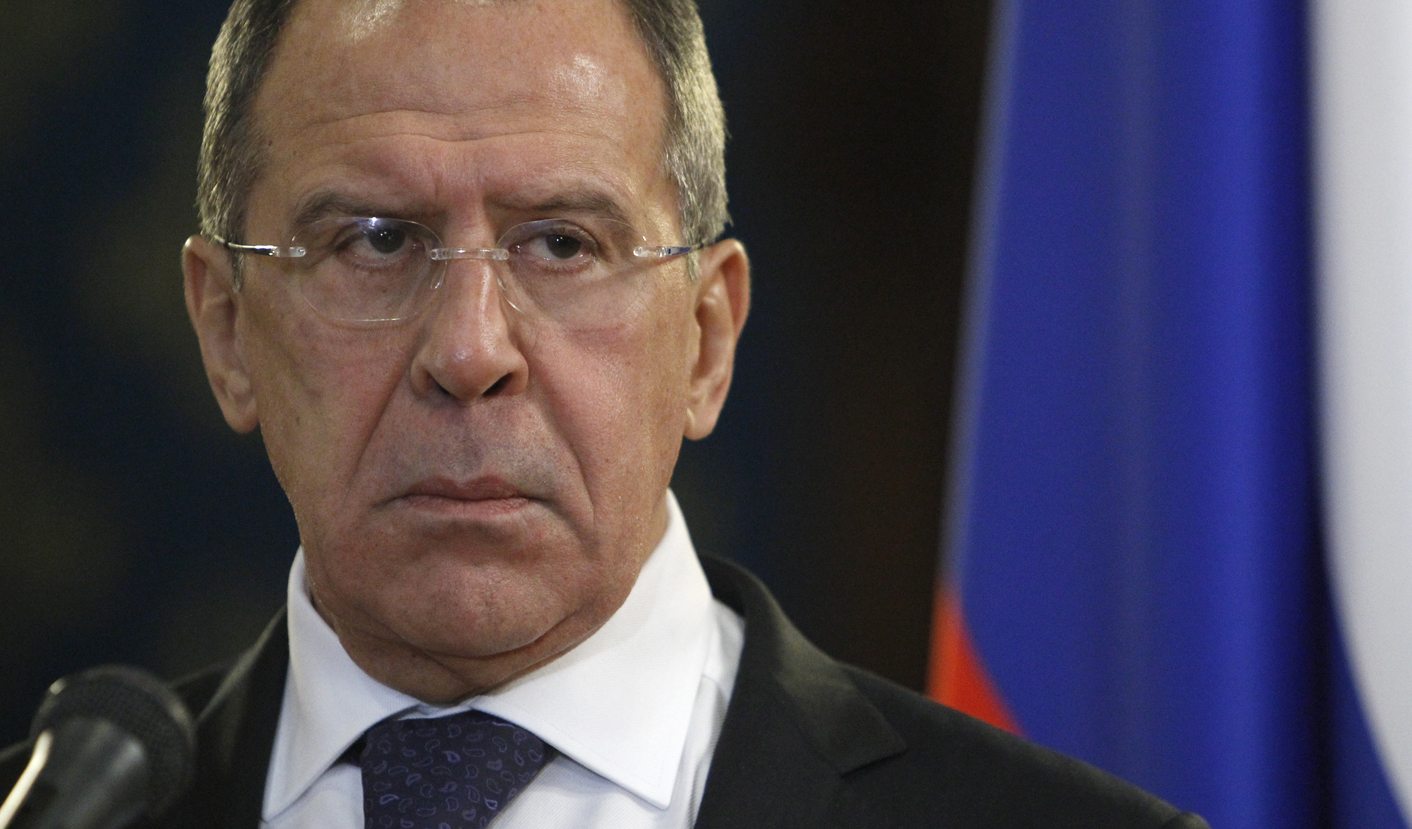 Russian foreign minister Sergei Lavrov called on his South African counterpart, Maite Nkoana-Mashabane, in Pretoria on Tuesday. Together they said all the right things about enhancing bilateral relations, mutual co-operation and trade volumes. Lavrov’s visit, however, is part of a greater Russian strategy to find some relevance to Africa. By KHADIJA PATEL.

There is a Russian correspondent based in Pretoria who, in the last month, has not missed an opportunity to quiz the minister and deputy minister of international relations about what exactly Russian officials visiting South Africa will be getting up to in the coming months.

What is Russian foreign minister Sergei Lavrov expected to focus on during his visit? Is Lavrov expected to discuss the formation of the Brics bank? Are any concrete steps being taken to enhance trade between South Africa and Russia? Will Russian president Vladimir Putin’s visit to Durban for the Brics summit be a state visit as well?

For all his earnestness, South African officials could only offer the reporter carefully worded official positions and expressions of hope and optimism in the fellowship of Brics.

The ostensible thrust of Brics appears to be the gradual conversion of economic clout into greater geopolitical “influence”.

Although South Africa already has strong economic ties with Brazil, India and China, South Africa’s relations with Russia within the context of Brics have been more about strategic alignments in global politics than using Brics to further economic goals. Nkoana-Mashabane said both she and Lavrov agreed that despite the two countries’ excellent diplomatic and political relations, there was still a need for improvements in trade, economic relations and technical co-operation.

When then-Russian president Dmitry Medvedev visited Nigeria in 2009, he noted that Russia was “almost too late” in engaging Africa. “Work with our African partners should have been started earlier and Africa is waiting for our support,” he said.

Medvedev added, “Our policies here will be very friendly, but at the same time pragmatic” – noting that the Soviet Union “always held a very friendly position with regard to African countries, helping them win independence.”

South Africa, of course, is no exception. Many ANC members received military training from the Soviet Union – most notably former president Thabo Mbeki.

And when Minister Nkoane-Mashabane answered the Russian journalist last month, she named this long-term relationship with Russia. “We see a lot of potential in working on the historic relations that we have with Russia to improve trade,” she said.

For the moment, though, Russia is playing catch-up to China and India in Africa, and even the good opinion it could have depended on from the good, old Soviet Union days is eroding. Researchers from the Institute for African Studies in Russian Academy of Sciences say their research on attitudes towards Russia in Africa has found that Russia’s image is directly dependent on its domestic and foreign policy, and given the criticism of Russia in mainstream global media, younger generations of Africans are increasingly skeptical of Russia.

Still the Russians appear determined to rediscover some relevance to Africa. To this end, Lavrov’s current African tour has already taken him to Algeria and will also take him Mozambique and Guinea.

Strengthening economic ties in Africa, however, appears to be a broad goal without specific targets. Irina Filatova, Professor Emeritus at the University of KwaZulu-Natal in South Africa and a professor at the National Research University at the Higher School of Economics in Moscow, told Think Africa Press last year that Russia was actually stymied in developing better economic relations with Africa by not knowing how to exploit economic interests here. “Russia is interested in developing economic relations with Africa, but does not have much to offer,” Filatova says. “And what it does have to offer, it does not quite know how to.”

Nkoana-Mashabane also stressed the importance of translating the ambition of strengthening economic ties with actual targets. “Our challenge and priority is to focus our attention and resources on critical priorities, concrete projects and instruments that will enhance our economic relations and technical co-operation,” she said.

Nonetheless, Human Rights Watch on Tuesday cautioned that South Africa should be more discerning in its choice of trade partners. They say they have had an office in Russia for over 20 years, and “firmly believe that a truly unprecedented political crackdown is presently under way.”

The niceties of a good human rights record, however, rarely figure in the pursuit of greater economic and political clout. DM