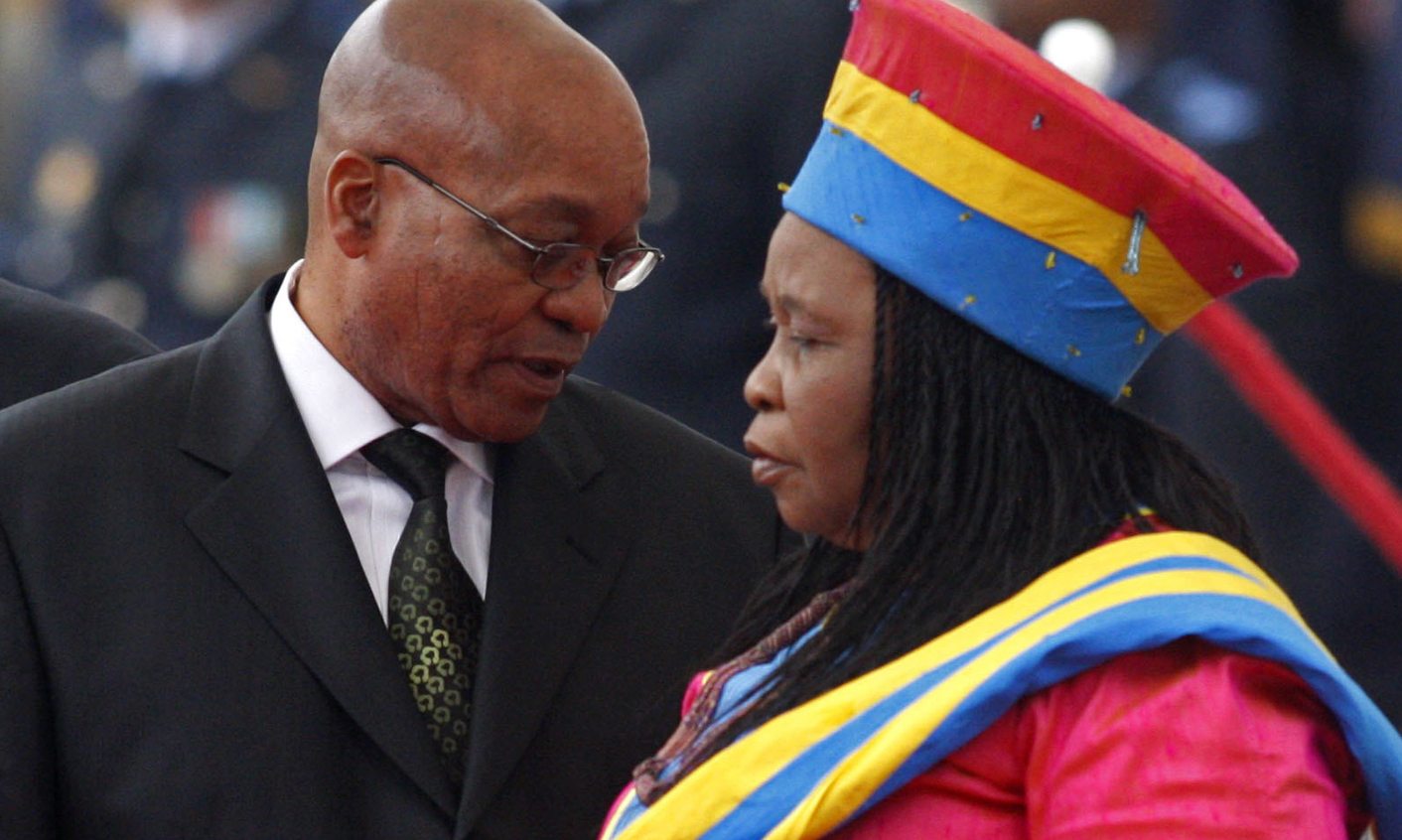 XINGWANA: NO BAIL FOR RAPISTS

Minister for women, children and the disabled, Lulu Xingwana, says the two men accused of raping and killing Anene Booysen should not be given bail. Xingwana attended the Bredasdorp court hearing on Tuesday, sitting next to the teenager’s relatives. Xingwana said the “brutality and ruthless disregard for the lives of women points to a deterioration of the moral fibre of our society”, adding that perpetrators should “rot in jail”. She said Booysen’s death was a “national call to action. In the name of Anene, we must make a solemn pledge never to turn a blind eye to abuse and never to allow rape to go unreported and unpunished. This will be the best tribute her”. The case against the two men, Jonathan Davids and Johannes Kana, was postponed until 26 February.

The police ministry has responded to a call from Crimeline to bring back specialised police units to deal with violent and sexual crimes, and to invest in training for officers. In a statement to Crimeline, the department says family violence, child protection and sexual offences (FCS) units are being “capacitated”. The ministry said, “priority is now placed on fighting crime against women, children and the elderly”, and that “1,527 members had already undergone and passed psychometric testing and 1,727 were trained on detective work”. Police minister Nathi Mthethwa had last year visited FCS officers, psychologists and cluster commanders “with a view to understand some of the bottlenecks and challenges facing them”.

Justice minister Jeff Radebe says a task team that reviewed the closure of specialised sexual offences courts has recommended that such courts should be reinstated, and is looking into what resources will be needed to do so. Spokesman Mthunzi Mhaga said although no timeframe had been drawn up, Radebe was treating the matter seriously. “We want to be thorough in the process of auditing and also allocating enough funds and also allocating the relevant people with the required skills,” Mhaga said. “People should exercise a bit of patience, but we’re committed to ensuring that the process moves as fast as possible.”

The South African Government has “strongly” condemned the latest nuclear test carried out by the Democratic People’s Republic of Korea (DPRK), the department of international relations and co-operation said in a statement. “South Africa believes that it is a prerequisite for peace and security in the region that the DPRK, as a confidence building measure, verifiably proves to the international community that it has permanently and fully dismantled any nuclear weapons. South Africa continues to urge all parties involved to avoid any actions that could exacerbate the volatile situation in the region,” said minister Maite Nkoana-Mashabane. She said the move by North Korea was a “clear violation of United Nations Security Council resolutions calling on the DPRK not to conduct any further nuclear tests”.

An explanation by the minister of public enterprises is needed to clarify the reasons why SAA’s acting CEO, Vuyisile Kona, was suspended, says the DA. Public enterprises spokeswoman, Natasha Michael, said reasons for his ousting “appear to be clouded in uncertainty, with no substantive explanation forthcoming from either the board or Minister Gigaba”. The board of SAA said the “precautionary” suspension was based on “certain allegations that have come to the attention of the board, in respect of which the board has a fiduciary duty to investigate”.  CEO of Mango, Nico Bezuidenhout, will oversee the group’s operations until a permanent CEO is appointed.

FOREIGNERS WILL HAVE TO LEASE LAND UNDER NEW POLICY

Land reform minister Gugile Nkwinti says foreign nationals will not be allowed to own land once government has legislated its land policy. Nkwinti was speaking to farmworkers in Paarl during a pre-Sona ‘dialogue’ arranged by government, and responded to a question from a worker. “All people who are foreign nationals will not own land, but will lease land on a long-term basis,” he said. An audit of state-owned land was completed, but a review of public and private land was still underway, he said. Private land included land own by foreigners.

The new draft of the Dangerous Weapons Bill will go a long way towards dealing with the issue of carrying dangerous weapons during protests, the Democratic Alliance says. Presenting the amended Bill to parliament, police minister Nathi Mthethwa said disturbing incidents “such as clashes between police and communities stand in direct opposite of our efforts of creating a harmonious relationship” between police and the South African community. “Embedded in some of these protests, has been the downright provocation of police officers by protesters, using dangerous weapons,” he said. DA police spokeswoman, Dianne Kohler Barnard, said the most important aspect of the Bill “is that it will prohibit the carrying of dangerous weapons and objects likely to cause injury or damage to property at a demonstration or gathering”, a welcome move after last year’s violent protests.

HIV positive rapists in Limpopo could face an additional charge of attempted murder, if the police in the province have their way. Spokesman Brigadier Hangwani Mulaudzi said the provincial police department wanted to add the charge because of the “prevalence of rape”, Sapa reported. Mulaudzi said since January, when someone was arrested for rape, an application for HIV testing was made to a magistrate, in accordance with the provision of the Sexual Offences Act, Act. “The magistrate will give an order to proceed with the HIV test. That is very critical. We don’t do anything haphazardly.” He said the move was “critical” to law enforcement. DM

Photo: Minister for women, children and the disabled, Lulu Xingwana, says the two men accused of raping and killing Anene Booysen should not be given bail.(REUTERS)