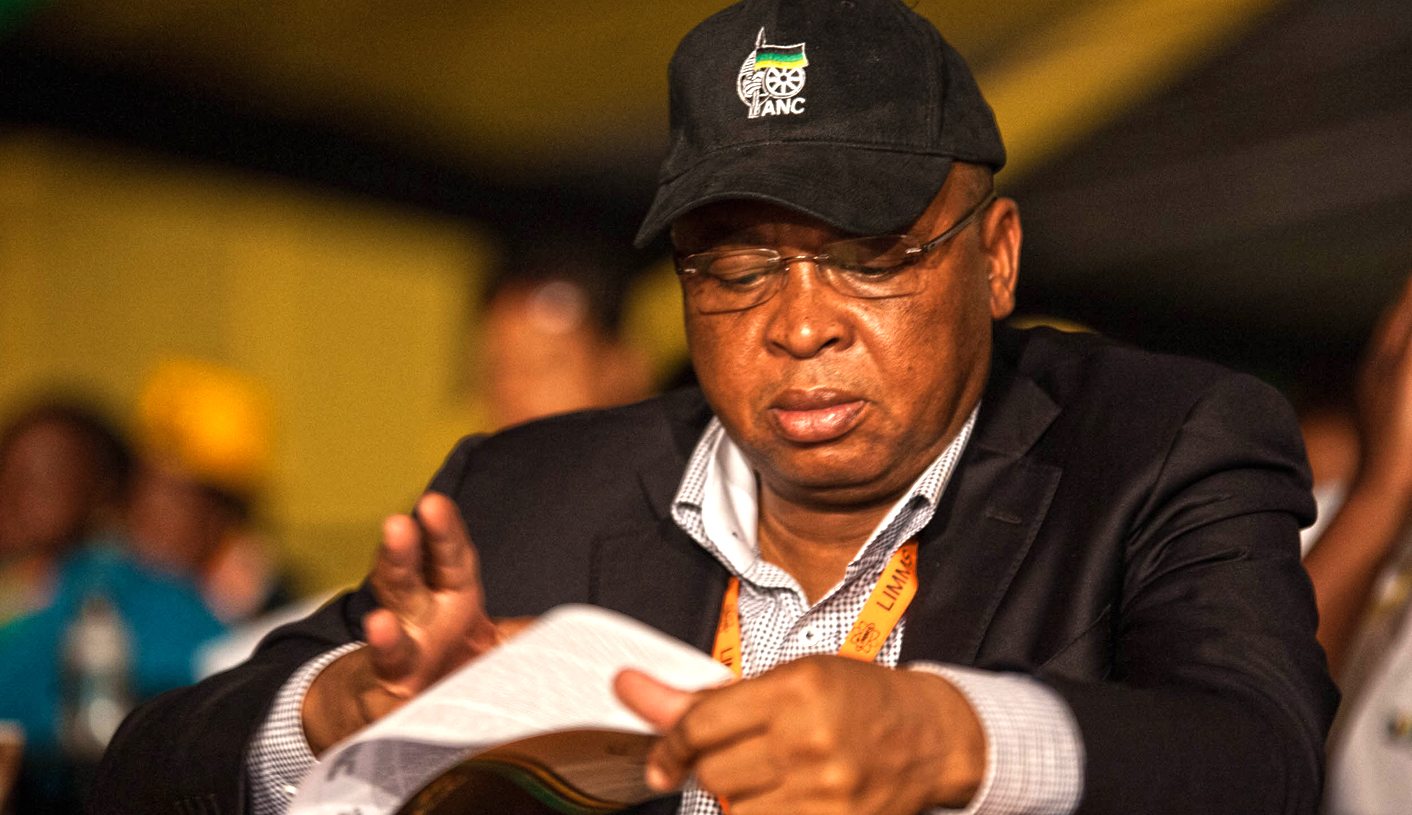 An internal report by the ANC’S national leadership shows that it is now inevitable that the party’s Limpopo provincial executive committee will be dissolved. According to the report, all five ANC regions in Limpopo are unanimous that the provincial leadership committee under Premier Cassel Mathale must be disbanded. The executive committee’s continued association with expelled ANC Youth League leader Julius Malema seems to be the number one charge against it. By RANJENI MUNUSAMY.

The ANC national working committee (NWC) conducted a two-day visit to Limpopo late last month, during which members of the committee visited all five regions to consult with ANC branches. According to ANC national spokesman Jackson Mthembu, “this exercise was undertaken to appraise the NWC on the state of organisation throughout the province.”

The Limpopo provincial executive committee (PEC) was central to the Forces of Changes campaign advocating for President Jacob Zuma’s removal at the ANC’s Mangaung conference in December. Prior to, and even more so after the national conference, efforts to disband the Limpopo ANC leadership intensified. Limpopo is seen as the last bastion of resistance against the new national leadership of the ANC, even though the province last month pledged support for the Mangaung crew.

The province was also axed ANC Youth League (ANCYL) president Julius Malema’s home base, and the ANC clearly wants to suffocate any support and funding sources still propping him up.

An internal report on Limpopo from secretary general Gwede Mantashe’s office says the visit to the province followed “serious organisational and political challenges”.

“Cadres Forums were held in all the regions of the province with NWC and NEC deployees to the province… The nature of the meetings was such that branches were allowed to raise all issues that impact on the day to day running of the organisation,” the report states.

The report reads like a rap sheet against the Limpopo PEC and is slanted towards enabling the NEC to get rid of the provincial leadership.

On the Waterberg region, the report states that those branches suspected of opposing the PEC line on Mangaung were deemed illegitimate. The Limpopo nominations conference last year descended into chaos and violence due to the disputed credentials of Waterberg delegates.

According to the report, Waterberg branches claim “the PEC made it difficult for the region to register its delegates for the 53rd national conference by withholding conference packages”.

“There were complaints about purging of comrades who held different views from the PEC and the use of the media to undermine ANC decisions.” An example given in the report is the decision of ANC national disciplinary committee on the expulsion of Malema.

“In the end the meeting called for the disbandment of the PEC as a solution to the political and organisational challenges facing the province, as the organisation has attracted a lot of negativity under the leadership of the current PEC.”

There were also calls in the Mopani region for the provincial leadership committee to be axed. According to the report, the region claimed that some of their challenges began “when the province announced a leadership line-up and instructed branches to follow suit”. There were also complaints raised in the meeting about “insults hurled at the president, Zuma” by provincial secretary Soviet Lekganyane.

There were however objections to sports, arts and culture MEC and NEC member Dipuo Letsatsi “addressing crowds of people that the PEC is going to be disbanded”. Although she serves in Mathale’s cabinet, Letsatsi is a vocal opponent of the PEC.

The region also raised opposition to PEC members supporting Malema. “There were complaints about the PEC for having supported an expelled member who is facing criminal charges at his court appearance thereby abandoning the PGC (the provincial general council, taking place on the same day).”

The influential Peter Mokaba region, which includes Polokwane, also expressed concern about their leaders’ loyalty to Malema. “There were complaints that the PEC and the REC failed in their responsibilities when they chose to attend Julius’s trial over the PGC.”

In a possible further reference to Malema, the report states: “There were allegations that the ANC and governance structures were being controlled by people outside the ANC”.

“The majority of branches except one comrade called for the disbandment of the PEC,” the report says of the meeting in the Peter Mokaba region.

The Vhembe region also wants the PEC to be disbanded, according to the report, “especially in light of the coming general elections in 2014”.

ANC members in the Sekhukhune region went further, saying that failure to disband the PEC would “present us with difficulties going into the 2014 general elections”. This region also complained about the PEC members at Malema’s court appearance, as well as backing in provincial ANC structures for the “Friends of the Youth League”, a parallel group set up to support the former ANCYL leaders.

The report says that the Sekhukhune region also wants the Limpopo ANC Youth League disbanded because of its support for Malema and attack on Dickson Masemola, Limpopo’s deputy chairman, who is in the Zuma camp.

“The disbandment of both these structures (the PEC and Limpopo ANCYL) will be in the interest of the organisation,” the report states.

“There were complaints that despite On-Point Engineering (Malema is a shareholder in the company) having been suspended from doing business with the provincial government, the Sekhukhune District Municipality still went ahead and gave On-Point business deals. The same district municipality returned R351 million to treasury as a result of under-spending,” says the report.

It was also alleged that the brother of deputy minister of arts and culture Jow Phaahla was a successful candidate in a job interview in one of the municipalities, but was not appointed because he had a different view to the PEC on the Mangaung leadership issue.

The ANC in Limpopo now has to formally respond to the report and will attempt to counter the litany of allegations against it to prevent disbandment of the PEC. The provincial spokesman, Makondelele Mathivha, was not available for comment last night.

But in the face of such a damning report and with the NEC stacked against it, the ANC Limpopo leadership is unlikely to survive for much longer, no matter how it tries to explain away the allegations. The report showing overwhelming support among ANC members in Limpopo will be used eliminate perceptions that getting rid of Mathale and his posse might have a negative impact on the 2014 election campaign and cause the ANC to lose support in the province.

The political guns are loaded and aimed directly at Polokwane – it is now a matter of time before they are fired. With all the allegations of corruption and poor performance directed at the Limpopo leadership, it turns out that the cause of their downfall will not be school children without textbooks, province-wide corruption, misappropriation of taxpayers’ money or broken roads and bridges.

Being friends with Julius Malema is now the cardinal sin in the ANC. The leadership of entire province of the ANC is to come crashing down because of him.

It is difficult to believe that in this same province, not too long ago, Malema was avowed by Zuma to be a future president. Now he is toxic matter and enemy number one. Such is the ebb and flow of life in the ANC. DM