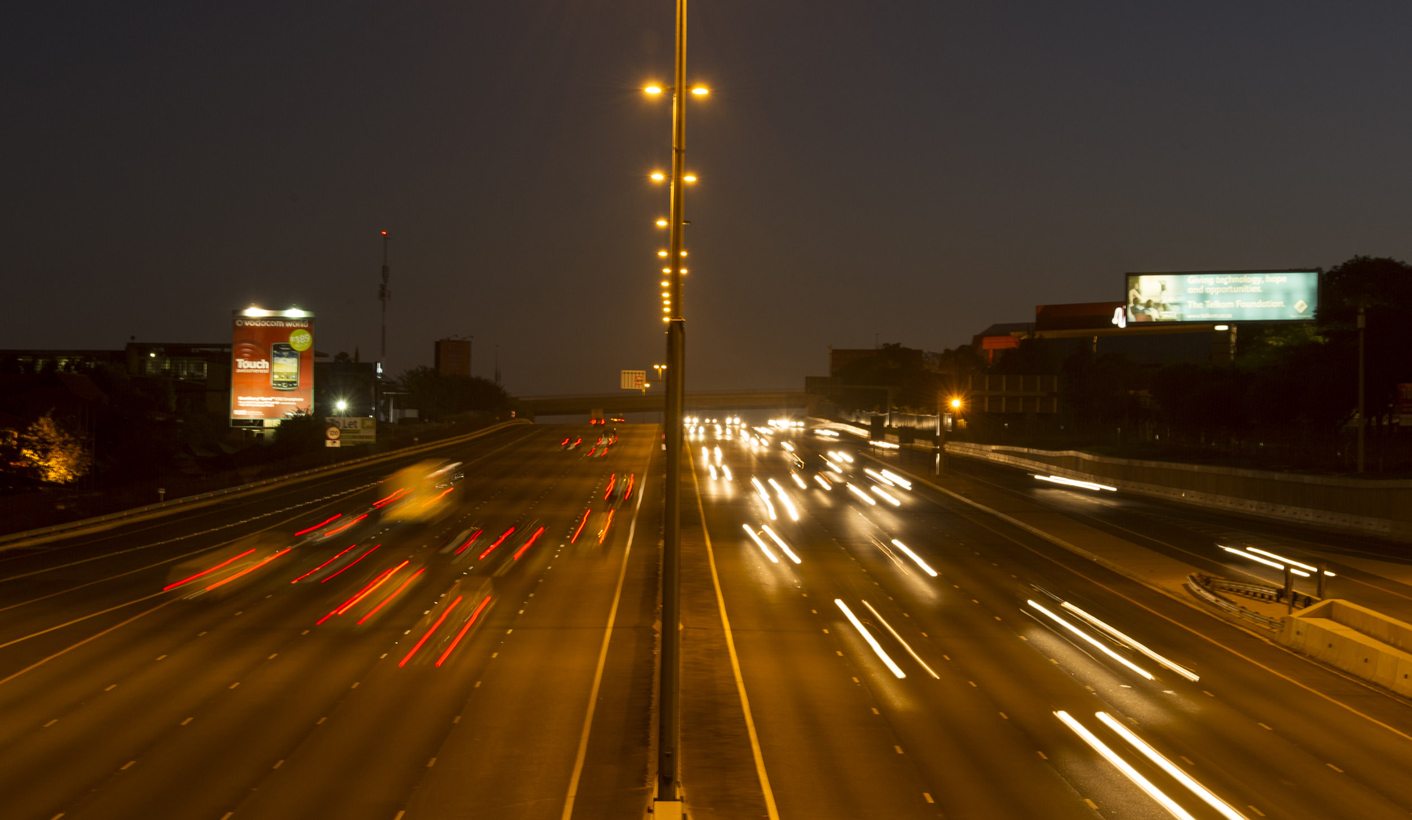 Cosatu has a “diversity of African people” to join the protests over e-tolls. The labour federation said the toll resistance protests needed the support of South Africans of all races. Sapa reports that provincial chairman Phutas Tseki said the union was aware that civil society is “fully behind us” in this protest. “What is critical about our march is that it is not only about black African people. It is about the diversity of African people,” he said. Cosatu launched the first in a series of “go slow” actions on Monday by driving slowly on Gauteng’s highways. He said Cosatu supported the on-going court processes initiated against e-tolls, even though it wasn’t directly involved. The protest convoy blocked off busy junctions in Pretoria, such as the corner of Nelson Mandela Drive and Francis Baard Street.

Anene Booysen’s alleged killers will appear in the Bredasdorp Magistrate’s Court on Tuesday. Media were allowed access to the court on Monday when one of the men, Johannes Kana, appeared in front a room packed with media and members of the public. The case was adjourned until Tuesday when Kana and a second accused, Jonathan Davids, will appear. While the court ruled that the media could access the proceedings, prosecutor Maria Marshall asked that photographs of Kana not be used in print or on television as police were still investigating and gathering evidence. Both men will remain in custody until their court appearance. Booysen was brutally gang raped and murdered on 2 February.

PROF JEWKES: BOYS MUST BE TAUGHT ‘NO MEANS NO’

A gender expert at the Media Research Council says that the way for South Africa to beat rape lies in the way boys are brought up to be men. Professor Machel Jewkes said South African men “generally do not see rape as a criminal activity that can lead them to prison. The majority of them think that if you want to have sex with a woman, you can have it, even if a woman does not want to.” The Daily News reported that Jewkes said this is “seen as a norm, and we need to change that mentality from a very young age.” Jewkes, who heads the council’s gender and health unit, said boys needed to be taught from a very young age that no means no. “We need to start having conversations at the family level rather than focusing wholly on women,” said Jewkes.

MPISANES WANT THEIR LUXURY CARS BACK

Sibusiso and Shauwn Mpisane have lodged an urgent application to get their nine luxury vehicles back. The cars were seized by the Asset Forfeiture Unit last week when it implemented an order that authorised them seize R140 million worth of the Msipane’s assets. The Msipanes, in their application, are concerned about the “insecure facilities” where the cars are being kept. They also asked that Trevor White be removed as curator. Sapa reports that Shauwn Mpisane said paying for the moving and storing of the cars would deplete “my estate and that of my family rapidly”. She is currently on trial for alleged tax evasion, having already been found guilty of fraud in 2011.

The Democratic Alliance has asked Jerome Maake, chairperson of the joint standing committee on defence, to schedule a special hearing on the deployment of the SANDF to the Central African Republic. Defence spokesman David Maynier said President Jacob Zuma’s clarification of the costs involved – now said to be in the region of R1.2 billion – meant South Africa would be spending R21 million a month for five years. “It makes no sense given SANDF priorities on the border of South Africa and within the South African Development Community,” Maynier said. The DA queried the costs at the time of Zuma’s announcement. Now the president has written to parliament to “clarify” the expenditure, saying R65 million he originally quoted was in fact for the period 3 January 2013 to 31 March 2013.

The auditor general has released his report into the spending of the Tlokwe municipality in Potchefstroom, confirming that the ANC municipality irregularly spent R143 million in 2011/12 under former mayor Maphetle Maphetle. Another R152 million was spent without authorisation and a further R2.8 million was wastefully spent. At the same time, it underspent its budget by R48 million, which had a major impact on service delivery in the area. Maphetle was ousted in 2012 and replaced by DA mayor Annette Combrink, who recently refused to drive a Mercedes-Benz ordered by her predecessor worth over R750,000 that was customised with rosewood and leather finishes.

SA HAS HIGHEST PRISON POPULATION IN AFRICA, NINTH IN WORLD

South Africa has the highest prison population in Africa and the ninth highest in the world. Correctional Services Minister S’bu Ndebele said in a speech to the senior leadership of the Police and Prisons Civil Rights Union and the Public Servants Association of SA that at least 30% of those 160,000 prisoners were awaiting trial. “That our offender population has remained constant, whether you remove pass laws, group areas, or Apartheid laws, should make us search more urgently for answers to the high prison population in South Africa,” he said.

Three awaiting trial prisoners were killed and 65 others were injured in gang-related violence at the St Albans correctional facility in the Eastern Cape in January. The violent outbreak followed another at the Groenpunt prison in the Free State.

Limpopo human settlements MEC Clifford Motsepe has denied that he tried to bribe a City Press reporter. “The allegation that I offered cash to one of their journalists is, naturally, complete nonsense. The suggestion that I would have done so ‘in what appears to be an attempted bribery’ is insulting and demeaning,” Motsepe said in a statement. He said he had a witness who overheard the meeting and will testify, “no discussion over money took place”. Motsepe said he intended taking legal action over the story. “I cannot let a false allegation, wrapped up in an affidavit and enhanced by innuendo, defame my character in such a way,” he said. DM