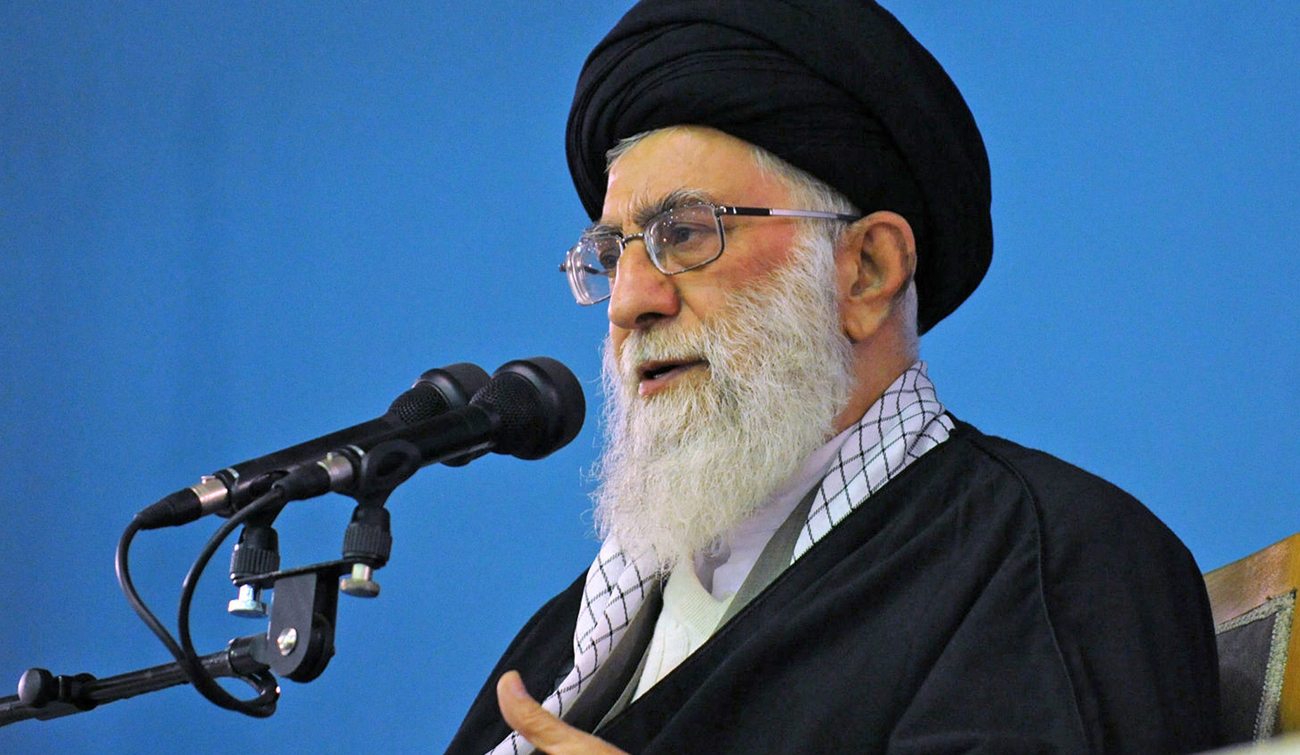 Iran's highest authority, Ayatollah Ali Khamenei, on Thursday slapped down an offer of direct talks made by U.S. Vice President Joe Biden last week, saying they would not solve the problem between them. By Marcus George.

“Some naive people like the idea of negotiating with America, however, negotiations will not solve the problem,” Khamenei said in a speech to officials and members of Iran’s air force carried on his official website.

“If some people want American rule to be established again in Iran, the nation will rise up to face them,” he said.

“American policy in the Middle East has been destroyed and Americans now need to play a new card. That card is dragging Iran into negotiations.”

Khamenei made his comments just days after Biden said the United States was prepared to meet bilaterally with the Iranian leadership. “That offer stands but it must be real and tangible,” Biden said in Munich on Saturday.

With traditional fiery rhetoric, Khamenei lambasted Biden’s offer, saying that since the 1979 revolution the United States had gravely insulted Iran and continued to do so with its threat of military action.

“You take up arms against the nation of Iran and say: ‘negotiate or we fire’. But you should know that pressure and negotiations are not compatible and our nation will not be intimidated by these actions,” he added.

Relations between Iran and the United States were severed after the overthrow of Iran’s pro-Western monarchy in 1979 and diplomatic meetings between officials have since been very rare.

ALL OPTIONS STILL ‘ON THE TABLE’

Currently U.S.-Iran contact is limited to talks between Tehran and a so-called P5+1 group of powers on Iran’s disputed nuclear programme which are to resume on Feb. 26 in Kazakhstan.

In Washington, U.S. State Department spokeswoman Victoria Nuland brushed off Khamenei’s remarks and urged Iran to show up in Almaty “prepared to discuss real substance” either in a group setting or in bilateral talks.

“We’ve always said that action on the Iranian side would be matched by action on our side, so it’s really up to Iran to engage if it wants to see sanctions eased,” said Nuland, adding that failure to address the nuclear concerns would bring more pressure on Tehran.

Israel’s Deputy Prime Minister Dan Meridor said he was sceptical the negotiations in Almaty could yield a result, telling Israel Radio that the United States needed to demonstrate to Iran that “all options were still on the table”.

Israel, widely recognised to be the only nuclear power in the Middle East, has warned it could mount a pre-emptive strike on Iranian atomic sites. Israel says the prospect of a nuclear-armed Iran threatens its existence, given Tehran’s refusal to recognise the Jewish state.

“The final option, this is the phrasing we have used, should remain in place and be serious,” said Meridor.

“The fact that the Iranians have not yet come down from the path they are on means that talks … are liable to bring about only a stalling for time,” he said.

Iran maintains its nuclear programme is entirely peaceful but Western powers are concerned it is intent on developing a weapons programme.

Many believe a deal on settling the nuclear issue is impossible without a U.S.-Iranian thaw. But any rapprochement would require direct talks addressing many sources of mutual mistrust that have lingered since Iran’s 1979 Islamic Revolution and the subsequent U.S. embassy hostage crisis in Tehran.

Moreover, although his November re-election may give President Barack Obama a freer hand to pursue direct negotiations, analysts say Iran’s own presidential election in June may prove an additional obstacle to progress being made. DM