‘Extraordinary Renditions’, aka How To Flout International Law With Impunity 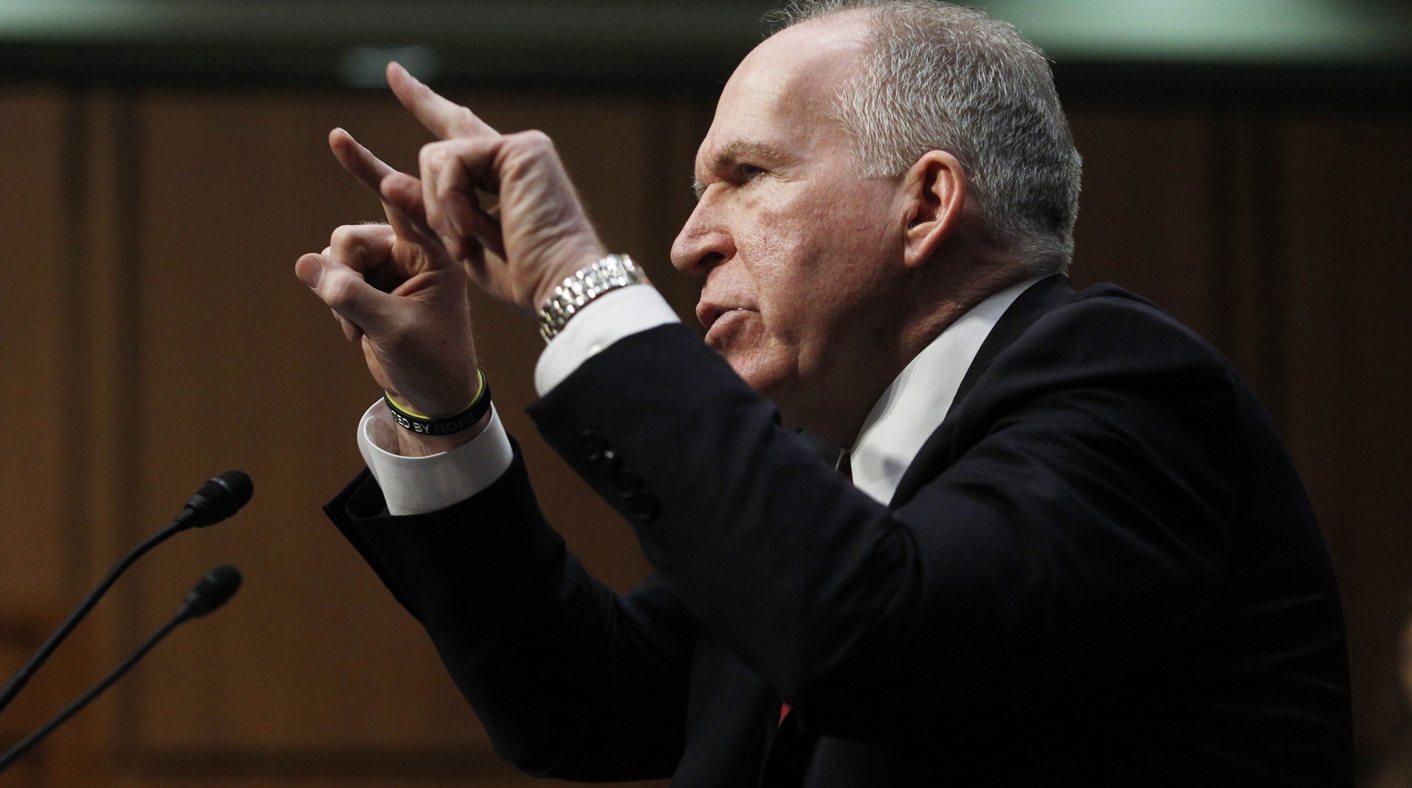 A report released this week by the Open Society Foundation has revealed the CIA’s efforts to outsource torture since 9/11 in excruciating detail. It is not pretty read. By KHADIJA PATEL.

“However, to date, the full scale and scope of foreign government participation—as well as the number of victims—remains unknown, largely because of the extreme secrecy maintained by the United States and its partner governments,” Open Society Foundation investigator Amrit Singh wrote in the report.

The official use of rendition to combat terrorism began in June 1995. Former US President Bill Clinton responded to the 1993 terrorist bombing of the World Trade Centre by signing Presidential Decision Directive 39, which authorised rendition for the capture terrorists.

From August 1995 to September 2001, eight suspected terrorists were rendered to American custody. Among the eight were three men wanted for the 1998 bombing of the American Embassies in Kenya and Tanzania, where 224 people were killed and 4,500 were injured. One of the three Embassy bombers was captured here in South Africa; the other two were captured from undisclosed locations. All of them ended up in New York City, where they were held until they stood trial.

The war on terror, however, employs “extraordinary rendition”.

Theresa Blackledge, writing in Global Review in 2011, explains that previously, rendition was used to transfer an individual from one jurisdiction to another for the purpose of adjudicating criminal offences. But since 9/11, extraordinary rendition has been used primarily by the United States to capture individuals in one jurisdiction and render them to a third jurisdiction. Extraordinary rendition has been employed by the US to gain custody of individuals when there is no legal mechanism available, and for the purpose of detaining the individual for intelligence gathering purposes.

“Typically,” Blackledge says, “the U.S. renders the individual to a third party nation that is well known for committing human rights abuses, such as Jordan, Syria or Egypt. The third party nation accepts custody of the detainee and employs ‘enhanced interrogation’ methods to obtain intelligence.”

More than one commentator has remarked at the irony of the US now demanding Syrian Bashar Al-Assad step down, when just a few years ago his inclination towards human rights abuses was actually exploited by US officials. Syria tortured terror suspects on behalf of the United States. The most famous case involves Maher Arar, a Canadian citizen snatched in 2002 by the U.S. at John F. Kennedy International Airport, before the CIA sent him to Syria under the mistaken impression he was a terrorist. In Syrian custody, Arar was “imprisoned for more than ten months in a tiny grave-like cell, beaten with cables, and threatened with electric shocks by the Syrian government,” Singh writes.

After ten months in prison, the Canadian government intervened on behalf of Arar, and he was finally freed without being charged with any crimes. In September 2006, a Canadian investigation cleared Arar of all charges. Canada’s Prime Minister apologised for the acts committed by American officials and ordered Arar be paid $9.7 million in restitution.

The Indian author Arundhati Roy, in her book The Ordinary Person’s Guide to Empire, says about this canny exploitation of human rights violators:

“[Former US] Attorney General John Ashcroft has declared that US freedoms are ‘not the grant of any government or document, but … our endowment from God’. So, basically, we’re confronted with a country armed with a mandate from heaven. Perhaps this explains why the U.S. government  refuses to judge itself by the same moral standards by which it judges others.”

Singh says,” “The U.S. government violated domestic and international law, thereby diminishing its moral standing and eroding support for its counterterrorism efforts worldwide as these abuses came to light.”

Supporters of extraordinary rendition believe that it has been an effective ploy in efforts to fight terrorism. They point out that the US has successfully repelled a terror attack on American soil since 9/11. But those opposed to the programme point out that the technique of “enhanced interrogation” has had dubious results.

They point out the case of Ibn al Sheikh Al Libi, an Al Qaeda leader responsible for running terrorist training camps in Afghanistan. He was captured on the Afghan and Pakistan border in 2001 and immediately rendered to Cairo for a dose of enhanced interrogation. Initially, Al Libi did not give the interrogators the information they sought, so the pressure was “enhanced” until finally Al Libi established the link between Al Qaeda and Saddam Hussein he believed the interrogators wanted. This link was used by former U.S. President George W. Bush to justify the 2003 war against Iraq. His Secretary of State Colin Powell even included that snippet of intelligence in his report when he addressed the United Nations in February 2003.

We all know how that turned out.

Al Libi is said to have later recanted his statements, claiming the false intelligence was extracted under torture and it was provided to halt the interrogations.

High-ranking officials from the Bush administration have escaped responsibility for authorising human rights violations associated with secret detention and extraordinary rendition, and “the impunity that they have enjoyed to date remains a matter of significant concern,” Singh says in the report.

But Open Society notes as well that the US is not the only government in the world that must reveal the full extent of its complicity in extraordinary renditions. The report says, “[R]esponsibility for these violations does not end with the United States. Secret detention and extraordinary rendition operations, designed to be conducted outside the United States under cover of secrecy, could not have been implemented without the active participation of foreign governments. These governments too must be held accountable.”

One such government is our own.

“In light of the secrecy associated with the abduction and the lack of any record in South Africa of his deportation or extradition, it appears that South Africa gave US intelligence agencies carte blanche to pursue his abduction and rendition from South Africa,” the report said.

“Investigators at Human Rights Watch believed he was held in CIA custody and then transferred to Pakistani intelligence agents.

“He was ultimately released in April 2007 in Pakistan in poor physical health and died within several weeks of his release.”

The other case documented in the report is the well-known case of Khalid Rashid, another Pakistani national. While it is still suspected that Rashid may have been handed over to U.S. agents, the report notes that it is not clear that the CIA was involved in this case. After a high-profile court case, in 2005, the South African Department of Home Affairs admitted to transferring Rashid to Pakistani authorities who travelled to South Africa to receive him.

“The South African minister of home affairs claimed that Rashid was arrested and deported because he resided in the country illegally.

“Rashid was flown from South Africa in a Gulfstream II owned by AVE, a company registered in Kyrgyzstan; the charter was arranged by the government of Pakistan.”

The report notes that, in 2009, South Africa’s Supreme Court of Appeal found that Rashid’s detention at the Cullinan police station without a warrant, his removal from that facility without a warrant and his deportation to Pakistan were unlawful.

Rashid was said to have been released in December 2007.

The Open Society report explains unequivocally that such practices of extraordinary rendition pervert the tenets of international law. “There can be no doubt that in today’s world, intergovernmental cooperation is necessary for combating terrorism. But such cooperation must be effected in a manner that is consistent with the rule of law,” the report says.

What is clear from the Open Society report is that extraordinary renditions pose a serious threat to basic human rights: life, liberty, and the security of the person. And more worryingly, the report is not entirely confident that the programme was halted by the Obama administration.

Although Obama issued an executive order in 2009 to halt the detention of suspected terrorists without trial, the order “did not apply to facilities used for short-term, transitory detention.” These short-term facilities are reported to still be flourishing in, among other places, Somalia. The Obama administration says it won’t transfer detainees to countries without a pledge from a host government not to torture them — but as Wired points out, Syria’s Assad made exactly that pledge to the U.S. before torturing Maher Arar.

And as horrific as Arar’s experience was, he is perhaps lucky to have emerged from it alive and been compensated for his difficulties. Others have not been so lucky.

In December 2003, German citizen Khalid al Masri went on vacation to Macedonia and disappeared for five months. Al Masri was captured by CIA agents and rendered to a prison in Afghanistan where he claims he was interrogated, beaten, and placed in solitary confinement.

The CIA’s capture of al Masri was a case of mistaken identity. The American Civil Liberties Union filed a lawsuit against the CIA and the Director of Central Intelligence George Tenet on behalf of al Masri. In October 2007, al Masri’s hopes for restitution were flouted when his case was refused by the US Supreme Court on the basis of protecting state secrets.

The practice of outsourcing torture, meanwhile, continues – and few can be certain of its extent. DM

Photo: Deputy National Security Adviser John Brennan testifies before a Senate Intelligence Committee hearing on his nomination to be the director of the CIA, on Capitol Hill in Washington February 7, 2013. REUTERS/Gary Cameron